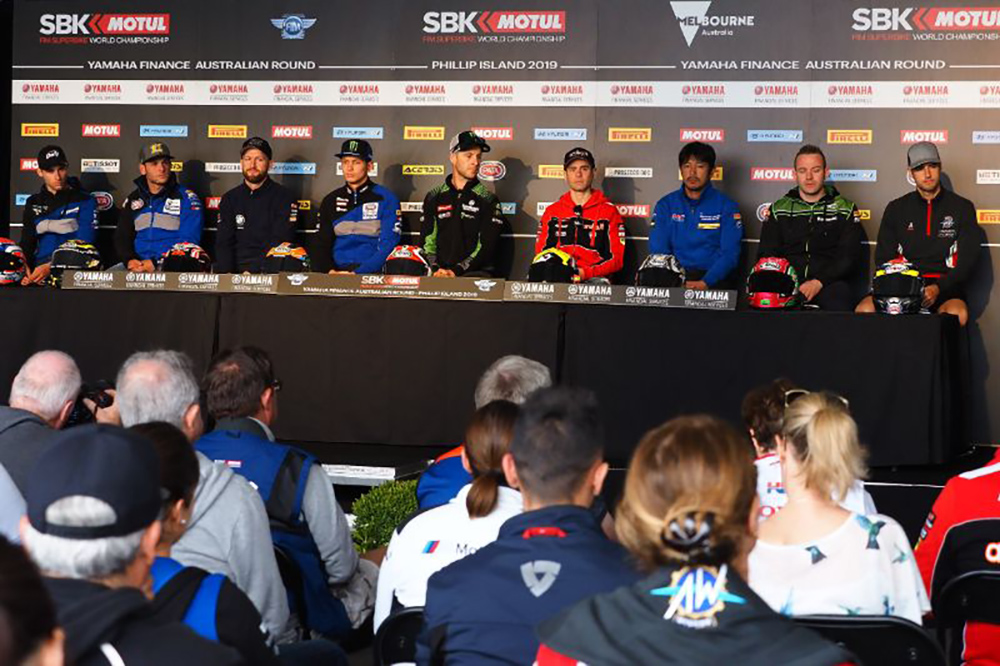 Then it was the turn of WorldSBK Executive Director of Sporting & Organization Departments Gregorio Lavilla to speak: “Our adventure started seven years ago, and after all this time, I can finally say that we are reaching our goals. We are happy about our partnerships with all the teams, sponsors and circuits. Starting the new season here in Australia is always a great pleasure for us, and we would like to thank Victoria Government and Yamaha Motor Finance, who helped us promoting the event. 2019 will see WorldSBK adopting a new format, with the Tissot Superpole Race introduced on Sunday morning. But WordSSP300, which will debut in Europe in April, will also be different this year. We are facing new challenges, and we are excited about these changes. I hope all of you will support us in making the MOTUL FIM Superbike World Championship becoming even bigger this year”.

Reigning WorldSBK champion Jonathan Rea (Kawasaki Racing WorldSBK Team) also spoke about the new season and about the “triple treating” new weekend format: “It is always nice to be back here at Phillip Island. I have a lot of family and friends here, and while in Europe the weather is bad, here we can enjoy Summer. This year will be extremely special for fans, as they will enjoy Superpole and one race on Saturday and then two races on Sunday, and about me I love racing, and I can’t get enough of it for myself. We still need to understand how the new format will affect our, but we are excited about starting the new season, and we will fight for those additional points”.

The FIM Supersport World Championship will kick off in Australia this weekend too. The new season will see a lot of competition and many riders aiming for the title, as French rider Jules Cluzel (GMT94 Yamaha) also confirmed: “Competition this year is higher than ever before. There are a lot of riders able to fight for the title this year. They are not new to the championship, but many of those riders have changed team and are riding different bikes in 2019. I am ready for the new challenge ahead. Our winter was great, and these two days of testing here at Phillip Island were helpful. I am trying to adapt myself to my new bike and changing my riding style. I look forward to racing here this weekend”.

Action will begin on Friday morning with WorldSBK Free Practice 1 at 10.30LT (+11 GMT) before the first race of the 2019 season will take place on Saturday at 15.00 LT, and the battle will continue into Sunday with the first ever Tissot Superpole Race in WorldSBK history at 12:00 followed then by race two again at 15.00LT.