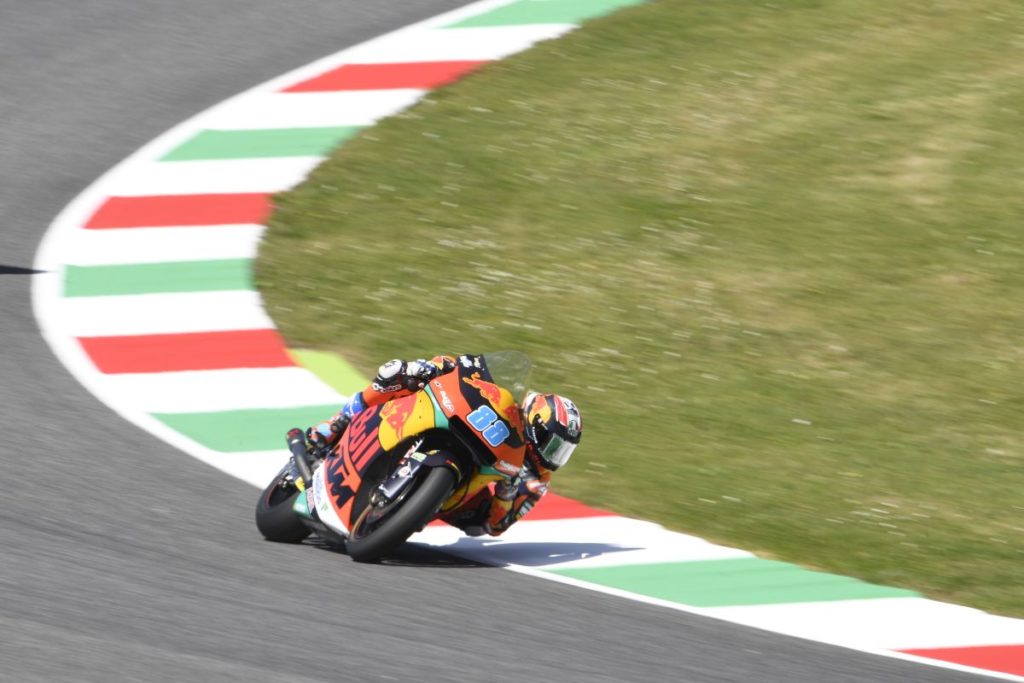 The Red Bull KTM Ajo Moto2 riders had a tough day in qualifying at Mugello. Jorge Martin and Brad Binder both had to try their luck in Q1, with the Spaniard ultimately able to make the cut and qualify in 12th for the race on Sunday.

Jorge Martin began FP3 positively, placing himself in the Q2 positions. Unfortunately though the Spaniard suffered a crash – with no major consequences – in the first half of the session, which halted his progress. Martin was able to return to the track and finish 17th – 1:52.628.

In Q1, the two Red Bull KTM Ajo riders fought for the top 4, but only Jorge Martin made it into Q2, finishing second and reducing his time from the morning by nine tenth – 1:51.749. The Spaniard maintained his good pace in Q2 and qualified 12th for Sunday’s Italian Grand Prix race. Meanwhile, Binder missed Q2 by just 20 thousandths of a second, leaving him fifth – 1:52.025 – in Q1. Tomorrow he will start on the seventh row of the grid, in 19th position.

“It was a tough day of qualifying. In Q1 I felt very comfortable, because the rubber they put down in MotoGP meant we had more grip. We took a big step forward lapping alone and I felt very good on the bike. For Q2, I tried to push a bit more but the feeling wasn’t the same. The front tyre had a few more laps on it and also I was tired from Q1. The important thing is that I maintained the same times in both sessions, I hope I can keep up the pace and be in front tomorrow.”