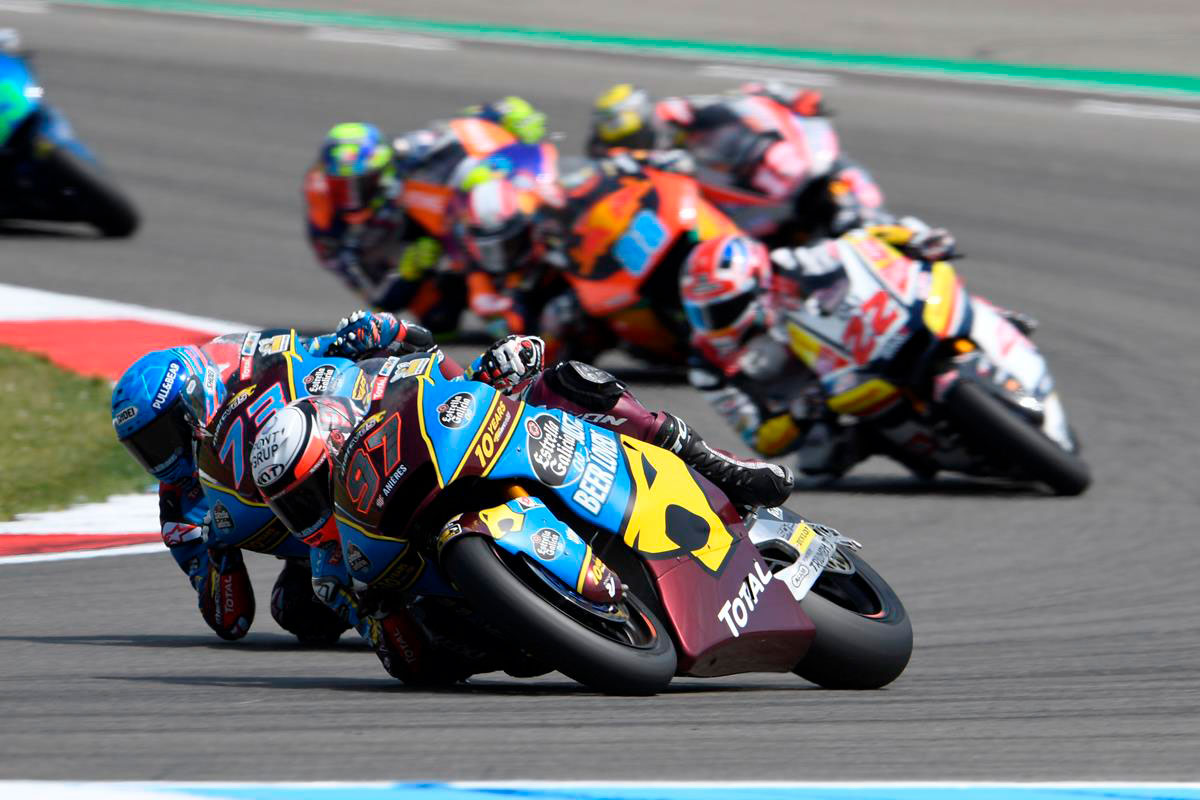 In the midst of the heat wave engulfing Europe, the 71st running of the Dutch Grand Prix got underway in sunny conditions with track temperatures of 26 degrees.

Both Team Estrella Galicia 0,0 Marc VDS were involved in the race of the year, a thrilling ten-rider fight for victory during which both Alex Márquez and Xavi Vierge looked capable of finishing on the podium.

Ultimately the Team Estrella Galicia 0,0 Marc VDS leaves the Netherlands empty handed after both Alex Márquez and Xavi Vierge crashed in incidents that weren’t their fault.

Alex Marquez
“It’s a shame what happened. We were leading again after what was a difficult weekend with difficult feelings. But we were still there. I’m happy for that, because the race was a big group. One lap I passed the line in tenth and I thought, ‘We need to get going.’ But then I recovered a lot of positions. In the end this is racing. It can happen, especially two laps from the end. We’ve made two ‘0’s in incidents that weren’t our fault. We need to keep going like this and I think we have a good opportunity before the holidays to recover the championship lead at the Sachsenring. We will give it our best there.”

Xavi Vierge
“It’s a pity! But we have to take the positive things. We did a great job all weekend. I did a great race and was fighting for the victory until the last five laps when I crashed. Baldassarri overtook me and I was preparing a move on him when Fernandez pushed me out. I lost the front wheel and I couldn’t save the crash. It was a shame. But anyway I’m really, really happy. We made a big step. I enjoyed the race a lot until the incident but it’s like that. We need to take the positives and stay in the same rhythm for the next races. I want to say thanks to my team because they believe in me and they did an amazing job.”