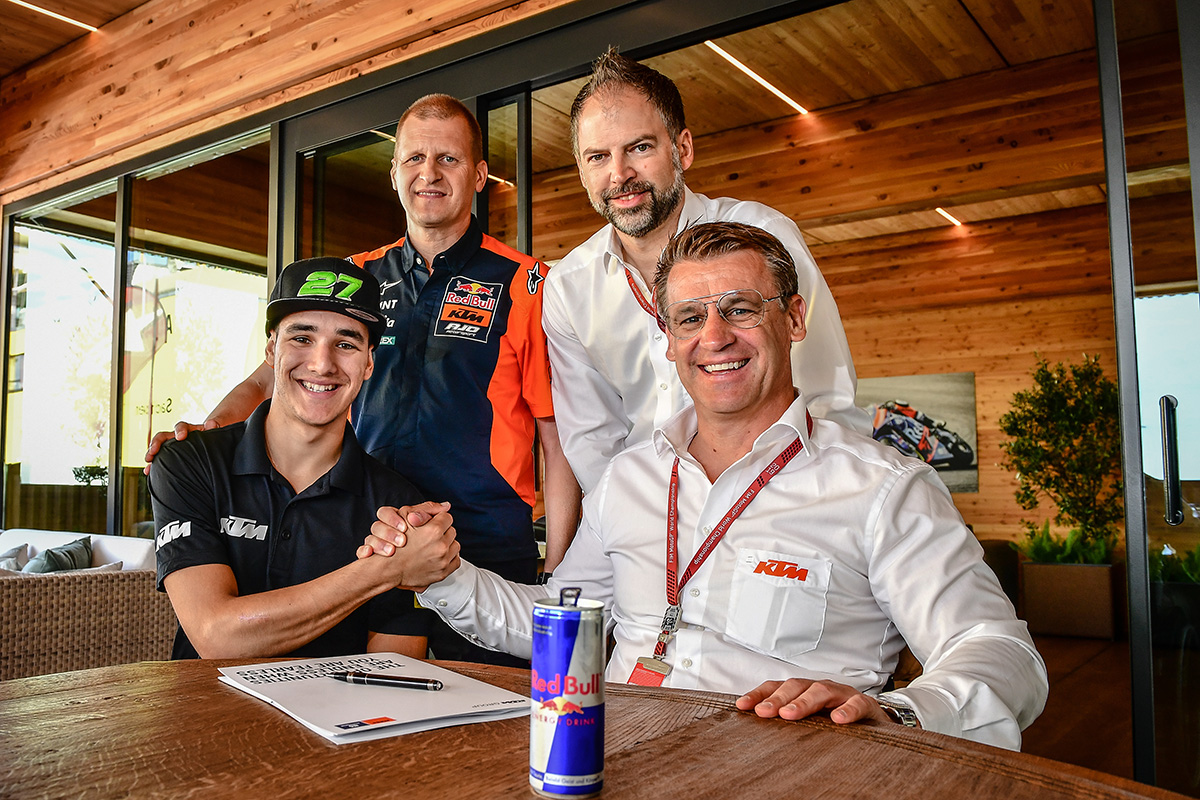 The Red Bull KTM Ajo team and Iker Lecuona are set to join forces for the next two seasons in the Moto2 World Championship. KTM and Ajo Motorsport have chosen the 19-year-old to replace Brad Binder in Moto2, as the South African steps up to compete for the Austrian manufacturer in MotoGP next season. The move will see Lecuona ride alongside the reigning Moto3 World Champion, Jorge Martin, in the intermediate category in 2020.

Lecuona, who made his World Championship debut midway through 2016, has three years of experience in the Moto2 class. Last season the Spaniard achieved his first podium in the World Championship – finishing second at the Valencia Grand Prix. In 2019, Iker sits 16th in the standings with 27 points, having completed the first half of the season.

With Jorge Martin and Iker Lecuona, who are 21 and 19 years old respectively, the Red Bull KTM Ajo team will field two of the best young riders on the Moto2 grid.

Iker Lecuona
“I’m really happy to have signed with Red Bull KTM Ajo. I think it is a great step for me and I’ve always wanted to be part of an official team and one with these possibilities. I’ll be giving 100% to make the most of it in the World Championship.”