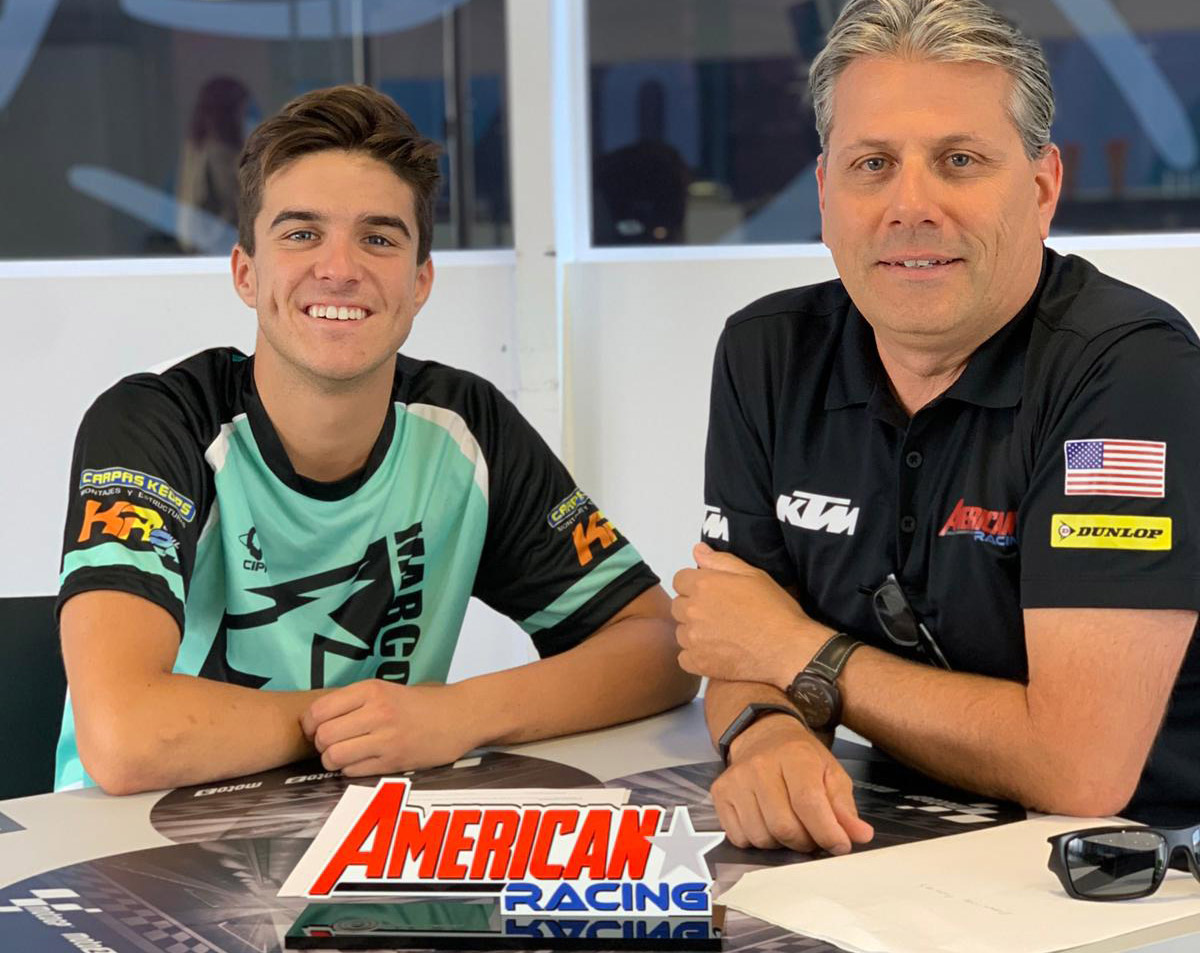 American Racing Team will feature the next two seasons with the Spanish rider Marcos Ramírez, coming from the category of Moto3.

Ramirez has run a total of 57 GP’s, and achieved six podiums, with four third positions, a second place and a victory at the Catalan Grand Prix this season in Moto3

The young 21-Year-old rider born in Conil de la Frontera (Andalusia) arrives at the American Racing Team with the desire to adapt to Moto2 and achieve great results in this category, and replaces Iker Lecuona.

Marcos Ramírez:
“I’m very happy to make this step to Moto2 with the American Racing Team. I think Moto2 is a category that will adapt better to my wingspan and my weight, and I will also have a competitive bike and team, so I have great expectations and eager to start this new stage”.

Eitan Butbul (Team Principal):
“I’m happy for our new rider (Ramirez) who will replace Iker for the next season. Marcos showed this season in Moto3 that he can fight for the top positions and we believe that we can get Marcos to show his potential and talent and fight for the top in Moto2 as well.”