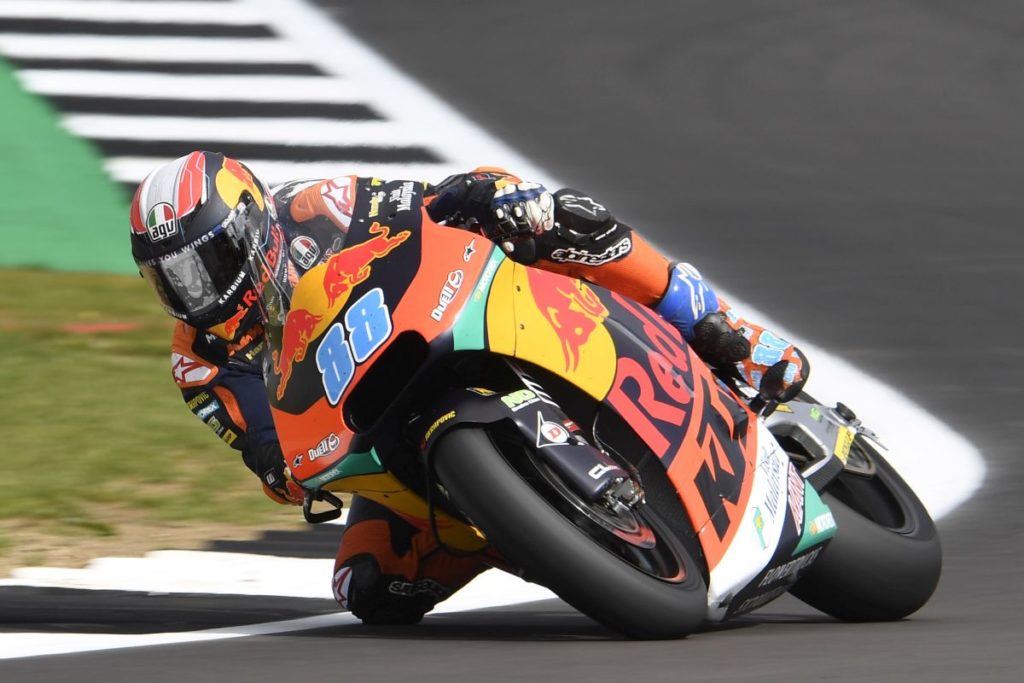 Jorge Martin made a solid comeback in the race, finishing seven positions higher than his 19th place on the starting grid. The Spaniard, who has suffered with illness throughout the weekend, had a sound contest, as he made his way through the field to eventually finish 12th, getting into the points for the fourth consecutive Grand Prix. The result means the current Moto3 World Champion sits 19th in the standings, with 26 points.

The next race for the Red Bull KTM Ajo Moto2 team is the San Marino GP, which will be held at the Misano World Circuit – Marco Simoncelli from 13th-15th September.

“It was a tough weekend, as I’ve not been in a good physical condition. However, in the race I just tried to make it through and do my best. It was hard because there was a lot of chattering, but we still improved the bike compared to the other days. We just have to keep working. This is the way we need to go and I’m happy with the team dynamics. I’m looking forwards to Misano.”