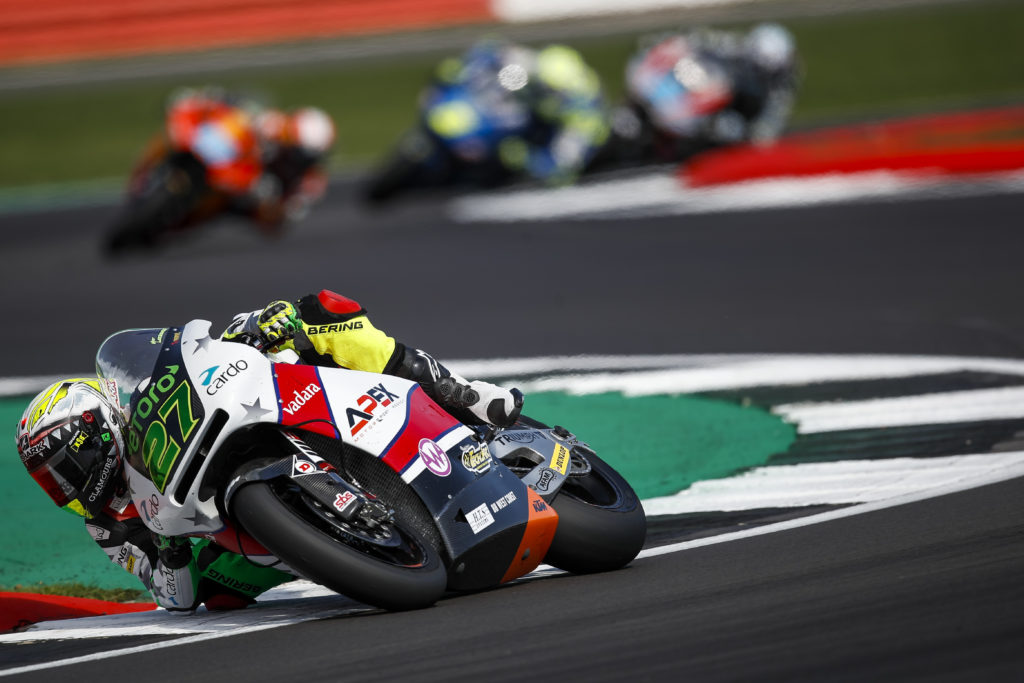 The British Grand Prix has finished positively for the American Racing Team KTM. Again the team has added points, and the two riders, Iker Lecuona and Joe Roberts, have stepped up and improved their grid start position.

Iker Lecuona managed on Saturday to pass to the Q2, in which he finished in 15th place with a time of 2:05.347.
Bad luck fell from the side of Joe Roberts, who suffered an incident with another rider at the beginning of the Q1 and couldn’t mark a time, so he had to fight the race coming out from the position 31.

Despite the difficulty’s at this race, the two riders have been able to keep a good pace and gain positions. Both Iker Lecuona and Joe Roberts made some very good overtakes. While Iker has finished eleventh after start fifteenth, Joe has finished in the position 22 after start from the 31th.

With these results Iker Lecuona remains in the 13th position at the Moto2 World Championship with 46 points and Joe Roberts march at the 27th with four points.

The American Racing Team KTM already adds a total of 50 points in the teams standing, in which the team is nineth of 18 teams.

“We are happy with the result, it has been a very complicated weekend. I saw the possibility of being on the top 10 but today has not been possible. One more race we keep growing and improving, we hope to continue with better results at Misano, a circuit very different compared to Silverstone, we have great hopes”.