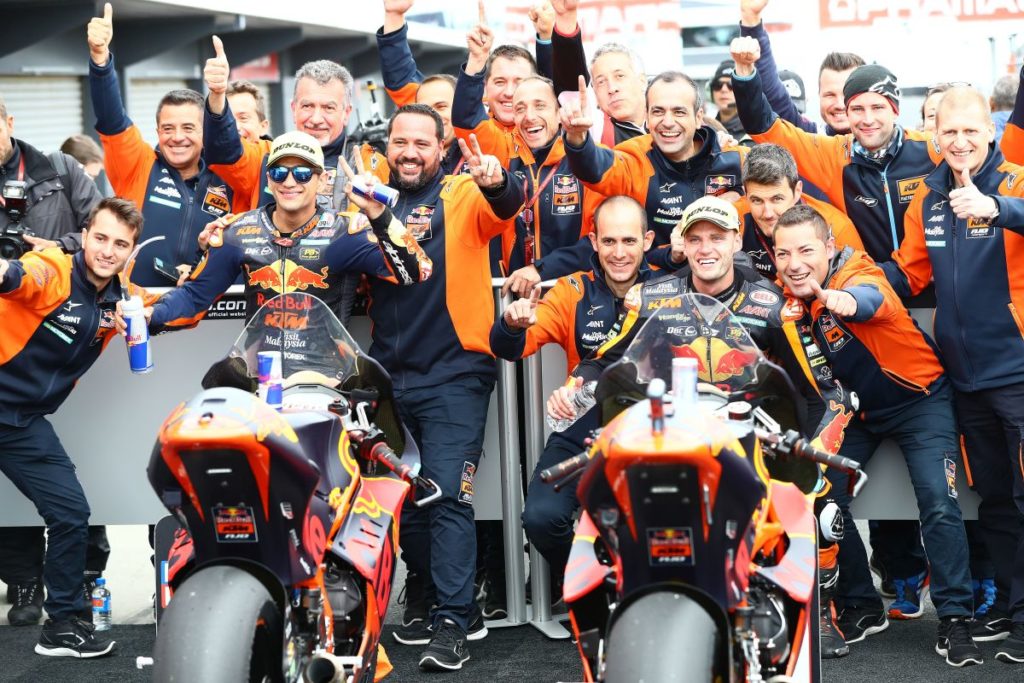 On Sunday Red Bull KTM Ajo Moto2 once again demonstrated just why Phillip Island is one of the team’s most favoured tracks, after securing victory at the Australian circuit for the third consecutive year. Brad Binder, who led the race from start to finish, recorded his third win of the season and is now the rider with the most victories in the team’s history. Jorge Martin finished second to make it a magnificent double podium, as he achieved his best result in the intermediate category to date.

For his part, Jorge achieved his best position as a Moto2 rider after crossing the Phillip Island finish line in second place. The Spaniard made a great start, moving up from fifth to second place on the first lap. Martin tried to chase down his teammate, riding in the South African’s slipstream, as he escaped from the rest of the pack. It was the second podium in a row for the current Moto3 World Champion, highlighting his excellent progress in his rookie Moto2 season. The Red Bull KTM Ajo rider is now 11th in the standings, with 83 points.

With no time to rest, the Red Bull KTM Ajo Moto2 team will now fly to Kuala Lumpur for the Malaysian Grand Prix, which will be held next weekend, from 1st to 3rd November.

“In these last three races I felt very good fighting in the lead group and I’m really happy about that. Today the race was a bit easier than in Japan, as taking off ahead is always a plus. I tried to follow Brad [Binder], but he was pushing really hard. The pace he showed was incredible, he was going so fast. In the end, second place is fine and Brad deserved the victory. I’m very satisfied with the result and for the team, as they deserve the double podium. I’m already looking forward to the next GP.”