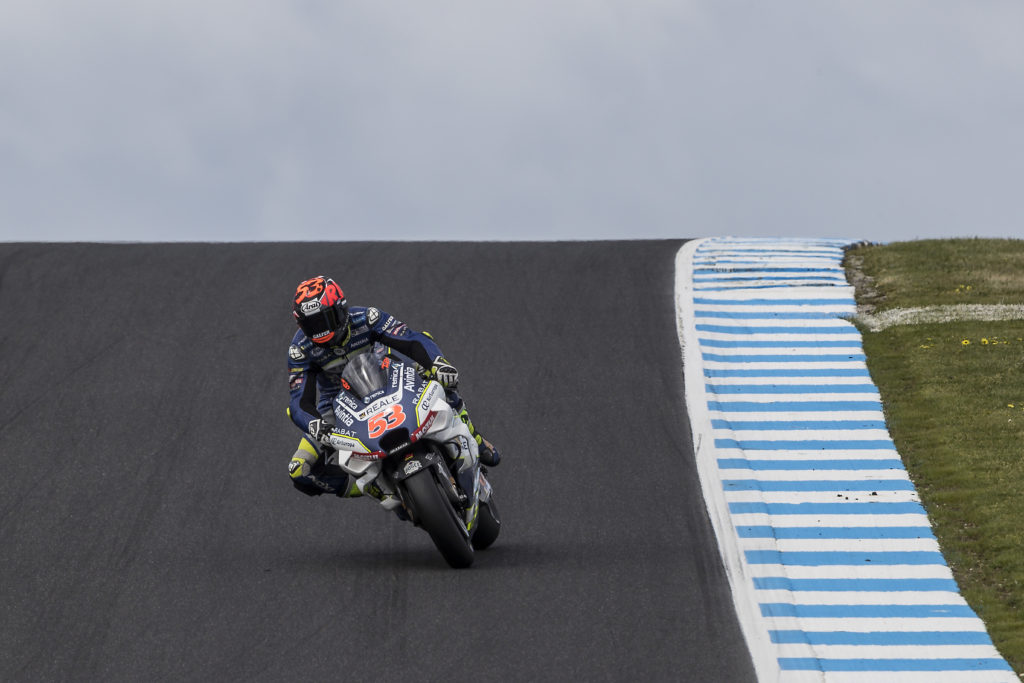 The Reale Avintia Racing Team concludes an Australian Grand Prix that leaves a bittersweet taste to the team. Tito Rabat, who was suffering from physical problems, had to retire at the beginning of the race.

It’s been an intense Sunday at Phillip Island. After strong and threatening winds blowing at the Australian circuit on Saturday, the decision was taken to cancel and postpone qualifying until Sunday morning. Tito Rabat had to retire with twenty-three laps to go due to problems with his right hand that he has since Japan. The Spanish rider tried to follow the pace of the race, but the strong pain in his hand made it impossible for him to finish.

With no time to rest, the penultimate race of the World Championship and the last of the Asian tour, the Malaysian Grand Prix, will take place next week. The Reale Avintia Racing Team faces the weekend at the Sepang International Circuit with the motivation to score points and to make a good performance before the final race of the season in Valencia.

“Today it was less windy, we wanted to try to get out and try to follow the group, but it was impossible. I had a blow to my hand before Japan, my tendon hurts a little and it’s more than it seems. You have to be careful. We will see if in Malaysia we can go back where we deserve.”