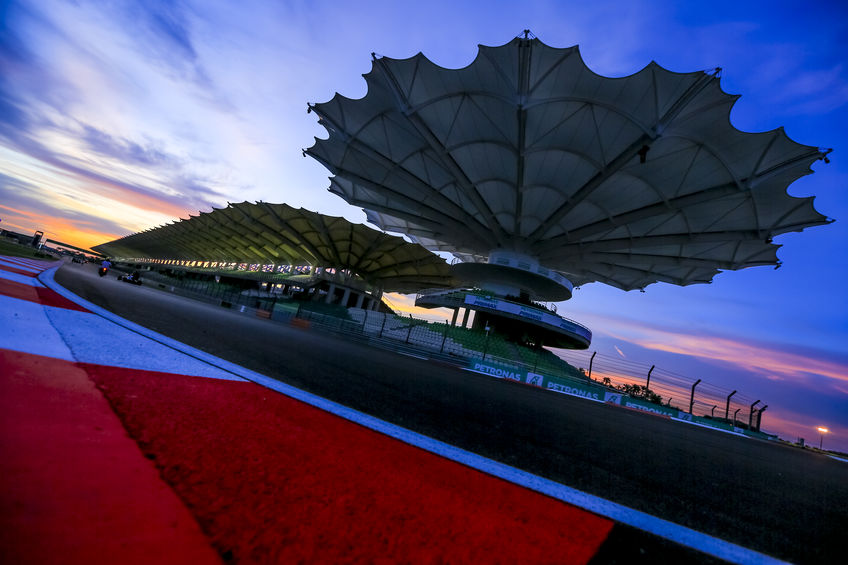 After another shake up in Australia, it’s time for another quick turnaround as the paddock heads north to Malaysia and Sepang International Circuit for the final flyaway. There’s plenty still on the line too, with the team title, the fight for top Independent and the battle for the top three overall still very much at boiling point – so who will leave the Shell Malaysia Motorcycle Grand Prix walking the tallest?

Marc Marquez (Repsol Honda Team) seems a good candidate. He’s got a good record at Sepang and he’s on a roll of winning form, so who would bet against the reigning Champion? This weekend could be an even bigger one than many too, as the team title could be decided. Repsol Honda are now just one behind Ducati overall, and Marquez has been the biggest contributor. Can the Spaniard make it three out of three?

The Ducati Team, however, won’t go down without a fight – and especially not at Sepang. Andrea Dovizioso has a top record at the track and will be eager to bounce back from a tougher Australia. He was confirmed as second overall Down Under so that’s less pressure in the rider standings, but the team spoils are important for him and teammate Danilo Petrucci, and they’ve been ahead for some time. Petrucci, after a crash at the start of the Australian GP, lost his record of being the only rider so far to have scored in every race too, and he’ll want more for himself and the squad.

The man he collided with at Phillip Island, Fabio Quartararo (Petronas Yamaha SRT), will also want a lot more from the weekend. After his FP1 crash saw him fighting to get back near the front on race day last time out, it’s time to reset and try to impress in front of the home fans – not his, but the team’s. Malaysia is Petronas turf and the quickest rookie on the block will be gunning for some big glory – as will his teammate Franco Morbidelli, as he also had a tougher race last time out. Quartararo is also up for top Independent Team rider honours and the Petronas Yamaha SRT outfit are fighting for top Independent Team, so there’s plenty to play for.

Phillip Island was also a tougher one for Monster Energy Yamaha MotoGP. Maverick Viñales was the fastest man all weekend – Marquez also said as much – but disaster struck just a few corners from the finish line as he battled the reigning Champion. How will he feel heading into Malaysia? He knows, at least, he had the speed to challenge the number 93 in Australia, even if it didn’t all come together at the end, and he’s not too far behind Alex Rins (Team Suzuki Ecstar) in the fight for third overall. Viñales’ teammate Valentino Rossi also had a tougher latter half of the race in Australia, although ‘The Doctor’ led the race in the initial stages and took a solid points finish in his 400th GP. But he’s not about solid points finishes, so it’s a bit of a bounce back on the cards for the number 46 – at least in terms of his pace throughout the whole race.

Rins, meanwhile, is under threat from Viñales and Petrucci for third, but he also has something else to think about of late: rookie teammate Joan Mir. The debutant took his first top five finish at Phillip Island and he’ll be looking to build on that, as well as turn the tables on an incredible race for fellow rookie Francesco Bagnaia (Pramac Racing), who beat him to fourth. Bagnaia, however, was the second fastest man at Sepang in testing, so he’ll be feeling pretty confident about beating Mir – and taking the fight to teammate Jack Miller once again.

Miller is the man who stands to ruin the Petronas Yamaha SRT party for Quartararo in terms of the Independent Team rider standings, and the Aussie took a stunning home podium last time out as top Ducati. Can he reel in even more ground? And can Cal Crutchlow (LCR Honda Castrol) get back on the box? The Briton was second Down Under to take his best finish of the season, and that at the track where he suffered his huge and potentially career-threatening crash last year. His is a longer shot at stopping the young hotshot Frenchman, but the maths say it’s possible….

The fight for points at Sepang is sure to be another hard-fought battle, and Red Bull KTM Factory Racing and Aprilia Racing Team Gresini, the latter of which took their best finish last time out, will be hoping to complicate matters even further for those looking for a place in Q2, the top ten and the top five. Will we see the likes of the team Championship and top Independents get decided in Malaysia? Or will it all roll on to Valencia? Find out on Sunday at the slightly later local time of 15:00 (GMT +8).

Alex Marquez (EG 0,0 Marc VDS) had a fairly long shot at the title Down Under, but second time around it’s a lot shorter as the paddock arrives at Sepang International Circuit. He’s 28 points clear of nearest rival Tom Lüthi (Dynavolt Intact GP), 33 clear of Phillip Island winner Brad Binder (Red Bull KTM Ajo) and 43 ahead of Jorge Navarro (Beta Tools Speed Up), so fairly similar gaps to Australia…except now there’s another race down and only 50 points left in play.

Those 50 points proved pivotal for Augusto Fernandez (Flexbox HP 40), however. Marquez’ closest rival a few rounds ago is now out of the fight but could still play a big role in the outcome, with Phillip Island a definite blip in a solid season. With so many combinations that could decide the outcome, the likes of Fernandez, teammate Lorenzo Baldassarri, on-form Jorge Martin (Red Bull KTM Ajo) and last year’s Malaysian GP winner Luca Marini (Sky Racing Team VR46) could complicate matters too, so it’ll likely be another barnstormer of a race.

The fight at the front, then, is just about that 25 point gap; Marquez needs to be 25 clear of Lüthi and Navarro and more than 25 clear of Binder, but it’s not the only focus of the weekend, especially for the home fans. Petronas Sprinta Racing will have the crowd behind them on home turf as Adam Norrodin flies the Malaysian flag too, and he’ll be looking to home in on the points as he fills in for sidelined Khairul Idham Pawi.

Moto2™ race at the later local time of 13:20 (GMT +8) on Sunday, tune in for another great race and one that could decide a little history. Can Marquez wrap it up this time around? Or will the points leader need some more patience? Find out in the Shell Malaysia Motorcycle Grand Prix.

Lorenzo Dalla Porta (Leopard Racing) has already ticked the box for 2019 as the Italian wrapped up the Championship in style at Phillip Island, so he arrives at Sepang International Circuit with the pressure off. But the pressure in the fight for second is only ramping up, with Aron Canet (Sterilgarda Max Racing Team) now only 14 points ahead of Tony Arbolino (VNE Snipers) and 18 clear of Marcos Ramirez (Leopard Racing). Even John McPhee (Petronas Yamaha SRT) in fifth retains a long shot at taking second this season, so what will happen at Sepang?

One thing’s probably for sure: slipstreaming. Moto3™ are the masters of it and Sepang provides one of the best opportunities of the season to unleash that to full effect. The final corner, with its camber and different lines, is also an extra challenge for the lightweight class, and could conceivably decide an awful lot of the season’s final standings. There are 50 points left on the table, but half of them are in play on Sunday…

McPhee will certainly want to be taking the first 25. There may be no Malaysians on the grid in Moto3™, but there’s a home team: Petronas Sprinta Racing, and he’ll want to fly that flag. So will teammate Ayumu Sasaki, who took one of his best finishes of the season so far last time out and has had the pace but not the luck. With the fans behind them, they could be a formidable force.

In a competitive field with a lot on the line, can they make it some home glory this weekend? We’ll find out, and the likes of Dalla Porta, Arbolino, Canet, Niccolo Antonelli (SIC58 Squadra Corse) and teammate Tatsuki Suzuki will be doing their utmost to stop them. Tune in for Moto3™ this weekend at 12:00 (GMT +8) as the penultimate showdown of the season heats up.