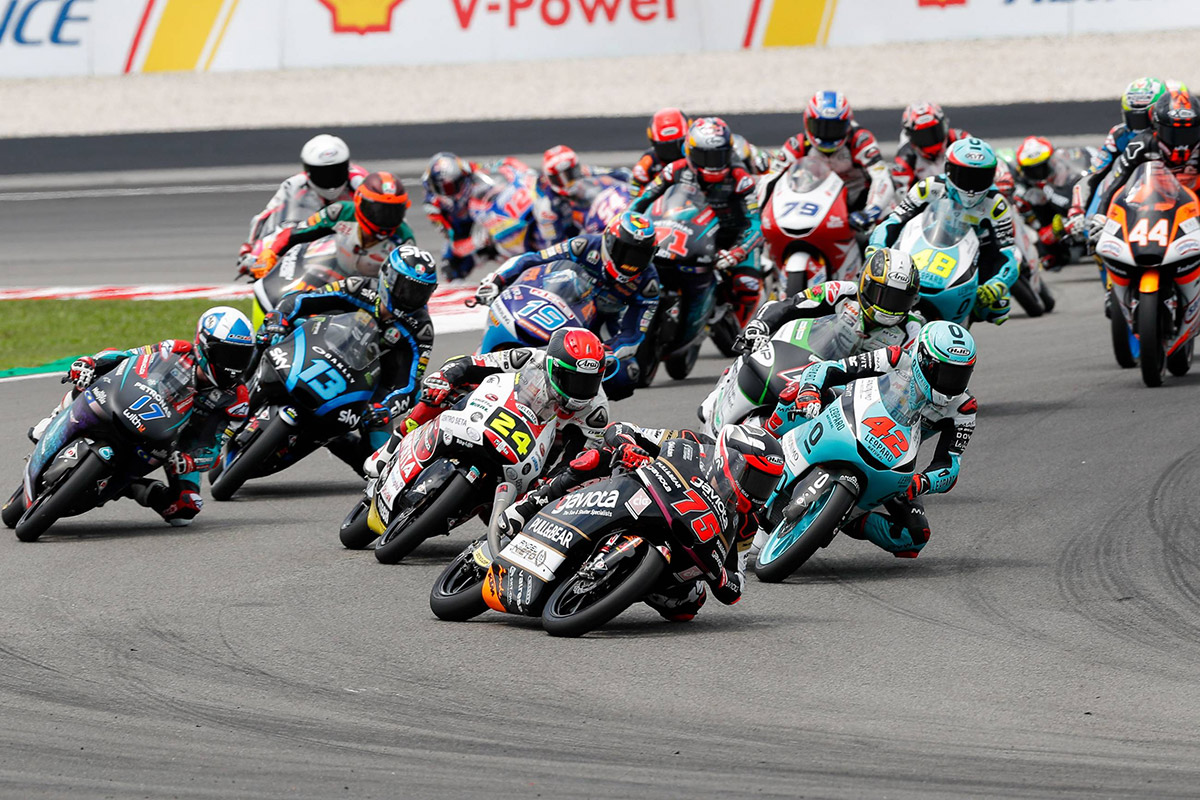 Albert Arenas was only a matter of metres away from claiming his fourth podium in as many races at the Malaysian GP, but in the end was unable to add to the victory, second and third place from previous rounds. The Gaviota Ángel Nieto Team starred in a tough race, in which he was fighting for second place when he fell on the final corner. He would remount to cross the line in twelfth place, ten seconds behind winner Lorenzo dalla Porta.

2019 World Champion Dalla Porta picked up his pace halfway through the race to take a third win in a row, and behind him a large group of nine riders competed in the same group. Sergio García and Jaume Masiá would complete the rostrum, the latter having to start from pitlane due to a problem with his bike but making up 27 positions.

Gaviota Ángel Nieto Team rider Raúl Fernández was also able to score points at the penultimate race of the season. The Spanish rider started 20th on the grid, and rose to 13th. Fernández had been able to take a step forward in the morning warmup session, but could not carry his good feeling over to the race. He is already focusing on the last round of the season, in Valencia.

12th Albert Arenas:
“I gave it my all and I didn’t want to settle for third… although I didn’t want a crash either. I tried to keep my position on the outside; I wanted that second place, but I was on the limit. We have to learn from this, especially for next year. I’m very happy, because we still have room for improvement. I’m happy about the final stage of the season and looking forward to Valencia. There, we will try to continue in the same way, with the same feeling.”

14th Raúl Fernández:
“In the morning we took a big step forward in the warmup session, in which we rode consistently in the 2:13s. However, in the race, right from the first lap, I had a lot of vibration and wasn’t able to go under 2:14. That ruled me out of the fight. We have one last race left now and I am going to push as I have been doing so far.”