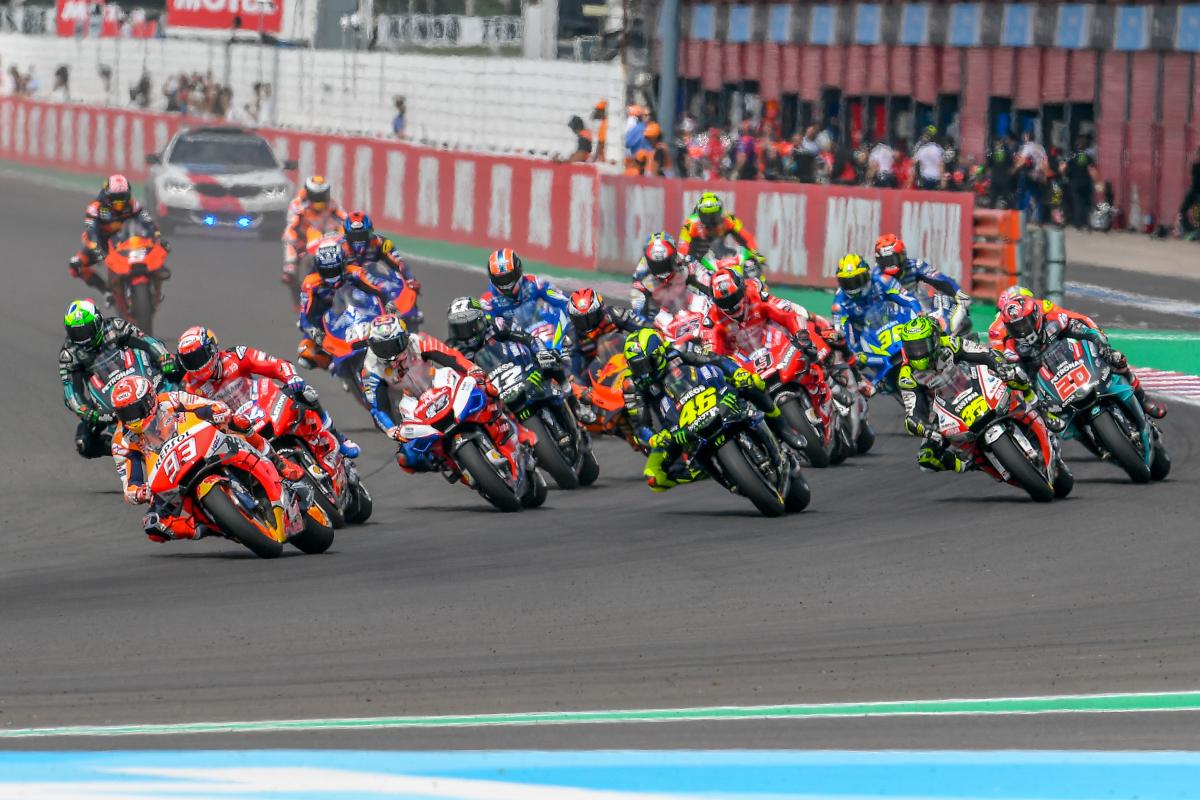 For most, MotoGP™ is more than a sport, it’s a passion, and that can make a long break away from racing difficult for any fan. But with the ongoing global coronavirus outbreak, the challenges many face at the moment far outweigh those of simply missing out on sport or entertainment. And that’s why MotoGP™ is putting everything at fans’ fingertips to try and add a little sunshine back into a difficult daily life – starting, but by no means ending, with a Virtual Race.

Soon, some of the sport’s biggest names – from Valentino Rossi (Movistar Yamaha MotoGP) and teammate Maverick Viñales to the likes of Fabio Quartararo (Petronas Yamaha SRT), Alex Rins (Team Suzuki Ecstar) and reigning Champion Marc Marquez (Repsol Honda Team) – will be back in action, but this time online playing the official MotoGP™ videogame from developer Milestone. As the MotoGP™ eSport Championship powers on for 2020, there is no better time to see what they’ve got in virtual reality… and on Sunday, we will!

The track for the Virtual Race will be the stunning Autodromo del Mugello, with six laps around the digital rendition of one of the world’s greatest racetracks set to decide the first ever Virtual Race winner. And just before it gets underway, a five-minute qualifying time attack will decide the grid. The whole event, including qualifying, will be broadcast at 15:00 (GMT +2) on Sunday the 29th of March on motogp.com, esport.motogp.com and selected TV broadcasters, as well as across social media platforms including YouTube (via the MotoGP™ and MotoGP™ eSport channels), MotoGP™ eSport Twitter, Instagram, and Facebook (via both the MotoGP™ and MotoGP™ eSport pages).

It doesn’t stop there. As well as the Virtual Race, fans can now enjoy a whole host more racing as motogp.com makes all content – from races to interviews to documentaries and everything in between – free to watch with a VideoPass trial that’s valid until racing starts again*. It includes the race archive stretching back to 1992 and up to the 2020 Qatar GP, giving fans chance to enjoy each and every moment in recent MotoGP™ history whenever they want.

All documentaries are also free, covering everything from Marc Marquez’ many glories to the likes of fellow World Champions Jorge Lorenzo and Casey Stoner, as well as the history of the sport. The first two episodes of Off the Racing Line are also available, focusing on life off-track for Jack Miller (Pramac Racing) and Miguel Oliveira (Red Bull KTM Tech 3).

Fan engagement and entertainment can also be found across social media platforms. MotoGP™ recently asked for fan art on Twitter to celebrate the creative, with some truly incredible talent shining through from across the globe using the hashtag #MotoGPArt – the best of which can be found in a virtual gallery HERE. There are also quizzes twice a week on Instagram stories, as well as plenty of content from both the Championship and riders on TikTok. New series on IGTV, Facebook and YouTube also keep the content coming, and MotoGP™ is also showing classic races on Facebook Live several times a week.

So as we wait for the sunshine to return, get in gear to enjoy some eSport competition and watch the likes of Rossi take on our Virtual Race. And then go back through the archives to re-watch everything you love and catch up on anything you’ve missed – and make sure to stay tuned to social media as we wait it out. Together.