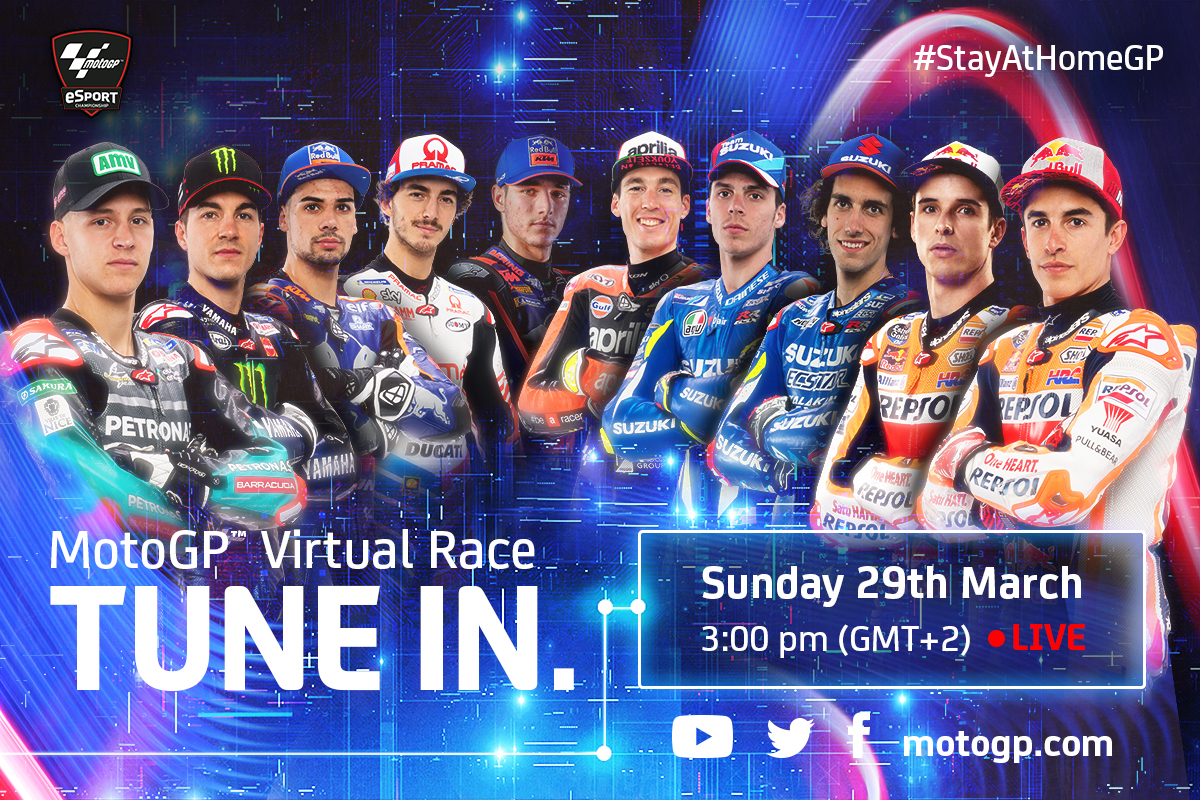 As announced on Tuesday, this weekend will see a MotoGP™ first: a Virtual Race. A star-studded line-up headed by the likes of Marc Marquez (Repsol Honda Team) and Maverick Viñales (Monster Energy Yamaha MotoGP) will get back on track, this time virtually, in a special event played on the official MotoGP™19 Videogame from videogame developer, publisher and longstanding partner Milestone.

The competitors will be taking on the stunning digital rendering of the Autodromo del Mugello and the race length is SIX laps. Before the race begins, a five-minute qualifying session in time-attack mode will decide grid positions.

Broadcasters will include SKY Italy, Canal+ in France, DAZN in Spain and DACHS, BT Sport in the UK, Servus in Austria and Germany, Eurosport in the Netherlands, OTE in Greece, SwissTV in Switzerland, Viasat in Sweden, Pop in Slovenia, SportTV in Portugal, Sport5 Israel, Sportklub in Serbia, MTV Finland, NBC in the USA and ESPN in Latin America, amongst others.

The riders will each be playing via a private “Race Direction” lobby, set up to invite each rider to the event – and send them the bike settings.

Make sure to stay tuned across social media platforms as the riders get ready to race and the countdown begins, with plenty in play on Sunday – not least a little pride, and the first win of the season so far!