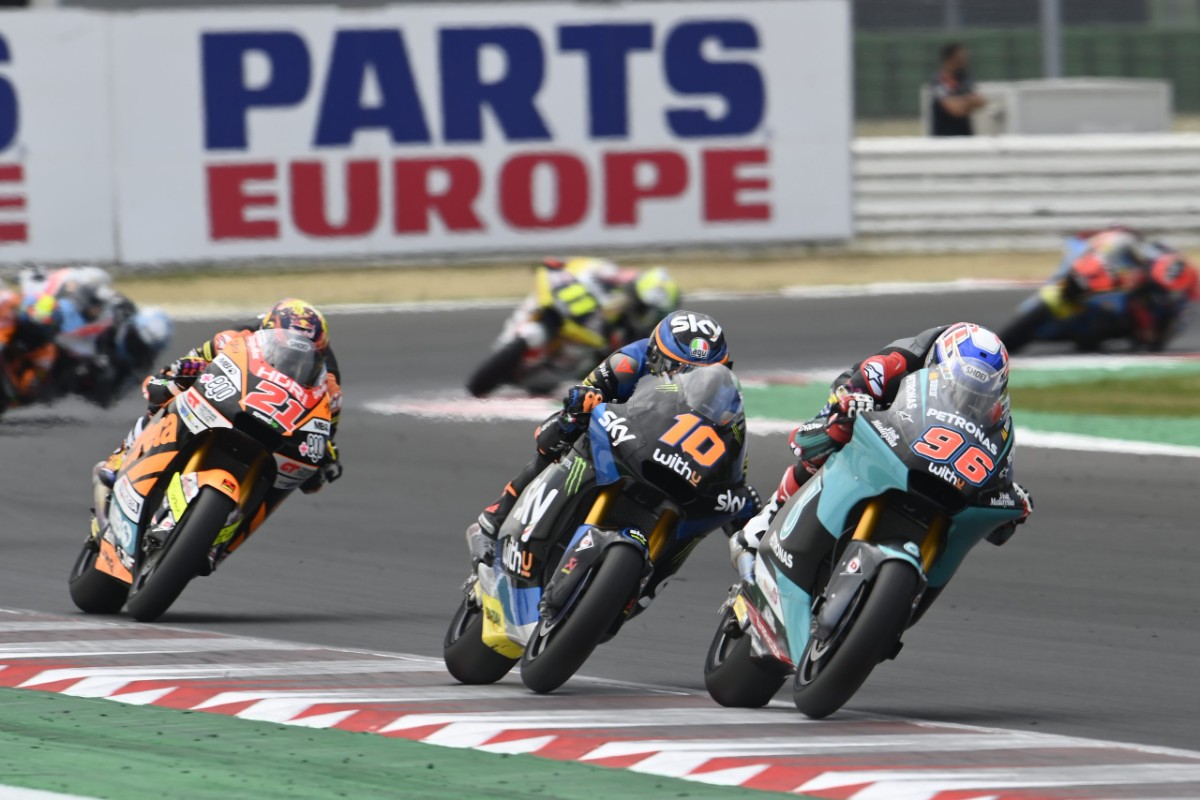 PETRONAS Sprinta Racing laid down a marker in Moto2 in the Emilia Romagna GP, with Xavi Vierge taking an early race lead and battling at the front both before and after a rain red flag interruption and Jake Dixon finishing a career-best sixth in the restarted 10-lap race.

The initial Moto2 race and the 10-lap sprint started in the best way possible for Vierge, who lunged into the lead both times, although he dropped to second in the first laps. The Spaniard looked set to achieve PETRONAS Sprinta Racing’s first Moto2 podium, as he continued to hold second during the first half of the race. Unfortunately contact with five laps to go brought his day to an early end.

It was a day to celebrate for Jake Dixon, who rode as high as third before the race was red flagged. The Brit had a lightning start and had found a good rhythm, until the rain started to fall and he fell back to ninth. Jake had another good getaway on the restart, but a couple of mistakes dropped him to 12th. Recovering well he powered through the field to take sixth at the chequered flag: his first top-six Moto2 finish.

The Moto2 duo will now travel to Spain for the third race in this September triple header, which will take place at Circuit de Barcelona-Catalunya (25-27 September).

It was incredible to be at the front during the first race, being in third position at one point! I am just learning so much and week by week getting stronger. In the second one I made such a good start, got settled in to my rhythm and had a few battles with Sam [Lowes]. I made two massive mistakes and dropped back to 12th. I calmed myself down and slowly started to make my way forward again, to finally take sixth. I’m super happy with that and I can’t thank the team enough. It’s amazing to think of the progress made in such a short amount of time, since that Jerez test. Hopefully we have many more good races to come.

Firstly thanks to the team because they have done an amazing job; we had the rhythm to win that race. The objective was to improve from last weekend, which we did. My plan was to start well, move into first at the beginning and try to build a gap to the other riders. We tried to do that in the first race, but then the rain came and the race was stopped. A lot of riders decided to use the soft tyre for the restarted 10-lap race, but we didn’t. In the first laps I had a really good pace and then started to close in on [Enea] Bastianini. But then I was in a battle with Marcel [Schrotter] that ended up putting me out of the race. This is racing and we will take the positives from this weekend: that we have the pace to fight for victory. We will try again at home next weekend.