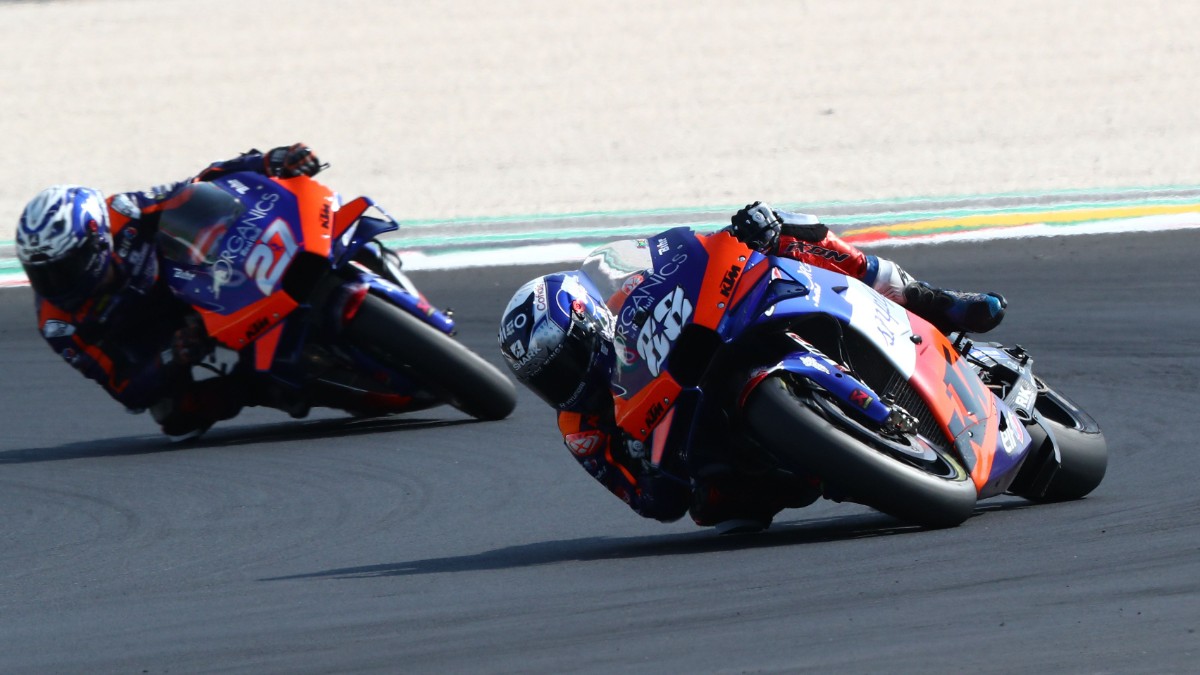 Red Bull KTM Tech3’s Miguel Oliveira did an impressive seventh race of the 2020 MotoGP World Championship at the Misano World Circuit Marco Simoncelli today. Launching off from P15 following a difficult Qualifying yesterday, he already managed to make up three positions in the opening lap. From there, he continued to fight his way forward, occupying sixth around halftime. With consistent lap times he defended his position and eventually saw the chequered flag even in fifth, which means he climbs up from P10 to P8 in the overall standings.

At the same time, Iker Lecuona did an incredible race as well. Starting from P13, the MotoGP rookie was fast inside the top 10 by the end of the first lap. The Red Bull KTM Tech3 rider made up further positions to reach sixth at the end of lap six. Around half way point, Oliveira passed him, but Lecuona managed to stick with his more experienced teammate and continued to show his potential with fast lap times. With three laps to go, the Spaniard, who was sixth at that point, unfortunately crashed out in turn 16.

“I’m happy about the race. We started really behind and we could manage to gain a few positions, also benefit from a couple of crashes. Our potential was there, we had a very good pace, I felt good with the bike and I made no mistakes, so I kept concentrated all the race, which was not easy. But we managed to come out with a top 5, which was our goal from the beginning, plus scoring important points for the championship and now we go to Barcelona, can clean our minds now and have fun also there. I think we can have another good weekend!”

“I don’t know what to say. I need to say sorry to the team, because this weekend was amazing, our performance, our work. I finally had a very good Qualifying and a very strong pace in the race. I overtook some riders and had the speed to fight for the top 6, following Miguel was great. I didn’t do any mistake until three laps to go, but finally did a big one and lost the front. It’s my fault, because I was three seconds ahead of the guys behind me. It’s frustrating for me, because I could have gotten my best position. Sorry to the team, let’s move on to the next race!”