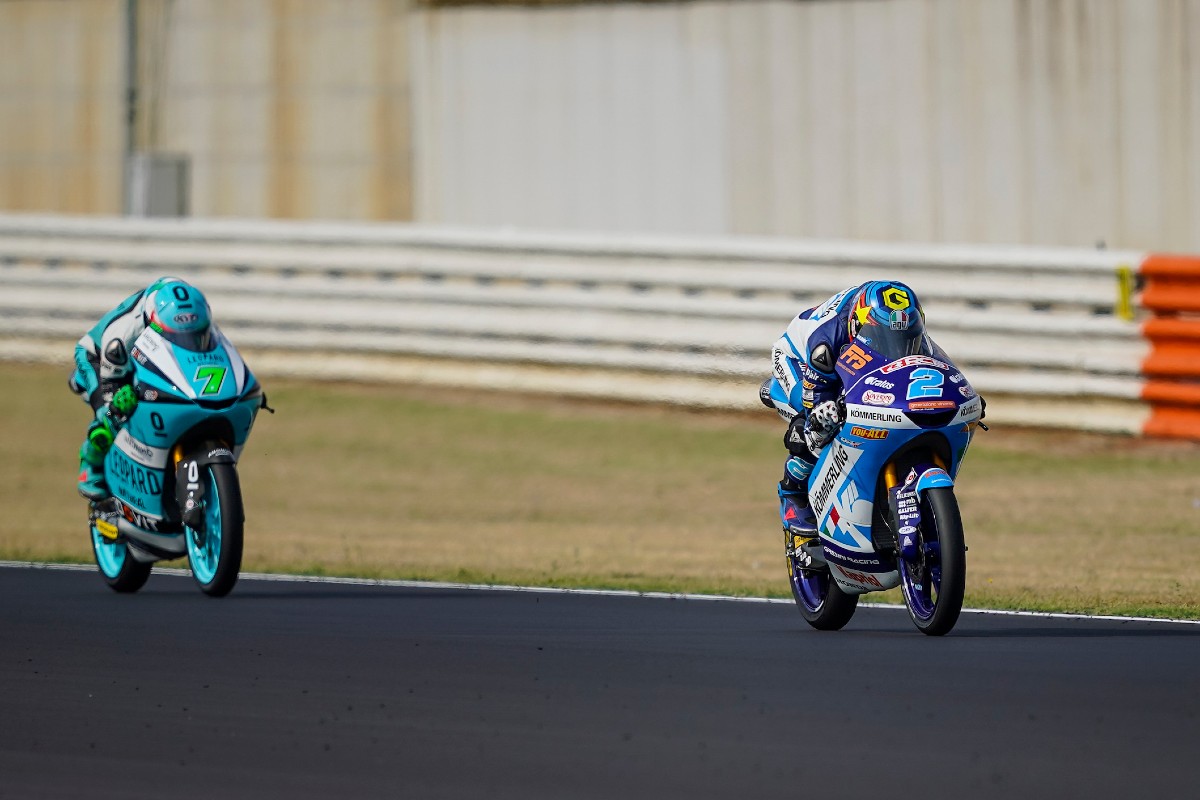 At times it was a spectacular race, with Jeremy Alcoba and Gabriel Rodrigo both protagonists at the Misano World Circuit, although the outcome for the Team Kömmerling Gresini Moto3 was far from perfect.

Expectations were a whole lot different, especially with Gabriel Rodrigo who from row six was already within a shot of the lead after only a few laps. A coming together with Celestino Vietti with six laps ago cost him a great deal as he went all the way in the back of the big leading group. The Argentine rider clearly had the pace to battle for the 25 points, but this incident clearly had a big impact in this eighth GP of the season.

Jeremy Alcoba’s race was a bit more ‘confusing’, as the Spaniard showed he could battle with the best of the series, but a couple of mistakes in the second part of the race have compromised his performance. Alcoba was also penalised with three seconds due to exceeding track limits, which made him go from 10th to 13th.

“We felt good in the warm-up, and it showed in the race. I recovered many positions up to third, but then I made a little mistake with my line and ended up touching Vietti. Fortunately nobody crashed, which is the most important thing, but after the effort made to get near the front I had no tyre left to try and bounce back again.”

“I’m happy because we were strong. At the beginning we had all KTM bikes ahead and in order to stay with them on corner exit I had to push a lot on the straight. Because of that, after the first ten laps I already had tyre issues, especially with the rear one. I had a great feeling with the front but I was sliding too much with the rear. The last laps were really complicated, but I’m happy that I was able to show that I could stay near the front in such a difficult category.”