P2 for Bezzecchi at the Emilia Romagna GP, Marini 4th 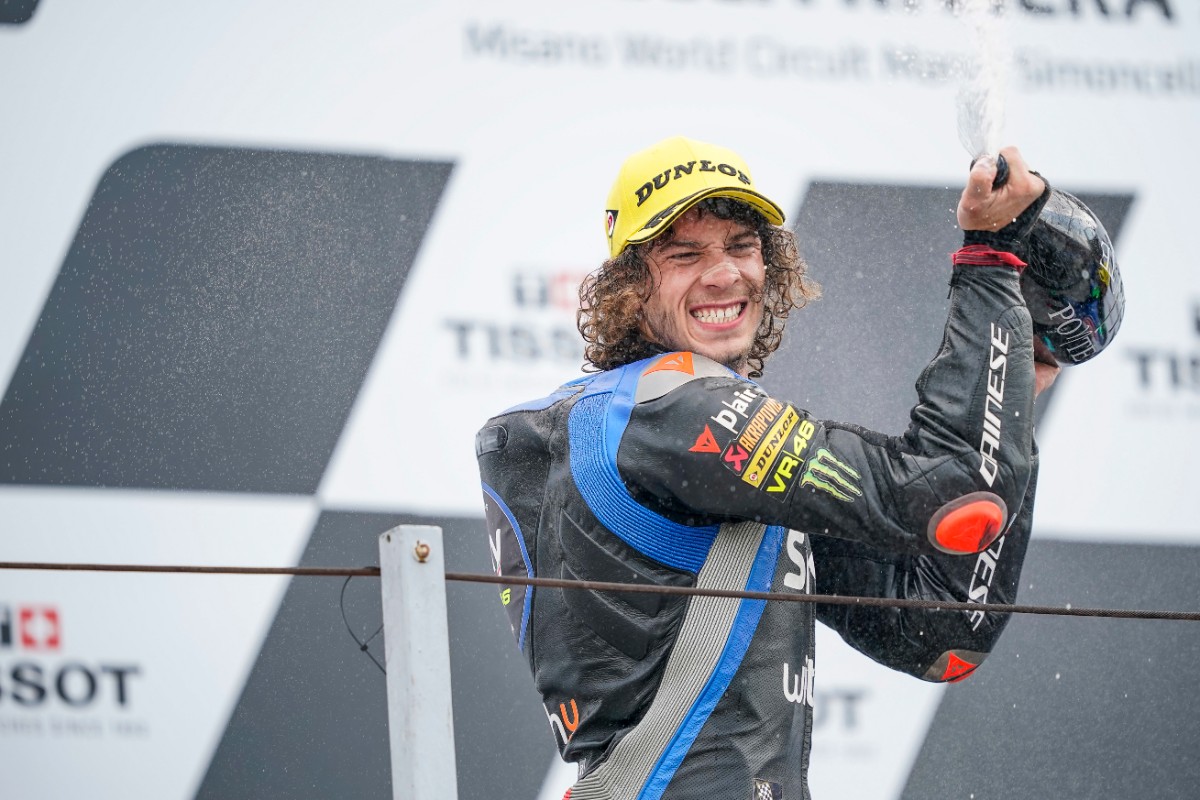 A Sunday full of unexpected things the one that has just ended in Misano Adriatico for the Sky Racing Team VR46 with Marco Bezzecchi second and Luca Marini fourth. Both starting from the front row, they immediately battled for the top positions before the race was interrupted due to a light rain that started falling in the area around the circuit.

In fourth place in the second starting grid, Marco has struggled to catch the pace of the very first guys and was forced to climb the rankings from the sixth place. Lap by lap he imposed his pace and closed the gap till the podium.

A real shame for Luca, yesterday poleman and in P2 for the second start, after an excellent start, in the battle of the first lap, he lost several positions and finished really close to the podium. With today’s points, he maintains the leadership in the Championship (125 points), Marco’s third place is confirmed (105 points) and the top of the Team classification (230 points) too.

A particular Sunday: in the second start, I was in fourth place and, considering the few laps, I decided to take some risks and to use the soft at the rear. A difficult choice, but after the crash this morning in the warm up it seemed the right one. I struggled at the beginning, but then I managed to recover. After overtaking Luca, I started to set my pace and got back under Vierge and Schrotter. I overtook them both and tried to get closer to Bastianini, I felt good, but the race was over now.

I am disappointed. We were strong, we lacked nothing to have a good race and win. I want to defend the choice of the hard tire for my riding style and the work done over the weekend. From a race point of view, I have always ridden with that compound and the bike was set on that type of tire. The soft, for10 laps, was not as performing as in qualifying. I had a good start on second start too, but at turn 4, Bastianini made a really aggressive entry. I was already in the dirtiest line and I had to raise the bike to avoid the crash. I lost a lot of positions and in so few laps it wasn’t easy to recover. Everyone was pushing hard in braking and I lost a lot of time with both Vierge, Schrotter and then Lowes. We didn’t deserve this epilogue and I’m happy to be back on track immediately in Barcelona, ready to give by best and even with a knife between my teeth.