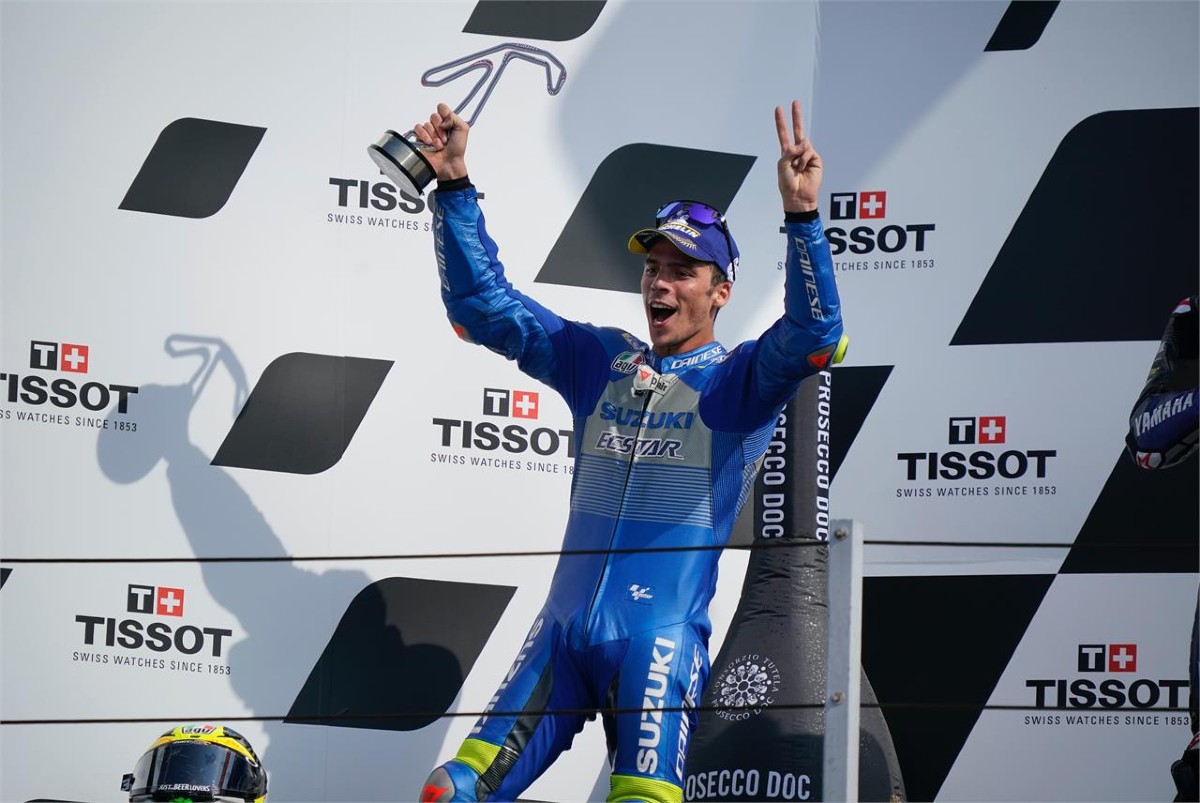 The second race in a double-header at Misano in San Marino provided thrills, spills, and yet more twists and turns in the MotoGP World Championship battle. Team Suzuki Ecstar leave Italy with another podium under their belts thanks to a great second place from Joan Mir.

The 27 lap race got underway under blue skies despite a downpour around an hour and half before the start of the Emilia Romagna GP. Joan Mir and Alex Rins had an uphill struggle from their start positions of 11th and 18th respectively, but the pair made clean starts and tried to settle into a rhythm early on.

Mir, feeling good with his GSX-RR, managed to get into eighth place by the second lap of the race, and by lap six he was already into the Top 5. Opting for the medium-medium tyre combination, this came into its own as the laps ticked by. By the eighth lap of the race Mir was beginning to reel in the riders in front of him. This gap remained around two seconds as he played the long game. Able to ride smoothly and conserve his tyres, with five laps to go he was well and truly in the podium fight. Executing a fabulous pass on Quartararo for third place three laps from the end, before swiftly over-taking Espargaro for second. This marks four successive Top 4 placements for Mir and puts him just four points from the title lead.

The race was tougher for Rins, who struggled with feel since the beginning of the weekend despite a great fifth place last time out. He chipped away and tried to settle into a good race rhythm. The important thing was to score as many points as possible and he managed to collect 12th place to keep himself in the fight.

“It feels so nice to be here on the podium again! I know I need to improve my qualifying results, and that’s something we’ve been trying to work on, but I’m so glad that I was able to fight through for the podium despite starting 11th. I just kept trying to close the gap and stay focused, and it paid off. I’m so happy and I really hope I can enjoy another good result next weekend in Barcelona!”

“Today was very difficult for us, I was struggling to stop the bike and also to maintain speed on corner entry. I felt this much more in the race than during the practices or qualifying. We have a few days before we’re back on track in Catalunya, so we’ll try to find the solution. I’m motivated to find the problem, and also to go to a new track, especially one that I like very much where I’ve had good results in the past.”