Tito Rabat scores a point in 15th, as Johann Zarco crashes out of Catalan GP 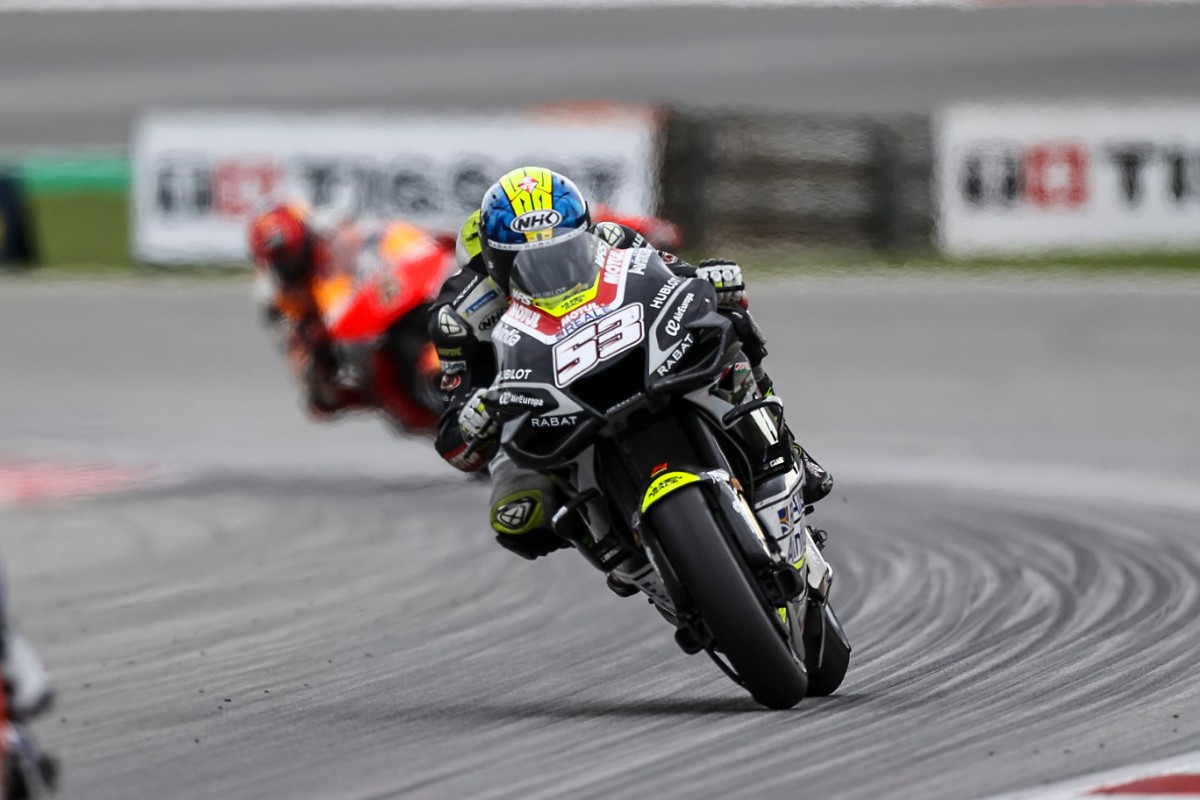 Esponsoroma Racing and Tito Rabat score a point in their home race while Johann Zarco has suffered a crash.

Johann Zarco and Tito Rabat started racing from sixth and twenty-second respectively. Once the traffic light went out, at turn two, Petrucci had a fright in the change of direction causing Zarco to crash and Dovizioso could not avoid the crash. Rabat has been climbing positions until reaching the fifteenth and thus adding one more point to the championship.

In two weeks, Esponsorama Racing and its riders will fight to continue scoring points at the Le Mans circuit for the celebration of the Shark Helmets Grand Prix of France.

“Yesterday I did not qualify well, so today we would have to gain positions in the race. The first laps were good, and I was in a group of four riders, so we continued to take steps. Today we have done a good analysis of this race, I am not happy, but not satisfied either. One more point for the championship and now to think about Le Mans. “​

“I am sad after today’s race because I thought I could have a good race. The start was not bad, with a good first braking but in the change of direction Petrucci had a scare, I braked and crashed. Dovizioso couldn’t help it and crashed next to me. Now we have to think about Le Mans. “