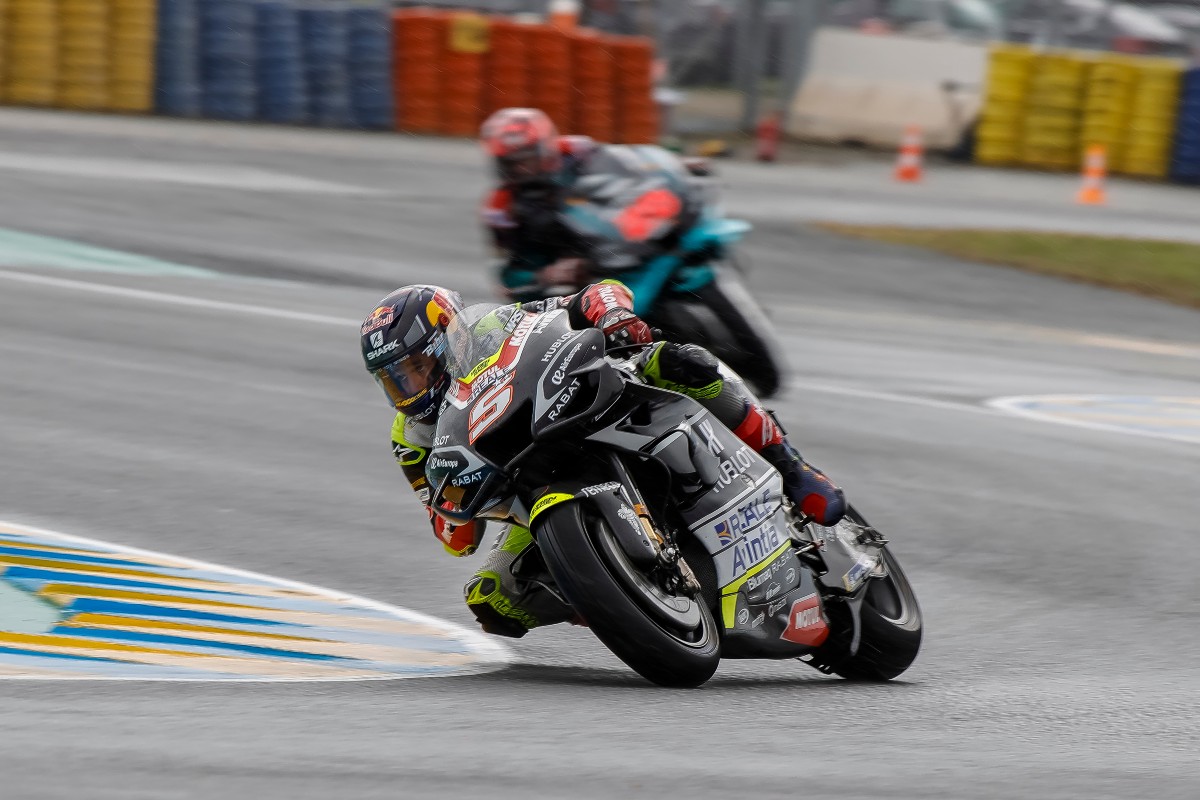 Johann Zarco finished the race of the French Grand Prix in fifth position while Tito Rabat is forced to retire after suffering a fall without consequences.

After a difficult Saturday where things did not go as expected, Tito Rabat and Johann Zarco started the race from twenty-second and ninth position respectively. Minutes before the traffic light went out, it began to rain on the Bugatti Circuit at Le Mans, forcing the start to be delayed.

The race started in wet conditions although the rain stopped. With 12 laps remaining, Tito Rabat crashed at Turn 4 while riding alone.

On the other hand, Johann Zarco as the race progressed, he improved his feelings on the track, managing to set the fastest lap of the race on lap number X with a time of 1 …. After a great end to the race, the French rider finished in fifth position just X seconds from the podium.

The next appointment will take place at the Motorland Aragon Circuit on October 16, 17 and 18.

“I am happy with today’s race in which I finished in fifth position. At the beginning of the race we lost time as we had the medium rear tire, but at the end of the race, with the track drier, it gave a great performance. At the end of the race I had a higher pace than the leading group, which allowed me to regain positions and finish fifth a few seconds from the podium. In general, I am very happy with the weekend we had at Le Mans.”

“The weekend did not end in the best way, although we added laps in wet conditions. I would have liked to be able to finish the French Grand Prix race after such a difficult weekend we have had. Now I am with my mind set on the next races in Aragon where we will continue to learn and improve. “