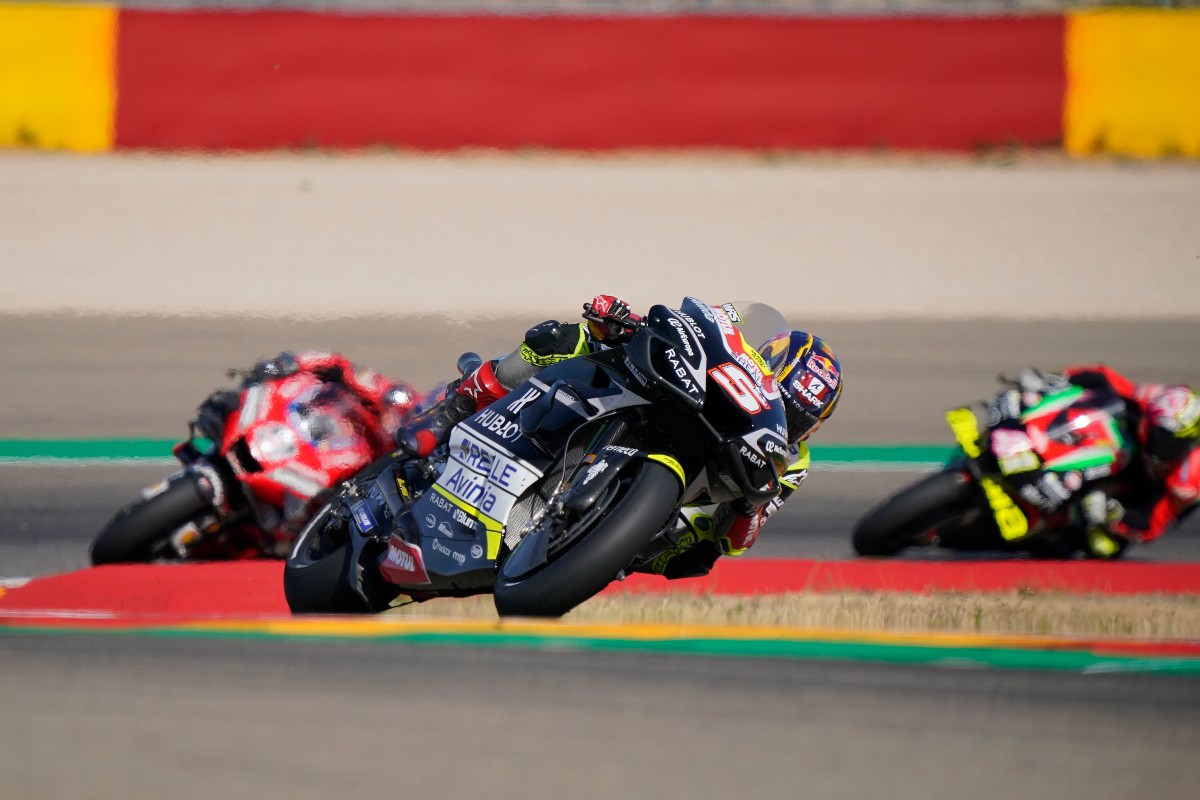 Esponsorama Racing completes the first of the two consecutive weekends to be held at the Motorland-Aragón Circuit.

Johann Zarco started the race from sixteenth position after a very completed weekend. His feelings in the race have been good and he has managed to maintain a constant pace that has allowed him to climb positions to tenth position.

On the other hand, Tito Rabat, who started from the twentieth position, made a good start in which he recovered several positions. Finally, the Barcelona rider had to settle for 20th place after a nice fight with Smith.

The Teruel Grand Prix will take place the at the Motorland-Aragón Circuit on 23, 24 and 25 October.

“I am very happy with the race, a top-10 is a good position, especially after the difficult weekend we had. I have ridden a large part of the race with a group of several riders in which I have been able to see what my weak points are and what my strengths are for the next weekend”

“I had a good start in which I managed to regain some positions. It was a difficult race in which it was difficult for me to maintain the rhythm in the first laps, which has caused several riders to pass me. I have not had a good feeling with the rear tire throughout the race, which has prevented me from following the race group”