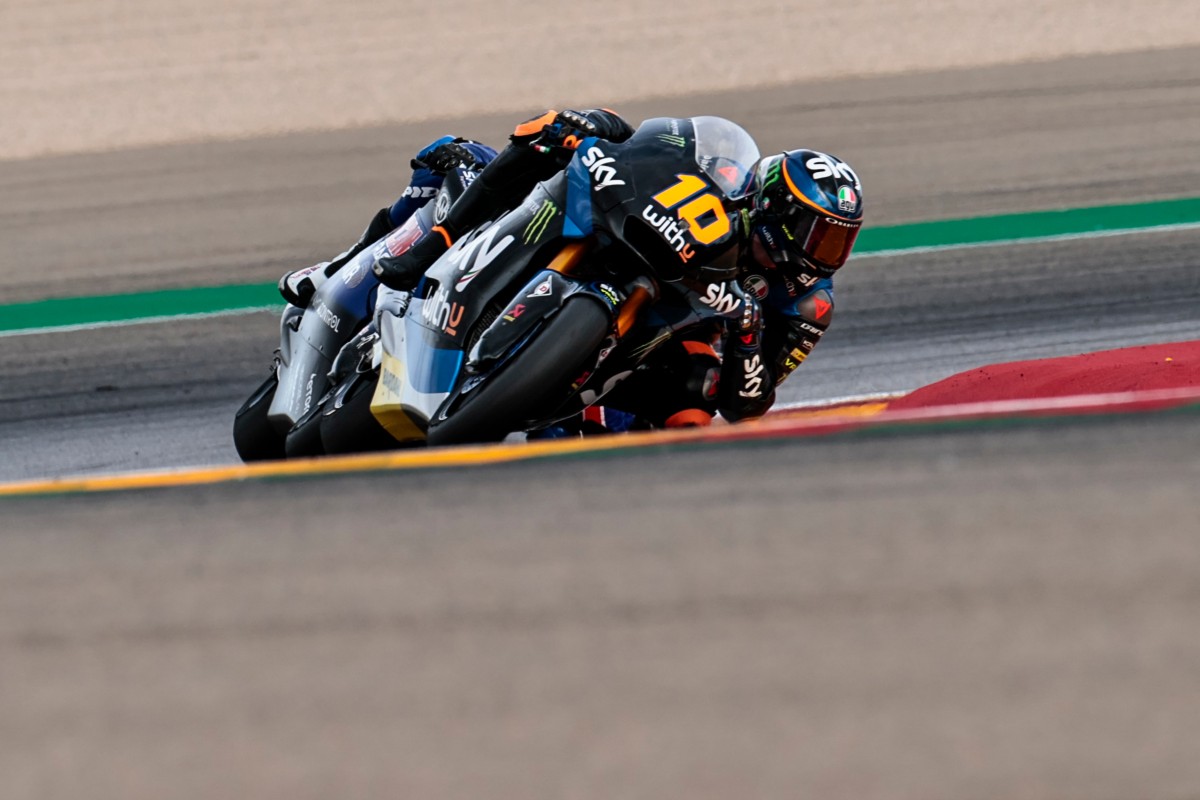 A weekend with a bitter ending in Alcaniz for the Sky Racing Team VR46. Luca Marini crosses the finishing line in 11th place while Marco Bezzecchi is forced to retire after a crash.

From 11th place on the grid, after a good start Luca has struggled to keep up the pace of the protagonists and lost the contact with the group fighting for the podium. 14th halfway through the race, he climbed up the rankings and he was close to the top 10.

On the ground during the fourth lap instead Marco, 14th on the grid. In an attempt to recover, in the battle, he crashed and was forced to retire. With today’s points, Luca defends the third place in the general standings (155 points) right in front of Marco (130 points). Confirmed the leadership among the Teams (285 points) with an advantage of 45 lengths over the rivals.

A very difficult race, the real problem is that the feeling wit the bike was not bad at all, but since I tried this new engine last week, I have started to really struggle in acceleration. I was unable to defend myself at the beginning, in the battle and I kept a very high pace on the long run. I did not expect a result of this kind, we have to understand what happened, prepare Valencia in the best way possible and get back to have fun.

A difficult race after a really complicated weekend. I didn’t have a bad start, I immediately found myself in a fight in the group and I have struggled to find my space. I didn’t feel good on the bike, I made several mistakes and in an attempt to recover I crashed. I’m very sorry for the Team and can’t wait to reset before Valencia. Let’s go back to work on the data to be competitive from the free practices and then in qualifying.