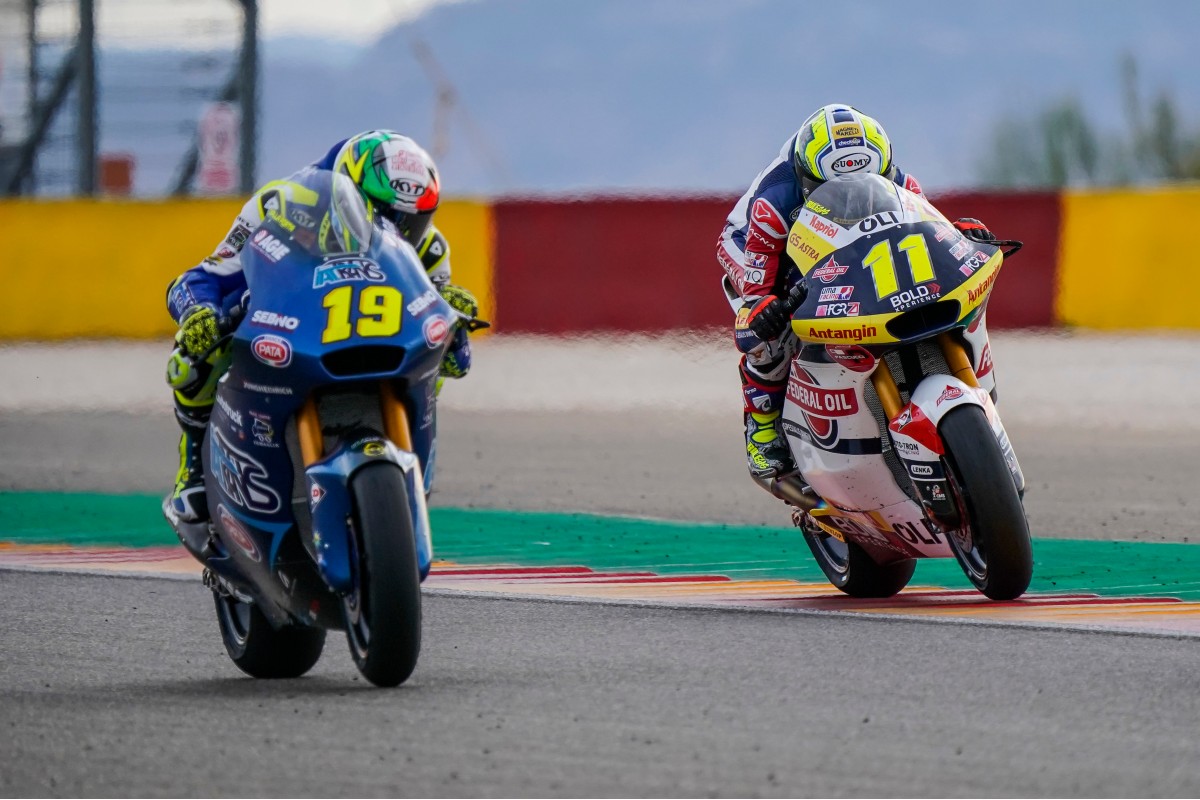 Another triple header comes to a close, but at MotorLand Aragon the news are not positive for Team Federal Oil Gresini Moto2 as both riders Nicolò Bulega and Edgar Pons are unable to score points, leaving therefore the #AlcanizGP empty-handed.

The Spanish rider of Team Federal Oil Gresini Moto2, who last week had scored his so-far best result in the category, today did not manage to make it to the finish line due to a crash with two laps to go, while he was running in 20th place.

For Bulega, on the other hand, it was all an uphill battle and not only due to his starting grid position: the collision at turn between Luthi and Daniel happened right in front of the Italian, who was forced to almost stop to avoid them – and that cost him some precious time.

“We struggled during the race once again. We improved the bike compared to the previous weekend but the others did it, too… We have some issues that we need to analyise and solve. If this wasn’t enough, I lost a lot of time for the crash that happen in front of me. Let’s say luck is not on my side.”

“We were quick and competitive during all weekend, but something in the race didn’t work. I was feeling strong, especially at the end of the race, and I pushed hard to try and finish in the points, but then I lost the front at turn five and there was nothing I could do. Thanks to the team, as always, and we’ll try to make amends at Valencia.”