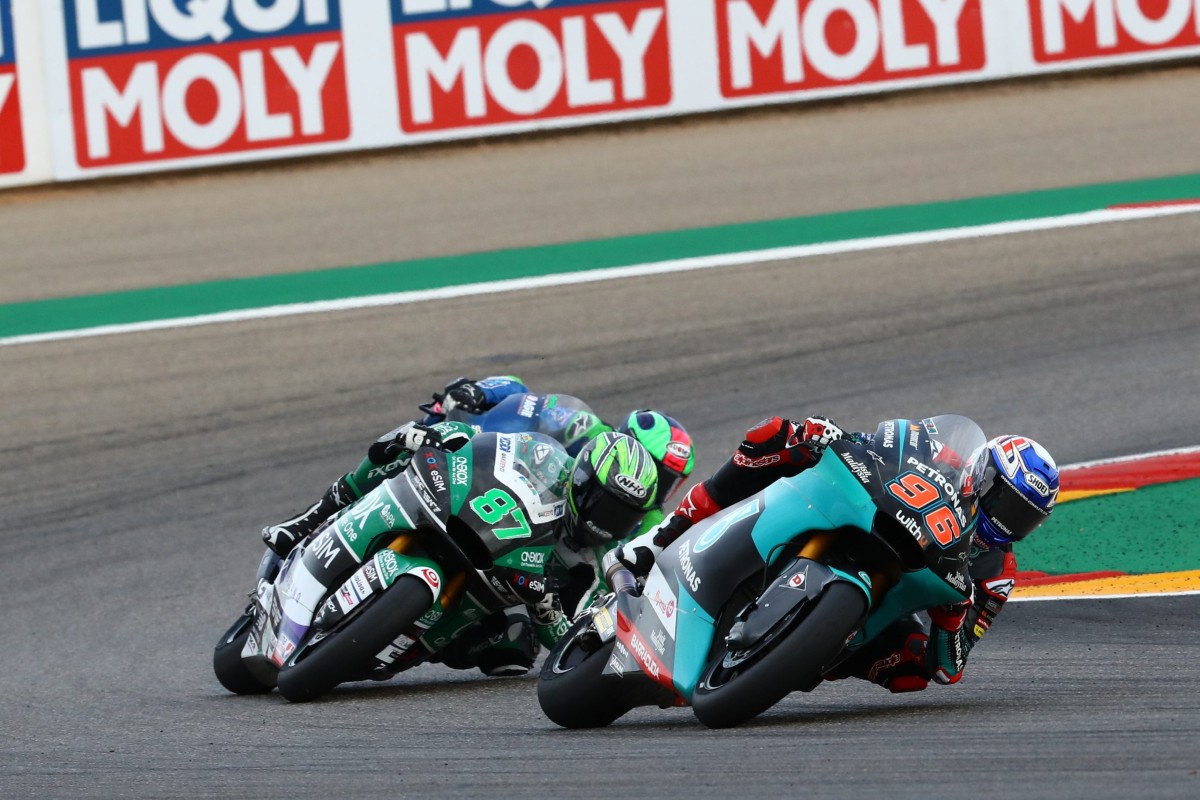 A great start from Dixon saw him move into fourth in the first corner, before moving into the top-three during the opening part of the first lap. Struggling for grip on the soft rear tyre, the Brit started to drop back and found himself seventh at the halfway point. Jake lost one place further on lap 14 but gritted his teeth to make his way passed Augusto Fernandez on the final lap to cross the line seventh.

Team-mate Vierge also had a good start and moved up to 18th on the first lap of the race. The Spaniard made steady progress through the field in the first half of the 21-lap race, to move into 12th by the mid-point. Despite feeling the pressure late on, Xavi was able to successfully maintain his position and finished the second race at MotorLand Aragón 12th.

Dixon and Vierge will now be able to enjoy one week of rest, before they are next in action at the first event in the final triple-header of the year: the Gran Premio de Europa (6-8 November).

It was actually a difficult race. I felt really good in morning Warm Up and I genuinely thought I could have a go at getting on the podium. For some reason in the race I struggled a bit with the front end and wasn’t able to be as strong. We’ll go away from here, analyse what’s happened over the last two weekends and try to come back with a plan for Valencia. I think it’s a good two results for my first year on a Kalex here and I can’t be too disappointed. I finished ahead of a lot of good people and wasn’t too far off the championship leader. It might not have been the position we wanted but there are positives: I didn’t crash, I scored points and I’ve been able to gather more data for us to help take that one step we need to finish on the podium. I had a really good result in Valencia last year, so I’m looking forward to seeing what I can do there in a couple of weeks’ time.

I am really happy with how the race went, because we struggled a bit with the bike feeling different in qualifying compared to FP3. The team worked so hard to make some changes to the bike overnight and it felt so much better during the race today. Starting from 22nd I just wanted to be able to score some points and we managed to do this, so I am really happy. It hasn’t been an easy two weekends at Aragón, but the team has supported me so much. Now I will go home, try to rest and then head to Valencia as close to 100% fitness as I can be, to try to finish in the top positions again. I’m really looking forward to the final three races.