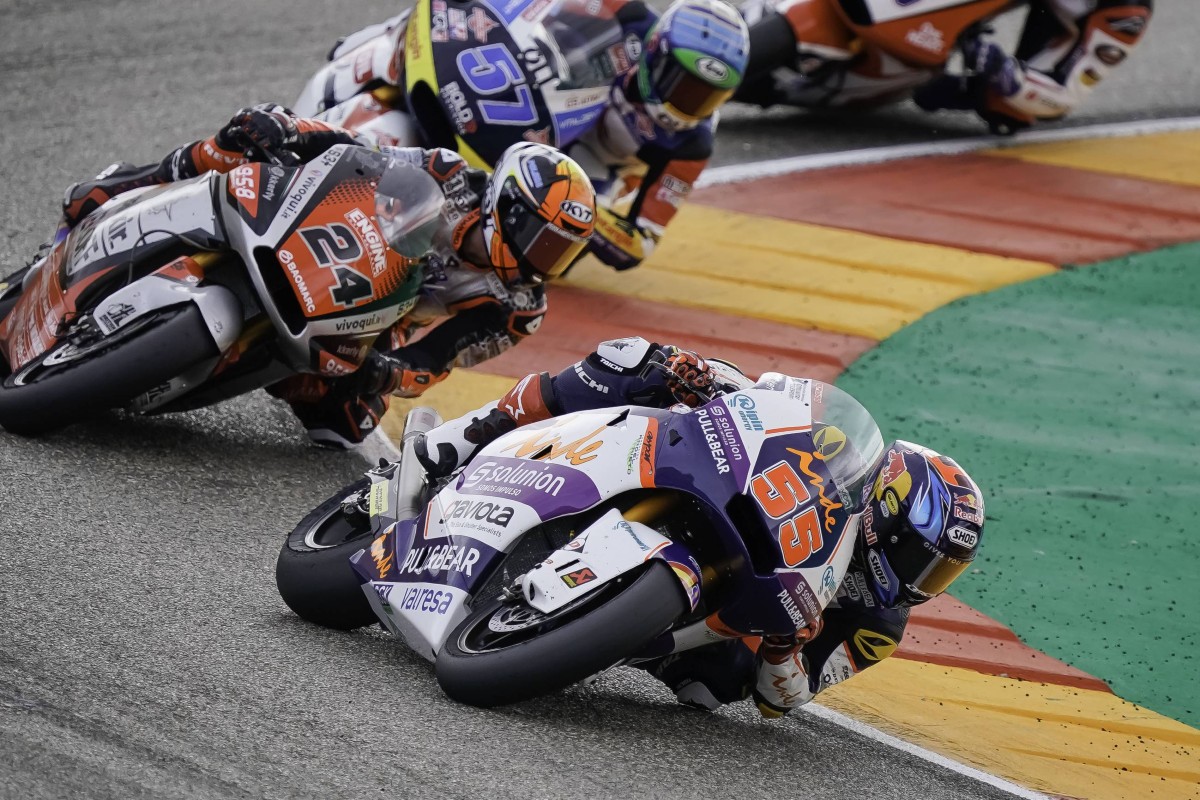 Sam Lowes has won the third race in a row with eight seconds, doubling the 4-seconds difference of last week’s race. For the British, this streak between the races in France and Aragon means, above all, one thing: he arrives as the leader of the category at the last triple-header of the season, which will take place between Valencia and Portimao. Lowes already had a two-second lead shortly into the race, and since then he has been managing his lead and gradually amassing more difference over Fabio di Giannantonio. The Italian was unable to finish last week, but has made up for himself with a second position at the Teruel Grand Prix. Along with the two of them, Enea Bastianini also finished on the podium, losing the lead, but staying just seven points behind Lowes. The two races in Aragon have not been as positive for Luca Marini, who arrived as the leader at Motorland and leaves the track with a 23-point disadvantage, nor for Marco Bezzecchi, who has not been able to finish any race in Aragon and is now 48 points off the leader.

The Inde Aspar Team has won three more points in the Teruel Grand Prix with Hafizh Syahrin’s thirteenth place. The Malaysian has climbed up to seven positions from his starting grid place and has fought with the middle group from start to finish, ending the race ahead of several of them. Syahrin has recovered the good feelings he had in previous races and, after being fifteenth in France, today he has added three more points. His teammate in Aragon, Xavi Cardelús, has completed his second race as a substitute for Aron Canet with a twenty-second position. The Andorran rode faster than last week, in a race that was six seconds faster than that of the Aragon Grand Prix, and he only regretted not being able to keep up with the front group on the first laps.

“It was a good race, in which we were able to maintain a good pace. I gave my best and I found better feelings in the race. Step by step I have been catching the group. I think I could have overtaken a few more opponents if I had had a lap or two more. We go back to the points and we have to keep working hard. I hope that, in the meantime, all our fans at home follow the sanitary recommendations and are safe. We will do our best so that they can enjoy racing from home.”

“We have worked very well during the weekend, but in the race, it was a bit difficult. I expected to have a slightly better race: at the beginning I had a hard time following the group in front, the bike was sliding and I think that may be one of the factors. During the race I was able to keep the same pace and I think that if I had been with the group at the beginning, I would have gone faster and could have finished better. I am happy with the opportunity and with the work we have done this weekend.”

#AlcanizGP
Follow on Social Media
Get the VROOM Podcast