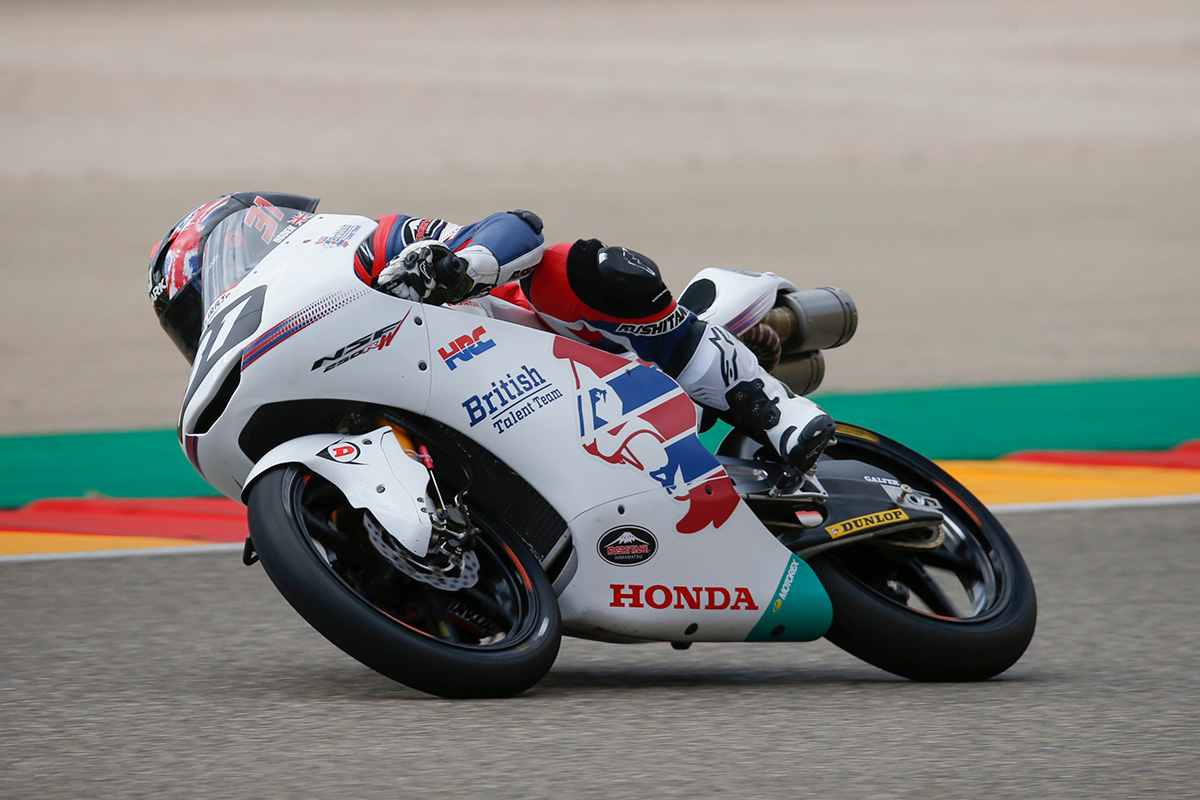 The time has come for the final two rounds of the 2020 FIM CEV Repsol season, and the Junior Talent Team are raring to race to end the season on a high. The stage is the Circuit Ricardo Tormo and there’s plenty at stake, with three races over the two rounds: one on Saturday and two to finish off the season on Sunday.

Max Cook arrives as the JTT leader in the standings, and despite his pelvis injury arrives after some impressive performances last time out in Aragon – including a stunning fifth place. What can he do as we return to Valencia? The Brit has experience at the track and a solid best finish of 11th, and he’ll be motivated to move forward from that as he returns to the venue with more experience. He’s also looking to finish 2020 within the top ten overall as a minimum – and is currently only five points off that on the way in.

His teammates Takuma Matsuyama and Scott Ogden arrive only a little further back from Cook overall, and they’re also equal on points. So there’s some team rivalry at play in the final two rounds, as well as those coveted points and places in the standings overall. Both the Japanese and British rookies have been in the top ten already, and they’ll want to finish off their first full FIM Moto3™ Junior World Championship seasons on a high after both impressing in 2020.

For the more experienced Mario Aji, meanwhile, it’s about using that experience to his advantage. The Indonesian has scored some points since his return to the FIM CEV Repsol, but it’s been a tougher season and he has three last chances to leap up the board at the season finale. Outscoring those around him by even a handful of points would see him gain a host of places – and he’s finished in the top five in the FIM CEV Repsol before. Tatchakorn Buasri also has the chance to gain big. The Thai rookie has been in the points twice this season – no mean feat – and will be looking to add a few more to his total after a likewise tougher season.

Billy Van Eerde’s tougher time continues, however, and the Aussie will remain sidelined for the final rounds as he continues to recover from an injured hand. He’ll doubtless be cheering his teammates on as they take on Valencia though, with plenty at stake in three races over two days.