Final CEV Repsol weekend of 2020 gets underway at Valencia 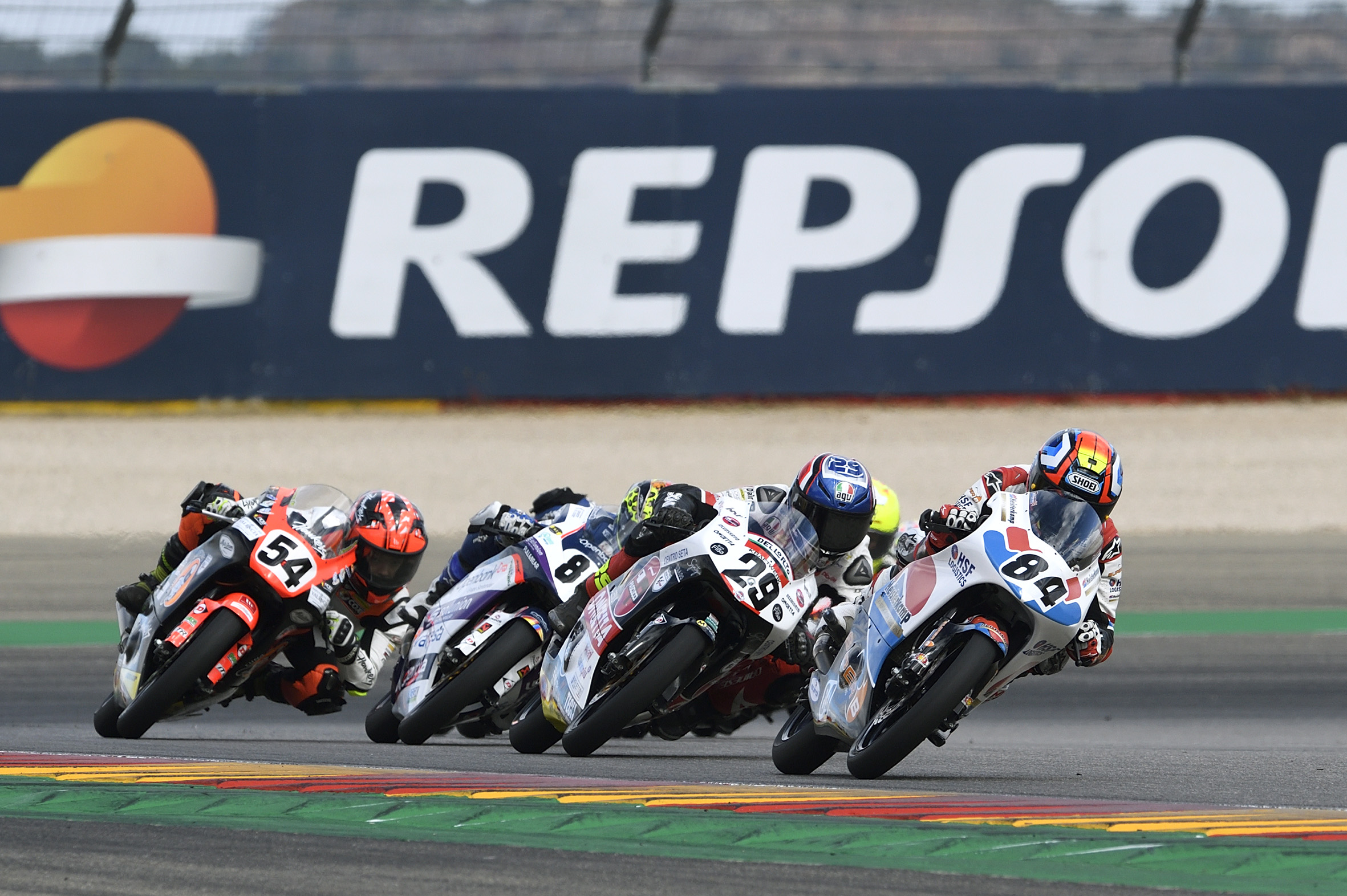 The final showdown of the FIM CEV Repsol season has commenced with qualifying for the last weekend of action at the Circuit Ricardo Tormo in Valencia, and it was a day of big stories across all three classes. The FIM Moto3™ Junior World Championship saw Pedro Acosta (MT-Foundation 77) storm to pole whilst Finland’s Nikki Tuuli (Team Stylobike) heads up the Moto2™ European Championship grid ahead of the weekend. In the Hawkers European Talent Cup, it was Spaniard Marcos Ruda (Team Honda Laglisse) who clinched pole by nearly three tenths of a second. All three classes will see the crowning of Champions and with qualifying being of great importance around the tight and twisty Ricardo Tormo venue, fireworks are promised from the outset.

With the FIM Moto3™ JWCh still able to go any one of six ways with some 75 points up for grabs, qualifying had never been more significant. Starting from pole is Pedro Acosta (MT-Foundation 77) as the 16-year-old goes about closing down the 39-point deficit to current Championship leader Xavier Artigas (Leopard Impala Junior Team) from the front of the grid. After constant swapping and changing in the battle for pole in the final five minutes, Artigas had to settle for second, some half-a-second from Acosta’s top time, whilst Izan Guevara (Openbank Aspar Team) was just 0.033s further back in third, as the top three in the title race all go from the front row.

Making up row two was Japanese star Takuma Matsuyama, with the 15-year-old rookie in Moto3™ taking his best grid position of the year. Will the five-time Asia Talent Cup race winner be able to end his season on a high and with his first career podium? In the middle of row two is David Salvador (Cuna de Campeones) and the 2018 HETC bronze-medalist aims to stay in the title fight, although a sizeable 66-point gap is something he’ll have to bridge. Completing the top half-dozen is Great Britain’s Scott Ogden (British Talent Team), who achieved his best grid slot of the whole season. Fourth in the Championship Jose Garcia (SIC 58 Squadra Corse) could only manage the end of row four in 12th, whilst Daniel Holgado (Openbank Aspar Team) was seventh – both are 44 and 69 points behind leader Artigas in the standings, with a mathematical chance of taking the title for 2020.

The Moto2™ ECh welcomed the riders out on track for their qualifying session under glorious sunshine and it was Nikki Tuuli, who took pole by taking 1.2 seconds off his morning time, heading the field. Championship leader Yari Montella (Team Ciatti Speed Up) was 0.115s behind his title rival, having led the morning session in convincing style. Third was Lukas Tulovic (Kiefer Racing) who took his second front row of 2020, just 0.125s from pole in the closest front row of the year. Elsewhere on the grid, Dominique Aegerter (Liqui Moly Intact SIC Junior Team) debuted in fifth, Championship contender Alessandro Zaccone (PromoRacing) was sixth and Thailand’s Keminth Kubo (VR46 Master Camp Team) was off the front row for the first time since he joined the class at Jerez, down in ninth.

Qualifying was just as crucial in the HETC and Marcos Ruda (Team Honda Laglisse) took his second front row of 2020 and a career-first pole position, finishing some 0.280s clear of his rivals. The 15-year-old is joined on the front row by Roberto Garcia (Cardoso Racing), who achieved a career-best grid slot in second. Bringing familiarity to the front row was David Alonso (Openbank Asapr Team), however, the Championship leader was found to be riding slowly in five sectors and subsequently given a 12-place grid penalty. His nearest Championship rival, Zonta Van Der Goorbergh (Super-B) was fourth and is thus promoted to the front row; the Dutchman needs to outscore Alonso by three points on Saturday to take the title to the final race on Sunday. Third in the standings Ivan Ortola (Openbank Asapr Team) was fifth on the grid and can still be second in the standings overall.

There’s loads to look forward to across the weekend so make sure you know the all-important times below ((all times are Local Time GMT+1):