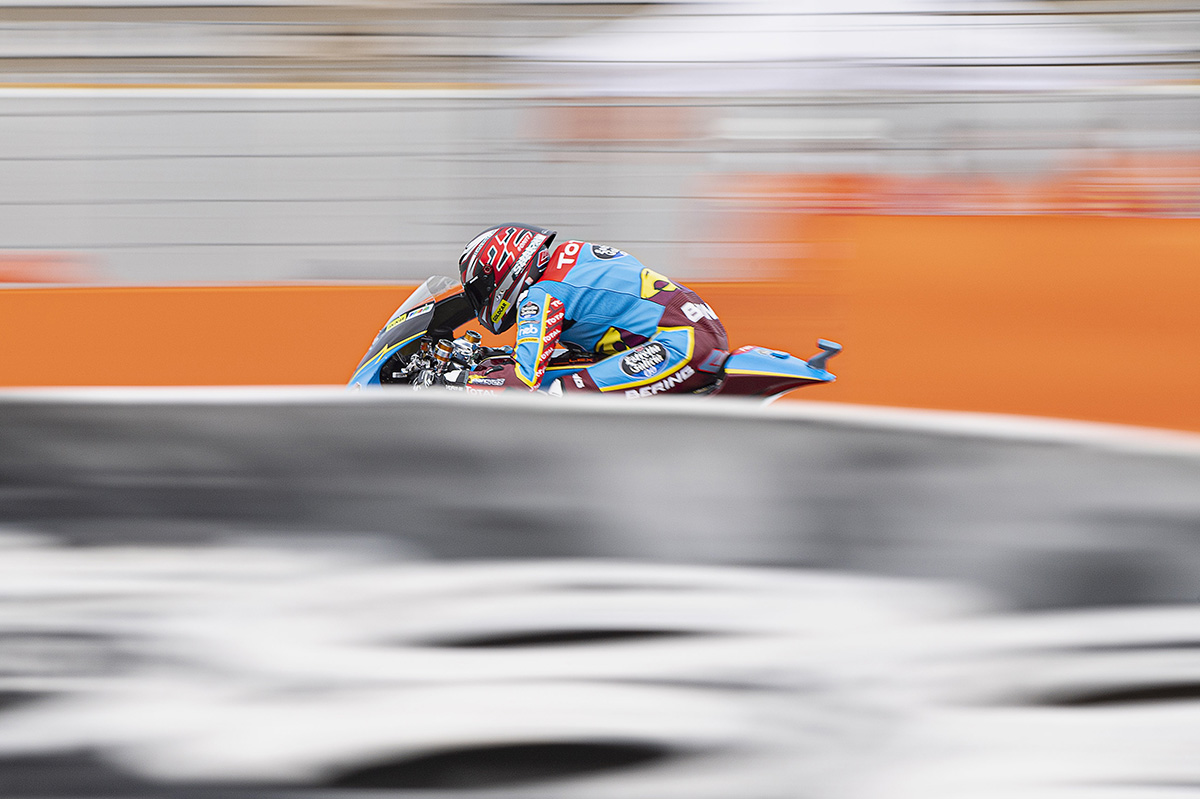 Both Team Estrella Galicia 0,0 Marc VDS riders had to grit their teeth for the 14th round of 2020. Sam Lowes rode the 25-lap race with an injured right wrist after Saturday’s violent crash in FP3 and Augusto Fernández with a fractured big toe in his left foot from last weekend.

The two points scored by Lowes today met his expectations and is enough to keep his championship hopes alive. He can still overhaul leader Enea Bastianini in next weekend’s season finale at Portimao, Portugal.

Fernandez used morning warm-up to work on set-up but the direction he took for the left him struggling to match his fastest pace from the weekend.

He gained two places on the first lap to climb from 21st to 19th, but he could not climb as many positions as he had planned. Despite struggling in the race, he scored one point for 15th.

The result sees Fernández slip to 16th in the World Championship with 63 points to his name. With a good result in Portugal, Augusto could still reach the overall top ten.

“It was a difficult race. It was a long race. I didn’t feel good on the bike in the whole race, I was struggling a lot. It was difficult to make my pace. I was riding slower and we have to try and understand why. In warm-up we showed we weren’t going to win, but our potential wasn’t this. In the end it looks like we took a step back in the race in terms of feeling and set-up. These are hard times. But we’ll keep trying. Even with this bad feeling, I pushed every lap, like I was fighting for the win. If we keep fighting, it will arrive. Portimao is a new track and a good opportunity to turn this around.”

Having used the warm-up session to test the condition of his hand, 30-year old Lowes had a steady start and found space on the track when 21st in the early laps.

By lap twelve Lowes had found some great rhythm. He was running the same lap times as the leaders and soon overtook Thomas Luthi and Fernández ahead. To come home 15s behind the race winner was a tremendous effort.

Those two important points mean Lowes remains second in the World Championship with 180 points, 14 behind Bastianini with 25 still to play.

“In the end we were a tiny bit lucky because some guys crashed at the end. But that was me last week so that’s racing. I dug deep. The first laps were difficult. I didn’t feel very agile on the bike so I couldn’t be really smooth. But once I did a few more laps and the fuel level was a bit less, the bike was a bit lighter and I managed to just stay in the group. It wasn’t so nice to ride because there was a bit more wind today so the bike was moving a lot more and I was struggling with the hand. But no excuses. I’m really happy to get the two points. The crash yesterday was a big one and the team did a great job rebuilding the bike. It’s unfortunate for the championship but we got two points. We go to the last round of the championship with a chance. This is what we wanted from today. It could’ve been worse. We’ll just keep working hard. I’ll have another check on the hand tonight. Hopefully there is no further damage and we can take the next few days to improve even more and then we’ll look forward to Portugal.”