No reward in Valencia for Canet and Syahrin 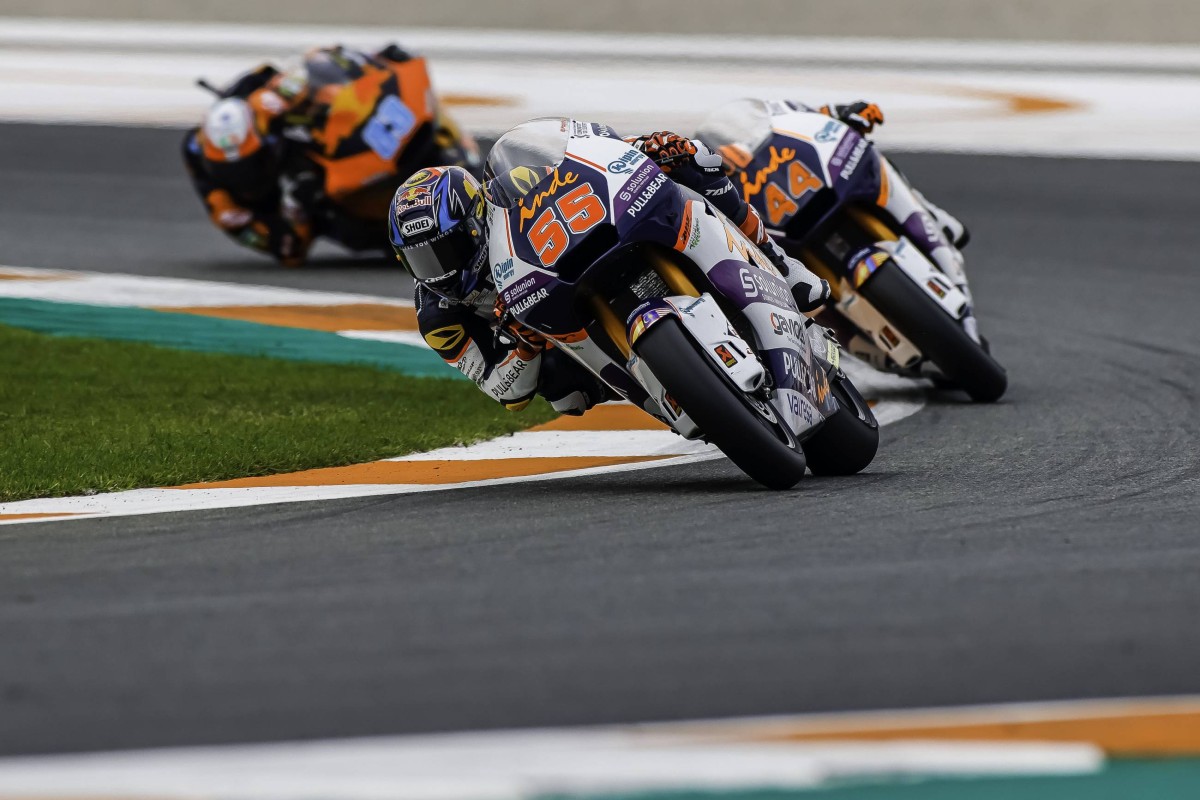 The Inde Aspar Team finishes nineteenth with the Malaysian rider, on a day in which Aron Canet was unable to finish due to a crash

The Spanish Jorge Martín has achieved his second victory of the season in Valencia, in a race in which he started leading, he has gone back several positions to fourth place to, in the final laps, return to the lead and win the race. The last lap had several lead changes: Speed ​​Up rider Fabio di Giannantonio started in the lead but crashed into the sixth corner. Jorge Martín has taken advantage of that fall to also overtake Marco Bezzecchi and to go straight to the win. Behind him, Héctor Garzó has also taken his opportunity to place himself second and get his first podium in the intermediate category. With these results, together with the fifth position of Marini, the sixth of Bastianini and the fourteenth of Lowes, four riders arrive in Portugal with mathematical options of being able to become Moto2 champions. Bastianini leads the standings with a 14-point advantage over Lowes, 18 over Marini and 23 over Bezzecchi.

Inde Aspar Team has closed a race without reward in Valencia, after the crash of Aron Canet and the 19th position of Hafizh Syahrin. The Valencian started from twentieth position and went step by step, regaining ground with the top riders and climbing up until eleventh position. However, with four laps to go, the Inde Aspar Team rider crashed on the sixth turn of the Circuit Ricardo Tormo after making a small mistake. With this DNF, Aron Canet arrives at Portimao as the leader of the rookie of the year trophy, although only three points ahead of his biggest rival. His teammate Hafizh Syahrin was nineteenth in a race in which he could not fight for more, after a difficult weekend in which together with his technical team he struggled to get a set-up that would have allowed him to give the maximum.

“We close a complicated weekend in which we have been struggling a lot to try to understand our situation. We have improved, but not enough. In the race there was a lot of wind and it was difficult for me to turn the bike. It has been a nightmare this weekend. What we have tried has not worked, we improved in one point and worsened in another. We are going to give everything in Portimao, which will be our last race with the team.”

“It was a difficult weekend and we ended it with a crash. We had taken one more step in terms of set up and we were improving, quite the opposite of last week. However, I made a small mistake in turn six, when I closed too much, which caused me to crash. We must be happy, the main mistake has been the qualifying practice, starting from so far behind has hurt us.”