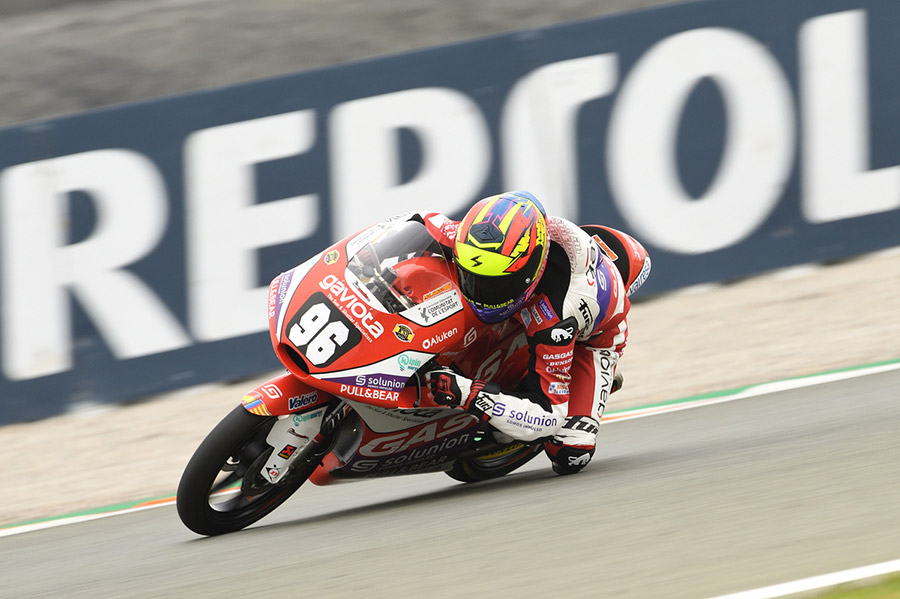 Under sunny skies at the Circuito Ricardo Tormo in Cheste, Valencia, another thrilling day of FIM CEV Repsol action took place as the pole-sitters across all three classes were decided. In the FIM Moto3™ Junior World Championship, it was Championship leader Daniel Holgado (Aspar Junior Team) who took a first pole position of the year, whilst it was rookie Alonso Lopez (Boscoscuro Talent Team-Ciatti) who heads the Moto2™ European Championship grid on Sunday. In the Hawkers European Talent Cup, Hugo Millan (Cuna de Campeones) fulfilled his early season potential by taking a career-first pole.

The FIM Moto3™ Junior World Championship put on a thrilling display during their qualifying sessions, as Daniel Holgado picked up from where he left off at Estoril, by taking a first pole of the 2021 season just two weeks after his career-first victory. With the vast majority of riders setting quicker times in the cooler morning session, a 1’38.740 was good enough for Holgado, as he fended off Brazilian rider Diogo Moreira (Team Estrella Galicia 0,0), who took his best ever grid position and his first front row since Estoril last year, 0.170s behind the pole-time. Completing the front row is Jose Julian Garcia (SIC58 Squadra Corse), with the Spaniard also taking his second career-front row.

Taking the charge to the leading trio is Australia’s Joel Kelso (AGR Team), who took a career-best fourth, improving on his previous best by two places – which in turn, was achieved last time out at Estoril. In the middle of the second row and lining up in fifth place is last time out’s polesitter Ivan Ortola (Team MTA), as he pipped Japan’s Takuma Matsuyama (Asia Talent Team), although Matsuyama was fastest in the afternoon’s higher temperatures. Second in the Championship David Salvador (TM Factory Racing Team) could only manage 16th overall, whilst third in the standings, David Alonso (Aspar Junior Team), qualified eighth.

In the FIM Moto2™ ECh, it was yet another battle of the Boscoscuros but this time, it was Alonso Lopez who stormed to pole, pipping his fellow rookie teammate Fermin Aldeguer (Boscoscuro Talent Team-Ciatti) by a narrow 0.015s. The first 1-2 for the manufacturer in the class, it promises to be yet another battle between both riders, with Aldeguer leading the Championship by ten points over Lopez. In third place on the grid, Estoril pole-sitter Lukas Tulovic (Liqui Moly SIC Racing Team) completed the front row in third.

There’s a new name on pole in the HETC, that of Hugo Millan, who was a revelation in the opening round of the year in Portugal. Millan will hope to convert his first-ever pole position on Sunday, as he beat Group A’s Maximo Martinez (Team Honda Laglisse) to the top time, which came in the morning session. Lining up third is Estoril pole-sitter Alvaro Carpe (MT-Foundation 77), who takes back-to-back front rows for the first time in his career.