15th and 16th respectively for Marini and Bastianini at the #GermanGP 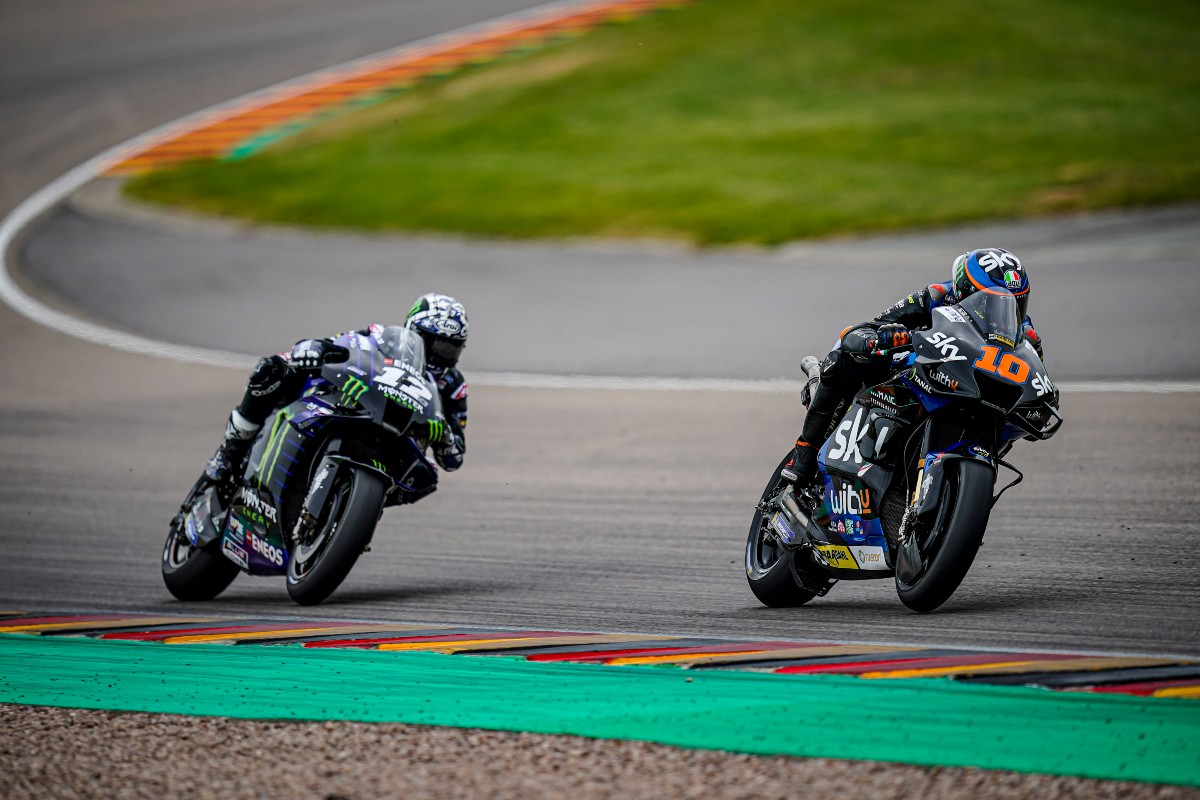 Marini managed to cross the finish line inside the top 15 after a hard-fought race. The Sky VR46 Avintia rider, who lost some positions during the early stages of the race, was able to come back to score a valuable point.

Bastianini, who was penalized three positions on the grid after yesterday’s qualifying, finished the race in 16th position at Sachsenring, just one position outside of the points.

Avintia Esponsorama and Sky VR46 Avintia will race the ninth round of the World Championship calendar next week, the Motul TT Assen.

I am satisfied with the weekend, we had a good race where I was fast and consistent. I had a good feeling, the result of the work done here and in the Barcelona test. I can show my potential better, but we still need to work on how to manage the start and the first laps.

I am not happy with my race because unfortunately I had some problems that made me lose a lot of time and we will try to understand why. At some points of the circuit, I was fast and I was able to make a little bit of a difference, but it wasn’t enough. Overall, it was a difficult weekend. We leave here with experience because we did a lot of laps with left-hand turns, and I think it will help for the future. I’m sure we’ll do better at Assen.

#GermanGP
Follow on Social Media
Get the VROOM Podcast