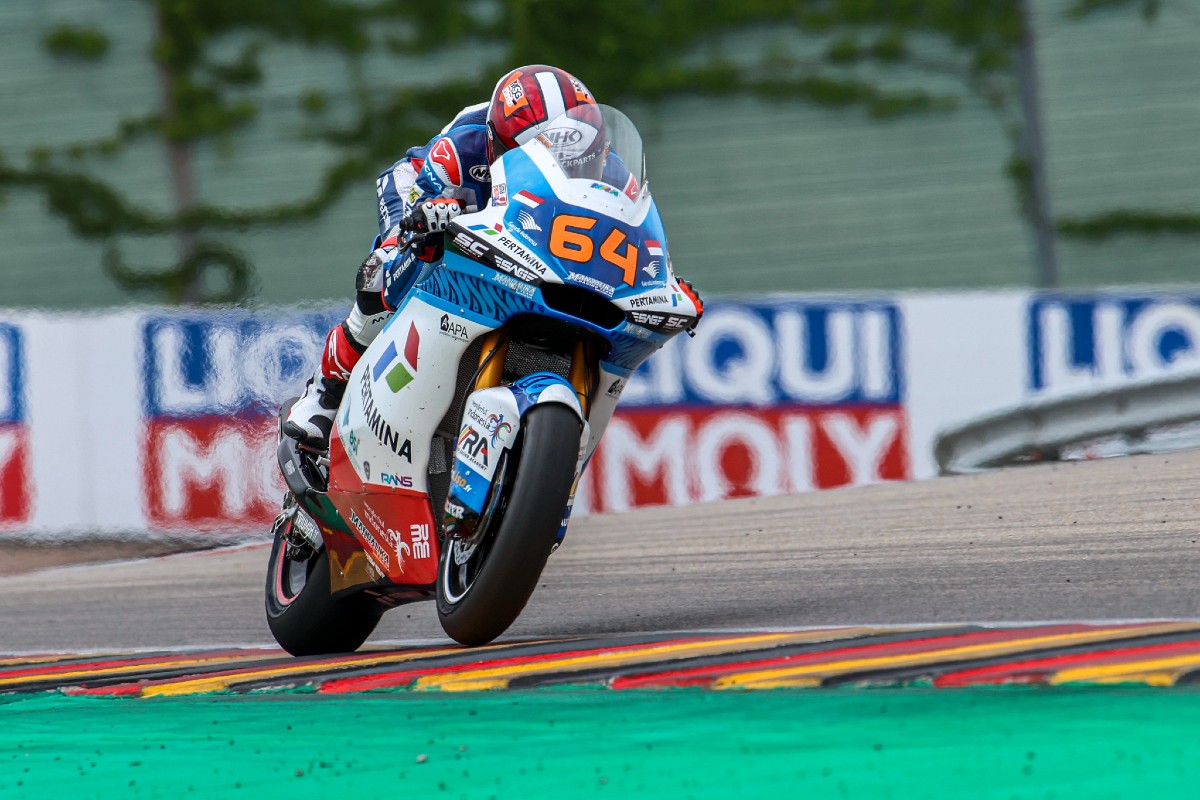 The Pertamina Mandalika SAG Team has competed the eighth round of the season at the Sachsenring Circuit in Germany. Bo Bendsneyder finished thirteenth and Tom Lüthi finished nineteenth.

Bo Bendsneyder continues to work on the right line. This weekend was the first time the Dutch rider rode with the Kalex on the German circuit, so the team worked hard to find the best set-up for the race. Bendsneyder finished in thirteenth position after a positive weekend, getting three new points for the general Moto2 standings. Bendsneyder is very excited for next weekend as he will be competing at home at the Dutch GP.

Tom Lüthi suffered with the difficult track conditions all weekend. The Swiss rider found his best feeling with the bike after a few laps of the race, when the bike was lighter as it had less fuel. He went straight trying to overtake another rider, which caused him to lose time until he finished in nineteenth position. A difficult weekend for the Pertamina Mandalika SAG Team rider, who is already thinking about the next race in Assen.

The next Moto2 World Championship race will take place at the Assen TT Circuit on June 27, 2021 during the celebration of the Motul TT Assen Grand Prix in the Netherlands.

It was a really difficult race. Especially the feeling with the front, I felt like I was losing the front in every corner. We have to understand what happened and why I had this feeling. I think the whole weekend was good to set a good lap time but our race pace wasn’t the best because I was struggling with used tires. We now understand what we need to improve. I want to thank the team, they did a great job and they worked really hard. I’m looking forward to my home GP.

It’s been a tough weekend for us. The plan was to recover some positions in the race. I struggled to get a good feeling with the bike at the beginning of the race and I was not able to get a good speed so I lost some positions. I could recover some on the second half of the race, It was easier to race for me and I had a good pace. I made a mistake and I nearly crashed in turn eight, I lost the front and I lost positions. Not a good ending of the weekend but there was some good speed and I take the positive in each race.