Points finish for Taka with 13th in the #GermanGP 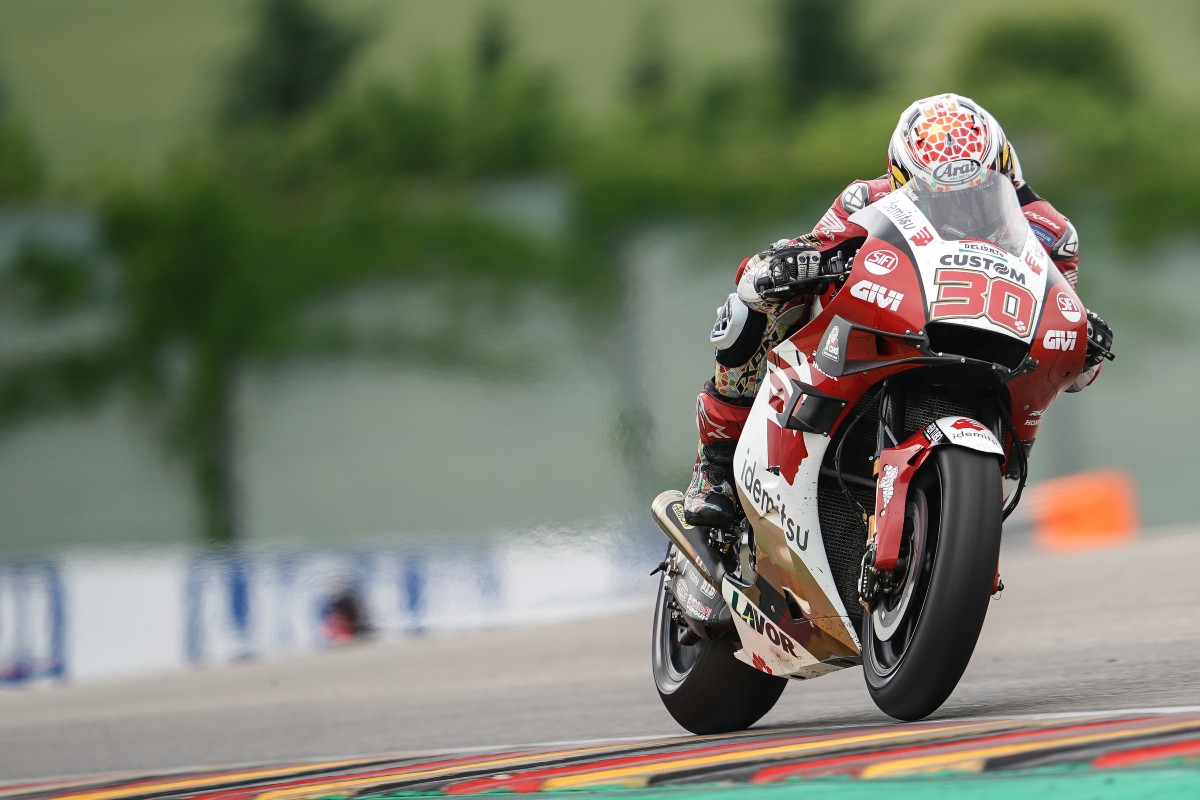 Takaaki Nakagami showed determination to claim a points finish in the German Grand Prix at the Sachsenring on Sunday. The LCR Hondas IDEMITSU rider was unable to make the impact he was hoping for after a difficult start and ultimately had to settle for 13th position in round eight of the 2021 MotoGP World Championship.

Having qualified on the third row of the grid, Taka again demonstrated his potential at the German venue as he went third fastest in Sunday’s warm-up session. But he lost places after getting away to a tough start and struggled to battle his way through the field after experiencing rear grip issues throughout.

It was a tough race for me, starting from P9 on the third row, I didn’t have a good start. But at the beginning of the race I had good pace, felt good on the bike and tried to overtake some riders and catch up with the top group. But after 8 or 9 laps I felt a drop off in the rear grip and then lap by lap it was really difficult to manage the bike. Towards the end of the race, the last ten laps, it was so difficult to keep the lap time. I finished P13 and I’m not happy about the result, but let’s stay positive and focus on the next race at Assen.

#GermanGP
Follow on Social Media
Get the VROOM Podcast