7th and 17th for Navarro and Lopez in the #DutchGP 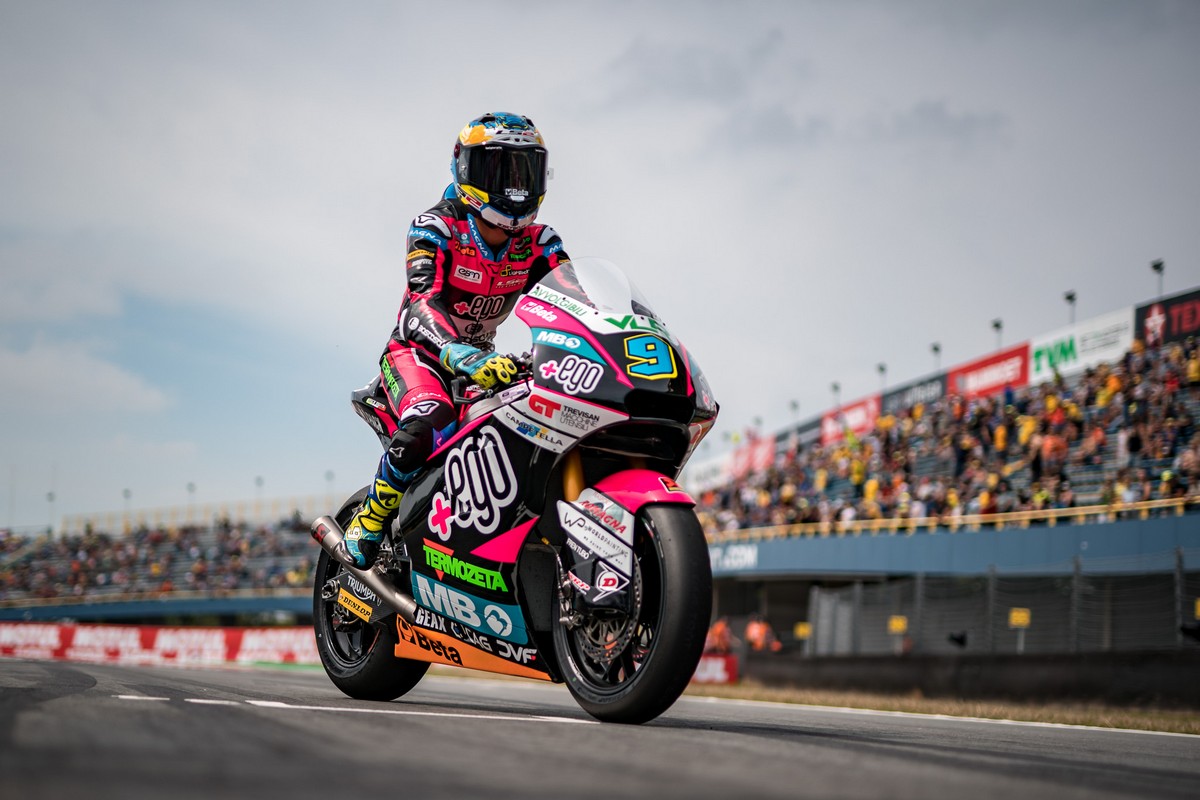 The starting grid changed after the news that one Moto2 rider has tested positive for Covid-19. Both riders gained one position on the grid, Navarro started from the second row (p6), while Lopez remained on the ninth row (p26).

Tough start of the race for Jorge who found himself in p12 at the end of the first lap due to a contact with another rider. The Valencian, however, did not give up and in a few laps he recovered two positions, taking to p10. Maintaining a good pace throughout the remaining laps of the Dutch TT, the number nine managed to hit some nice overtakes by crossing the finish line in seventh position.

Good performance by Alonso Lopez who after a disastrous start was able to manage the race well, recovering nine positions and finishing the race at the TT Assen circuit with seventeenth place.

Satisfied and happy with how this race went because I managed to make a good comeback after the accident on the first lap. Then the pace was pretty good and I was able to overtake some riders. In the end, I think p7 was our place today, so happy and willing to make the most of this break and then come back even more motivated!

I am not entirely happy with how this GP went. I’m sorry for the race, I could have done a lot better because I chose the soft front tire and I had a lot of problems under braking. Certainly, with the hard tire we could have been much more competitive. Instead, I was satisfied with how I managed the race on the track and the work we did over the weekend. I thank the team for the incredible work they have done and to Luca for the opportunity. I hope to see you soon, a hug!