Comeback and points for Manzi with 13th in the #DutchGP, Garzo ruled out following positive Covid test 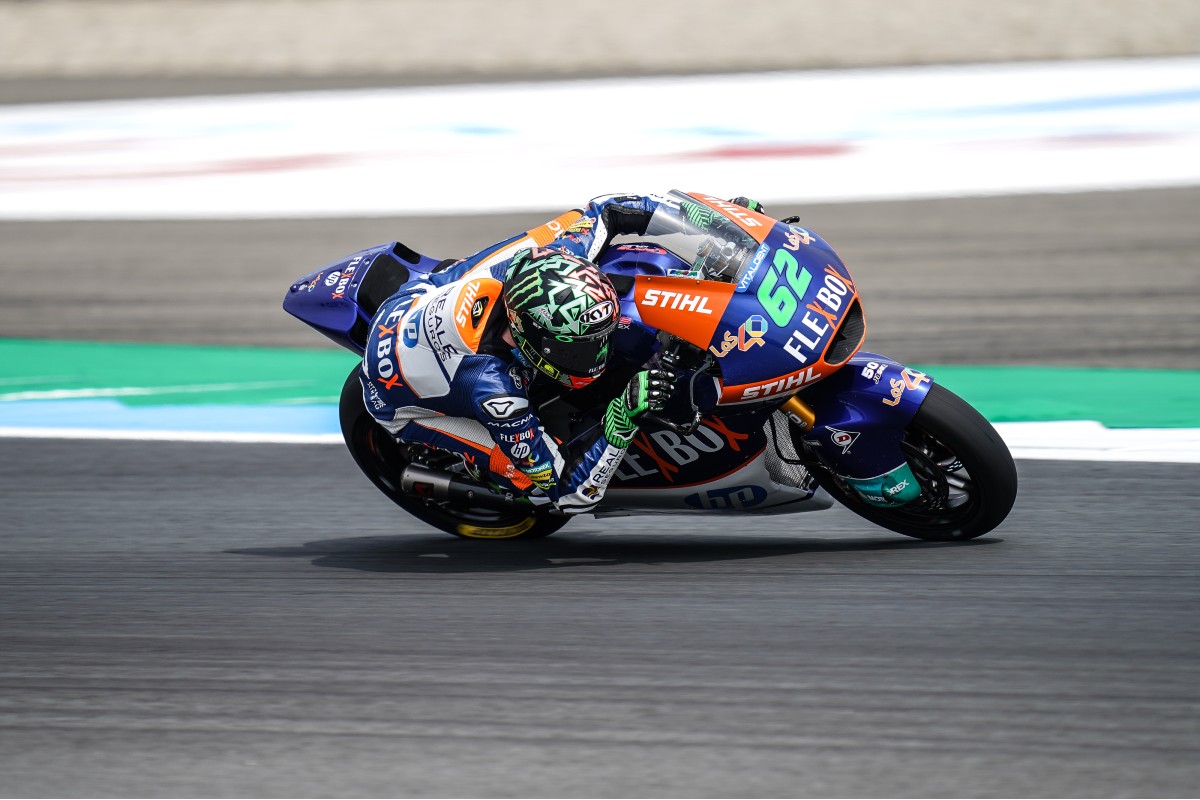 Racing Sunday at Assen began with unexpected news for the entire FlexBox HP 40 team: Héctor Garzó tested positive for Covid-19 after a test first thing in the morning, with another test at mid-morning that confirmed it, not allowing him to race today. A real shame for the Spanish rider, who had qualified in fifth position and had the chance to make a good race.

The only representative of the team in this race has been Stefano Manzi, who started from the twenty-second position. Manzi, who started the weekend very well but had a difficult Saturday, managed to turn things around and complete a good race. Right from the start he has started well, climbing several positions at the start, to place himself in the race group that was fighting for eighth position. Finally, the FlexBox HP 40 rider crossed the finish line in thirteenth position, culminating his particular comeback and dismissing the first part of the season by adding 3 more points to his locker, in what seemed to be a more complicated race.

Now the FlexBox HP 40 faces the summer break and will return to activity next August, on the 6th, 7th and 8th, with the Styria Grand Prix in Austria.

Today’s race went quite well. We started very far back and the start was already good, making a very strong first lap. A shame to have separated from the group in front of me by starting so far back, since we were riding at the same time. Also in the last lap I had a contact with another rider who made me lose 3 positions, but that’s the way the races are. Now comes the summer break and we will return to the maximum in the second part of the championship.

It’s a shame to test positive for Covid-19. We started from fifth position and we could have had a good race, but we have had a streak of bad luck: in Montmeló they threw me, with an injury that caused me not to run at Sachsenring and now positive. The most important thing is that I feel fine, without any symptoms. I just want to thank the team for their patience and understanding in this situation and I hope to come back stronger after this summer break.