Lüthi and Bendsneyder 14th and 15th in a difficult #DutchGP 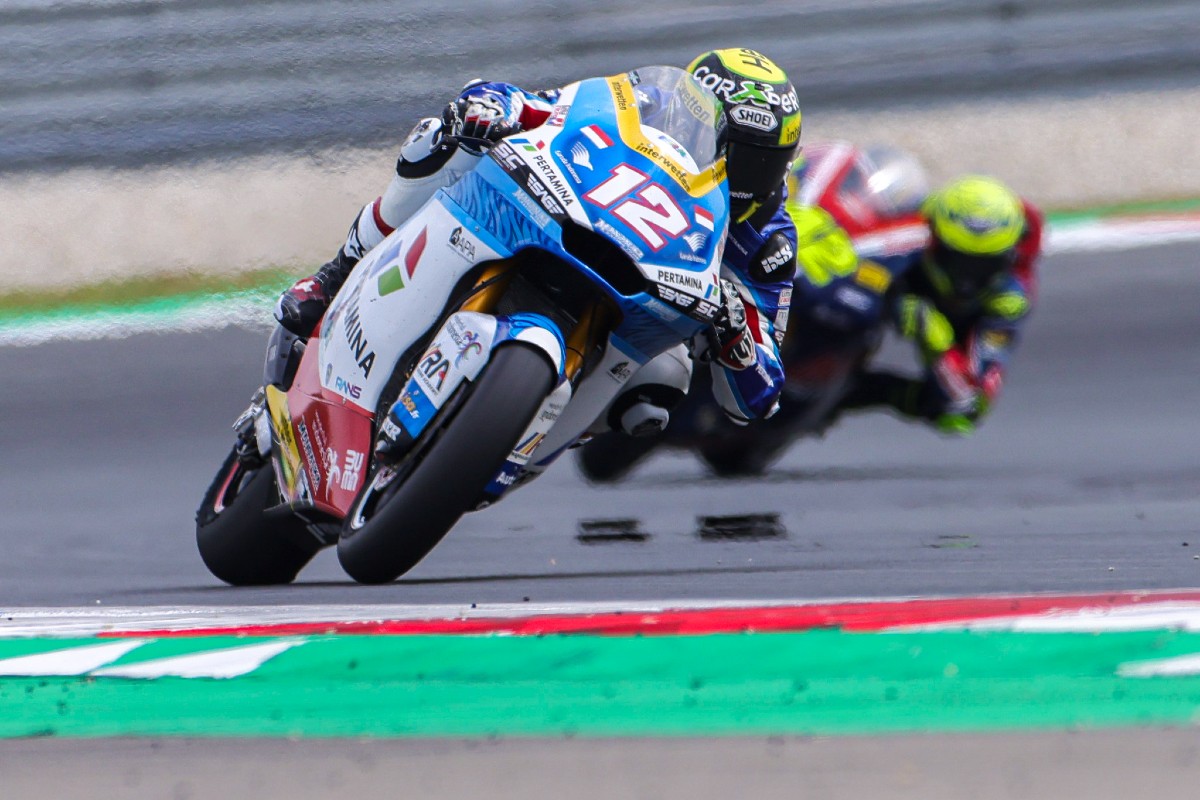 The Pertamina Mandalika SAG Team riders finished the Motul TT Assen into the points. Tom Lüthi was fourteenth after climbing some positions, while Bo Bendsneyder finished in fifteenth position after suffering a double long lap penalty.

Tom Lüthi concluded the Dutch Grand Prix with a good feeling. The Swiss rider overtook several positions in the opening laps and managed to finish in fourteenth position achieving XX points. Lüthi leaves to the Summer break with a good impression and looking forward to continue working in the right direction after the break.

Bo Bendsneyder had the extra motivation of racing at home. The weekend did not start in the best way, but both the rider and the team were able to recover and have had very positive feelings. The Pertamina Mandalika Sag Team rider was sanctioned with a double long lap penalty for a jump start, which didn’t allow him to reach the front positions despite having had a great pace throughout the weekend. Bendsneyder finished in fifteenth position entering in the points.

The next race of the Moto2 World Championship will come after the summer break with a double header in Austria. The Styria Grand Prix will be held August 5-8 at the Red Bull Ring.

We made a step forward this weekend after a difficult time just before the long summer break. I think our race was good, the straight at the beginning was ok. I had a very good start and I could make up many positions but then I didn’t have the speed and I couldn’t stay with the group. My lap times were good which es very positive. Overall, two points it’s not what we wanted but at least we made a step forward and this is the positive what we take into this summer break. Would be also nice to just keep on racing now with this positive direction that we have but I think es also good to have a little break. Also for the team, they really deserve it. They worked really hard and they did a great job. Let’s get some energy and we will come back strong in Austria.

I just want to apologize to my team because it’s been a really positive weekend after a really bad Friday. The team did an amazing job, they worked until the least hours of Friday night and they gave me such a good feeling on Saturday. On qualifying, we made a good job for the race, I showed that the race pace was there to fight for the top 8 but I made a big mistake at the start. I made a jump start and I had two long lap penalty that made it difficult because I lost five or six seconds. After that, I put the head down and I gave my best to go back into the points. I showed that we were super fast and I overtook other riders quite easy. Now it’s time to take a break for a few weeks and after that go back to training to get ready for Austria.