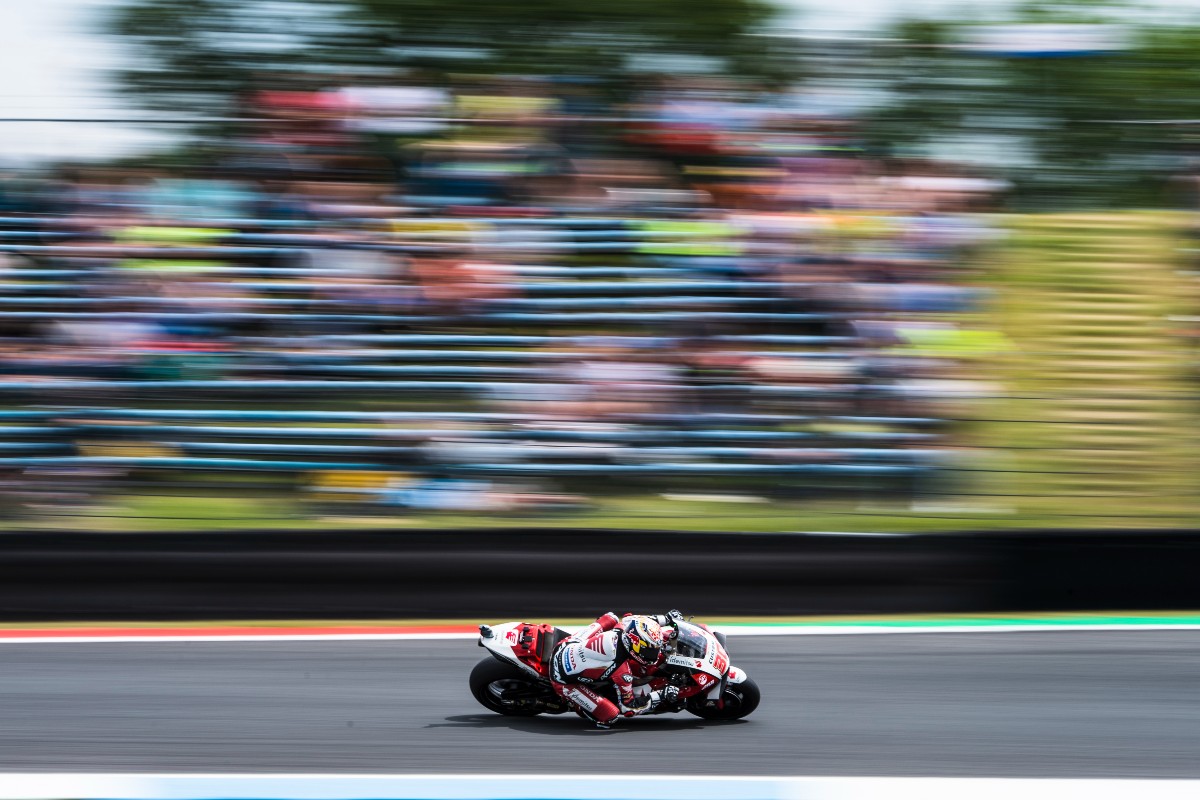 Takaaki Nakagami ultimately had to settle for a top 10 finish at the Dutch Grand Prix after a thrilling fight at the front of the field for the first half of the race. The LCR Honda IDEMITSU rider was challenging for the podium places and at one stage moved into second, but he lost ground after the midway point following a bruising battle for the leading positions at Assen.

Departing from fourth on the grid, the Japanese star made a brilliant start and moved up into third at the first corner. He defended that position impressively from Maverick Viñales and briefly edged past Pecco Bagnaia into second around the halfway point. But having lost third spot, he suffered as his rivals barged through and eventually took ninth at the chequered flag.

This was quite a positive race. At the beginning of the race I was ready to go, ready to fight and I was in P3. I tried to overtake Bagnaia but it was really difficult and overall I’m happy about the race performance. Of course, in the middle of the race I had one big mistake and dropped positions and ending up in P9 was not the best result. But I’m happy about the feeling of the bike and it was nice to be in P2 and P3 during the race. I want to say thanks to the team and I’m really looking forward to the two races in Austria after the summer break.