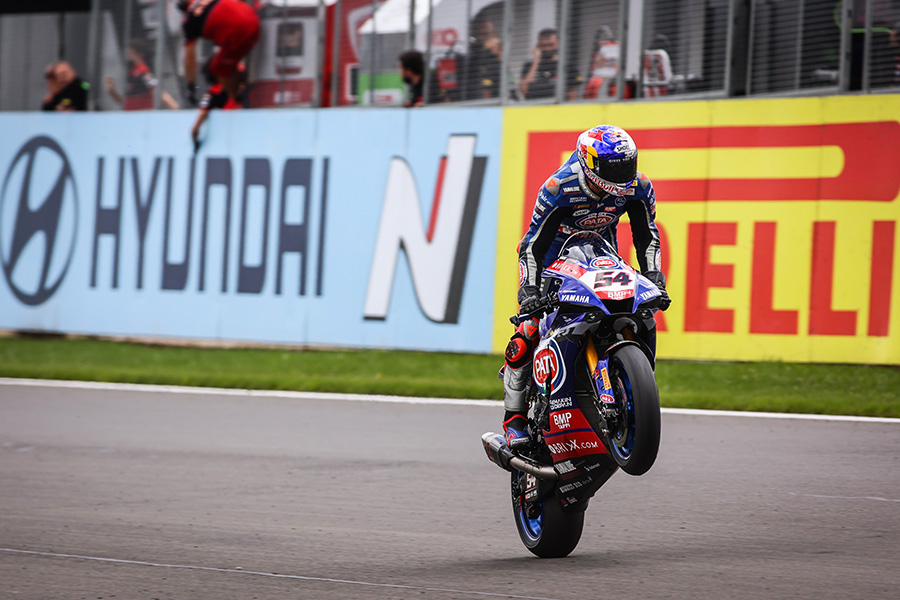 To conclude a weekend full of drama at Donington Park, Race 2 delivered even more for the Prosecco DOC UK Round in the MOTUL FIM Superbike World Championship as Toprak Razgatlioglu (Pata Yamaha with BRIXX WorldSBK) claimed a second victory of the weekend after Jonathan Rea (Kawasaki Racing Team WorldSBK) crashed out from the lead of the race just one lap after passing Razgatlioglu.

Rea was able to hold onto the lead of the race from his nearest rivals but found himself under pressure from Razgatlioglu in the early stages of the 23-lap race after the Turkish star once again made up positions from the start as he found himself in second place on the exit of Turn 1.

Razgatlioglu made his move on Rea on Lap 4 at the right-hander of Coppice, Turn 8, on Rea to move into the lead of the race as he looked for his second win of the weekend and to close the gap in the Championship down to Rea. Despite losing out to Razgatlioglu, Rea kept the pressure with Rea having a near-miss with the Turkish star under braking into the Foggy Esses.

Rea’s pressure paid off on Lap 10 when Razgatlioglu made a mistake at the same corner he passed Rea for the lead when he ran wide on his Yamaha YZF R1, allowing Rea back through into the lead of the race, but just a single lap later Rea found himself in the gravel at Coppice and tumbled out of the points, re-joining the race in 20th place on Lap 11; Rea finished the race in 20th.

#GBRWorldSBK, donington
Get All Our Latest News Sent Direct To Your Inbox
Follow on Social Media
Get the VROOM Podcast