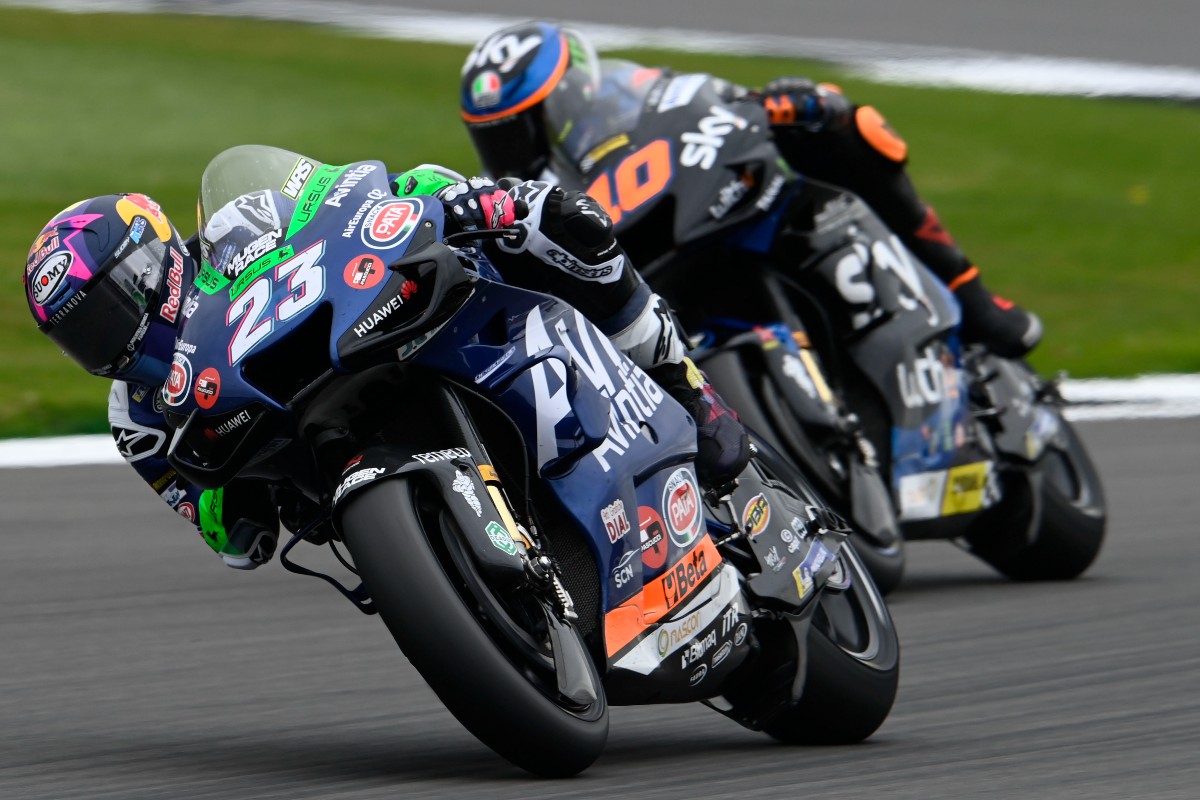 Enea Bastianini and Luca Marini completed a good race at Silverstone. Both crossed the finish line in the points, with the Avintia Esponsorama rider in 12th position and the Sky VR46 Avintia rider 15th.

Enea Bastianini made a great comeback to score 4 points. The Italian was fighting to stay in the points throughout the race, but during the last five laps, he was able to impose a higher pace than his rivals, to recover several positions and finish 12th.

Luca Marini crossed the finish line 15th and, for the third time in a row, was able to finish in the points zone.

In two weeks, the MotoGP World Championship will be back at MotorLand Aragón for the 13th round of the calendar, the Gran Premio TISSOT de Aragón.

I’m happy because I knew it wouldn’t be an easy race for me after the two heavy crashes we had, as I wasn’t 100%. I had a bad start, so I tried to be conservative at the beginning. In the middle of the race, I started to have a good pace, which allowed me to recover some positions. Overall I’m happy and we’ll go for more in Aragón.”

Obviously I can’t be happy with today’s position, I had a great pace and could have challenged for the top-10. I managed the rear well and I was hoping to have a bit more in the last few laps. I struggle to overtake on the straight, I can’t get close enough to the guys in front to overtake under braking and I often have to go long. This is an area we need to work on at Aragón and Misano to be strong under braking, because when you start from the middle of the grid it is difficult to defend yourself in the first few laps. In the end I fought with Bagnaia and I preferred not to attack because it’s important to help with the other Ducati riders for the championship and at this moment a point for him can make the difference.