Luthi finishes in 11th at the #BritishGP, 15th for Bendsneyder 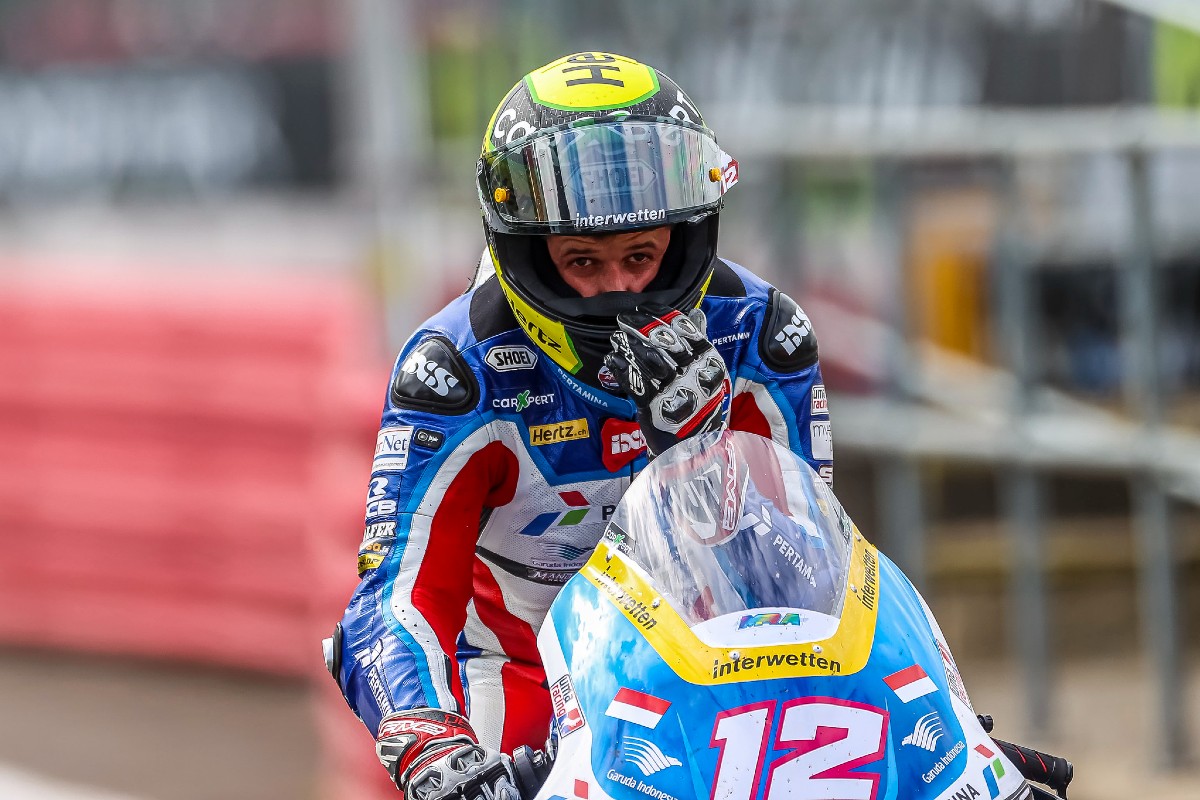 The Pertamina Mandalika SAG Team riders contested the British Grand Prix this Sunday at the Silverstone circuit. Tom Lüthi has progressively climbed positions until finishing in eleventh position. Bo Bendsneyder regained positions in the second half of the race and was fifteenth, so both riders managed to score.

Tom Lüthi, who started from 17th position on the starting grid, made a good start that allowed him to climb places from the opening laps. The Swiss rider progressively advanced also in the second part of the race where, once again, he overtook several riders to finish in eleventh position.

Bo Bendsneyder lost several positions in the opening laps. The Pertamina Mandalika SAG Team rider knew how to recover and began to regain positions. In the final laps, the Dutch riders continued to push until he crossed the finish line in 15th position and entered into the points.

The next race of the Moto2 World Championship will be from September 9 to 12 at MotorLand Aragón.

It has been quite a good race for us. Straight from the start I could stay on the inside in the first corner which was positive. I found my rhythm but unfortunately the starting grid position was too back because very early in the race already the leading group and also the group behind went away so I couldn’t reach them. Finally, I could fight through my group and I made a little gap to the riders behind me. We ended eleventh and this is not too bad if we take into account the qualifying position. We keep a positive mind to the next race in Aragón.

We took one point in the race. I struggled in the beginning quite a lot. It was very difficult to stop the bike and to keep the line. I tried to defend my place and after seven or eight laps I was getting more comfortable with the bike, that was good. Then I did some good lap times and that was positive. We take the positive for the next race and for the next race but we have to check what we can do at the beginning of the race to be faster. Now we are looking forward to Aragón, I like the circuit a lot.