Navarro scores a podium with 3rd in the #BritishGP, Aldeguer 16th 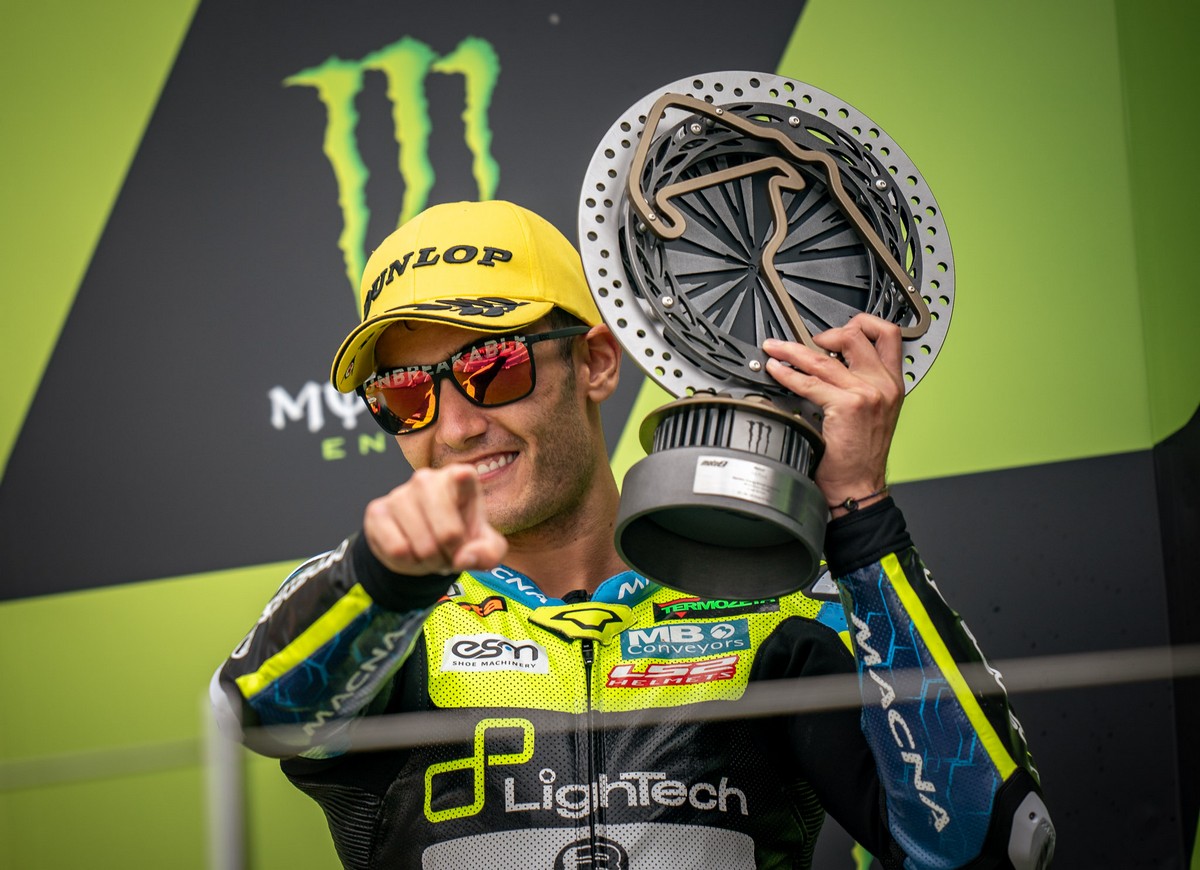 LighTech SpeedUp hit the first podium of the 2022 season with an amazing Navarro who finished the British Grand Prix in third position, while the young Aldeguer showed all his potential by arriving at the finish line one step away from the points.

A good start for Jorge who, however, must immediately deal with poleman Bezzecchi and Lowes, who plays at home. Gardner joined him on the following lap and then Di Giannantonio reached after a few laps by Navarro when the number nine set his pace, a great pace, with which he marked the fastest lap in the race. With four laps to go, he overtook Lowes and so took the third position which earned him the third step of the BritishGP podium.

Fermín Aldeguer also finished a great weekend showing fast progress and determination in every session. Some difficulties in the first part of the race in which he lost five positions until the comeback where, thanks to some overtaking, he regained the sixteenth position.

Very happy! We worked well all the weekend, I really enjoyed riding the bike and it hadn’t happened in a long time. Happy with the final result, I knew I was among the best this weekend, I honestly didn’t expect Gardner and Bezzecchi to have that pace, I thought ours was superior. At the end of the race, I set my highest pace but I was unable to recover the gap from the victory. Anyway, I think the podium is a great result, we need to keep this positive energy to finish the year in the best possible way. Many thanks to my team, to all the sponsors and to the people who support me at all times, especially in the most difficult!

The way we started the weekend this is not the result we wanted and hoped to achieve, I think we deserved something more, but in any case, we had a good race given the difficulties encountered on track. I am therefore satisfied with our first British Grand Prix, we have accumulated experience and enjoyed it very much. I can’t wait to go to Motorland!