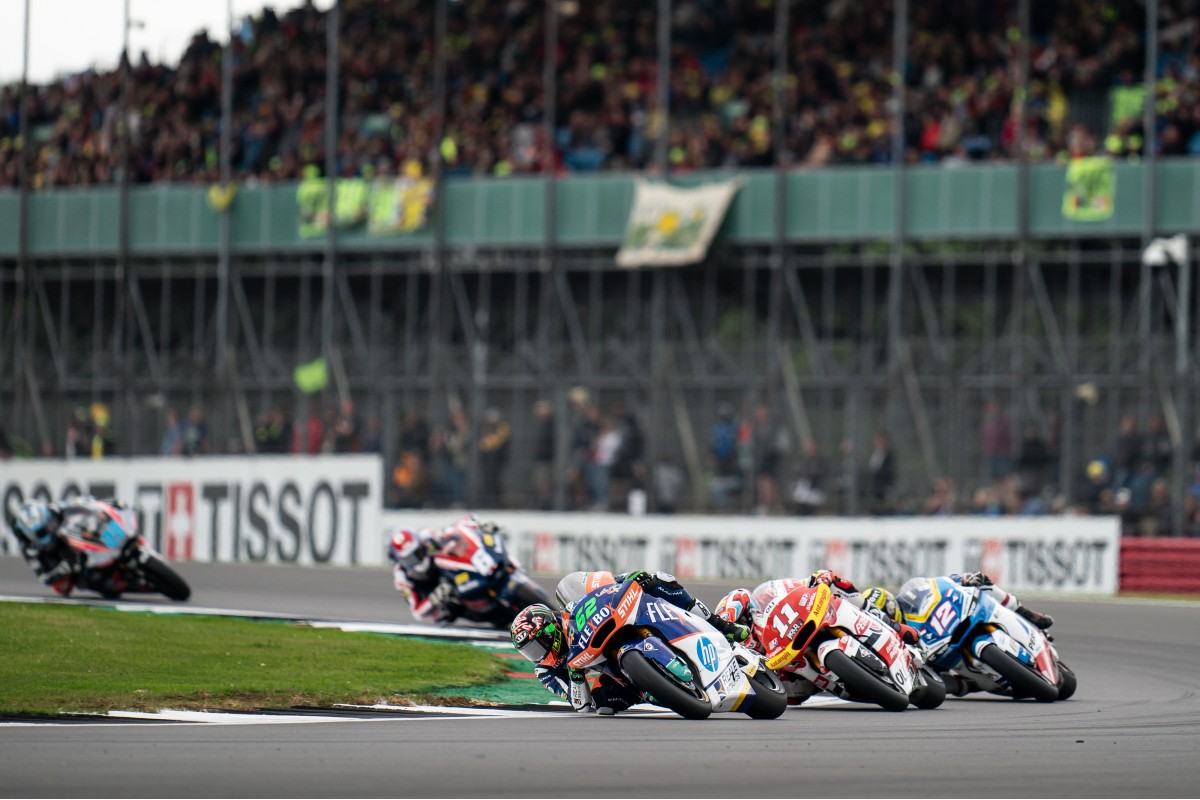 Manzi and Garzó started from the twelfth and twentieth position, respectively, and with the firm objective of making a good performance in the race that would allow them to fight in the points and top-10 zone. Both have started well and were doing a good race, Manzi being twelfth and Garzó fourteenth, when in the last thirteen laps Garzó crashed and Manzi, with nine laps, also. Both have not been able to rejoin and thus ended a Sunday to forget.

Today’s crash was a shame and I really don’t know what to say. It was a positive weekend and today in the race the tire we have chosen did not work as we expected and with the passage of laps the feeling was not good and by forcing more than necessary I could not avoid the fall. A real shame but already thinking about the next race.

Tough weekend at Silverstone. We tried a lot of things all weekend and today in the race too. We had a good start, I felt strong and today, before the crash, I made a couple of mistakes and then no I have been able to avoid crashing. Despite this, we have understood how the bike works, we have found the setting and if we were to run again, now we have the correct set-up and that is the positive. I am very much looking forward to Aragón and as always thank the team, Sito and sponsors.