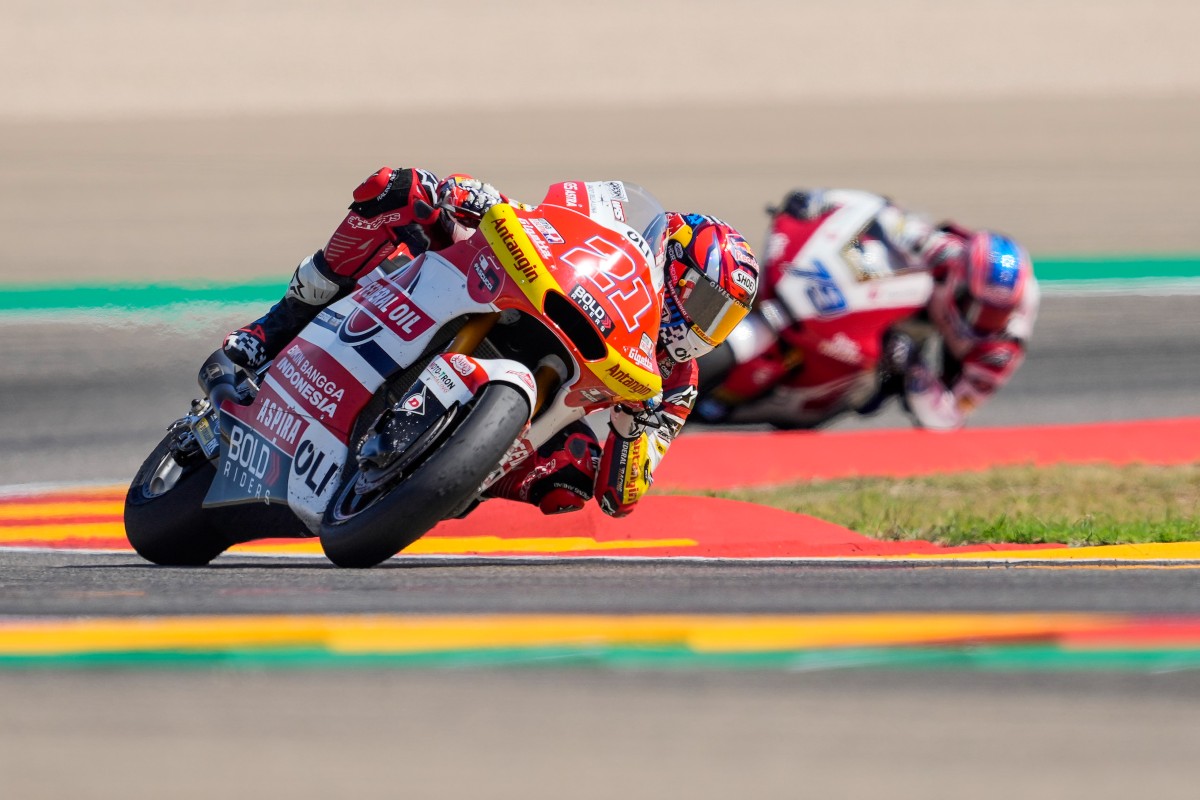 Fabio Di Giannantonio has bagged some more important points at MotorLand Aragón courtesy of a performance of consistency and a sixth-place finish in the middleweight class race. On a favourite track of his, the Italian rider would have surely loved to battle for the podium, but courtesy of today’s ten points, the #21 consolidates his seventh place in the standings as he breaks the 100-point barrier.

This is Di Giannantonio’s fifth-best result of the season, as the young rider is now aiming at Misano to return in the top five of the championship standings – which is currently only seven points away.

It was a challenging weekend on the other side of the garage, with Nicolò Bulega who was having a good race before an issue forced him to an early retirement with five laps to go.

It was a very difficult race. We thought we had a great warm up and that we would have been up there battling for the podium, but it ended up being more of a survival race. We’re taking some important points home for the championship standings and now we are aiming high for Misano. We want to do a lot better at home.

I was doing a good race; I could have finished 11th and I was even quicker than the guys ahead. But then with five laps left the bike stopped without any apparent reason.