Bezzecchi and Vietti both in top 10 at #SanMarinoGP, 5th and 10th respectively 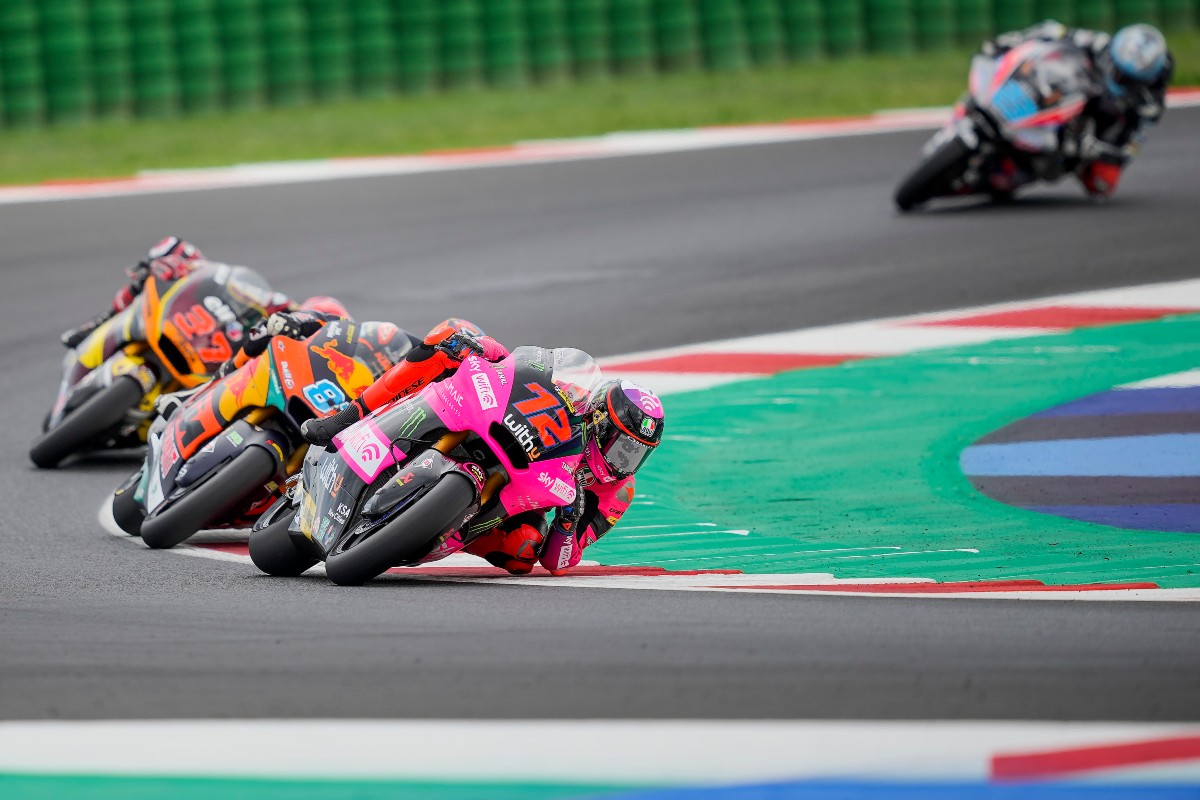 Good team result for the Sky Racing Team VR46 in Misano where today the San Marino GP took place with Marco Bezzecchi and Celestino Vietti both in the Top10.

Started from the eighth position of the grid on the special livery that incorporates the colors of the Sky Wifi logo, Marco had a great start and immediately was in the slipstream of the first guys. Fifth halfway through the race, he tried to close the gap on the group fighting for the podium before crossing the finishing line in P5. With today’s points, the rider of the Sky Racing Team VR46 is third in the overall standings (190 points).

Another good recovery for Celestino, who scored the points for the 10th time in this season as a rookie in Moto2. 17th at the start after a bad crash in the warm up, overtaking after overtaking, he has climbed up the rankings to the tenth place.

A start with closed eyes until the first turn. I tried to give my best, I wanted the podium in front of the home crowd, it would have been a nice gift for everyone. A pity, it was still a good race, I have struggled at the start with a full tank then I tried to recover but the gap was too large.

First of all I would like to thank the team: they did a great job after the warm up, practically re-doing the bike from zero. I’m happy, it was a good race and I managed to make a good step forward compared to the qualifying. We solved a couple of problems from yesterday and we managed to make a great recovery and keep a good pace until the finishing line and in the final laps. We have to be happy with this and work to be able to find the feeling even faster.