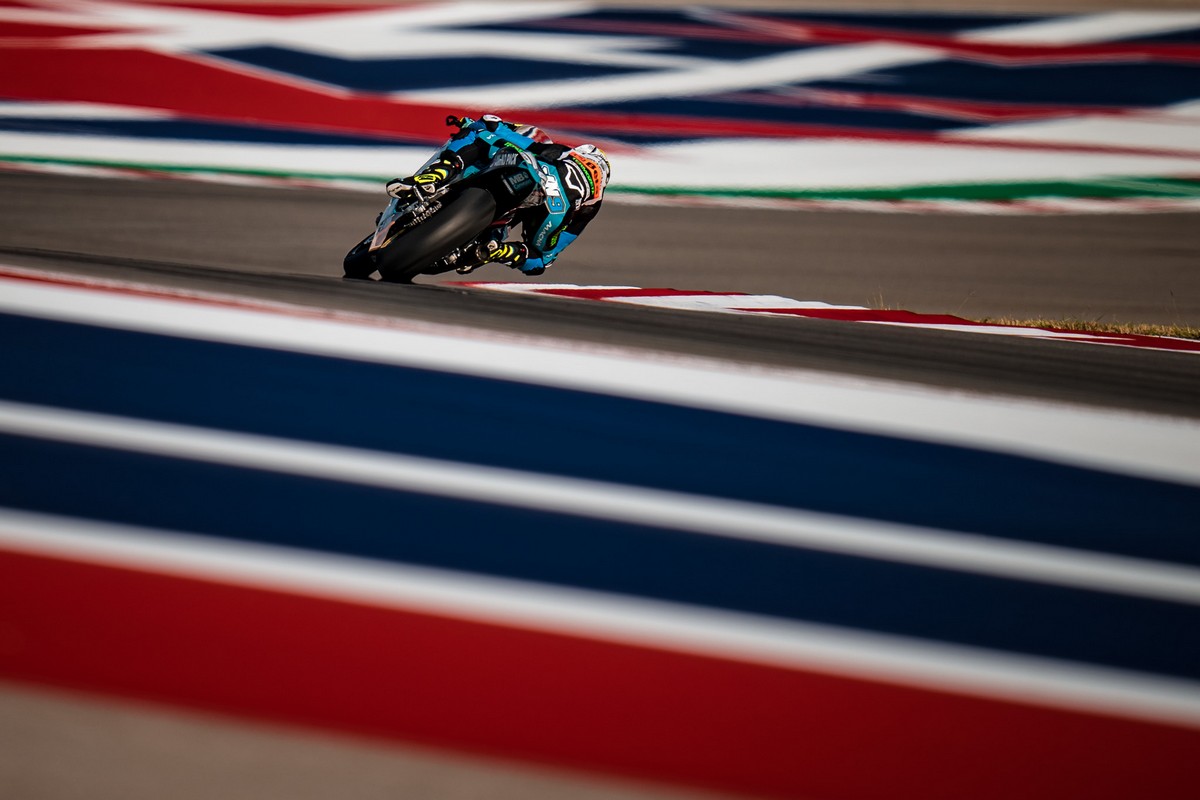 MB Conveyors SpeedUp ended the Grand Prix of the Americas with the twelfth place of Jorge Navarro and the twenty-first of Fermín Aldeguer.

A tough weekend for both riders that ended with a difficult race in which Jorge and Fermín gave everything, showing a lot of determination and grit.

From the sixth row Jorge made a good start recovering two positions. In the race, the sensations with the front of his Boscoscuro bike were not great, but Navarro managed the 18 laps well, defending the twelfth position giving his all until the last.

The Grand Prix of the Americas was not an easy race for team-mate Aldeguer either. Some difficulties encountered especially in the first laps put a strain on the number 54 who, however, was able to reach the finish line accumulating experience on the track with his Boscoscuro B-21 bike.

It was a super complicated race. Right from the start, the sensations I had were not good and so until the end, holding on and trying to reach the best possible position. I gave it my all, fighting to the maximum but today we couldn’t go beyond the twelfth position. On the one hand, I am satisfied and eager to rest in these days to get ready for the last part of the championship.

Very difficult race, but let’s look on the bright side. We still don’t know what problems we had in the race, perhaps the rear tyre, but in any case, we ended a difficult weekend without ever giving up. We are already thinking about the next race in Misano to do our best.