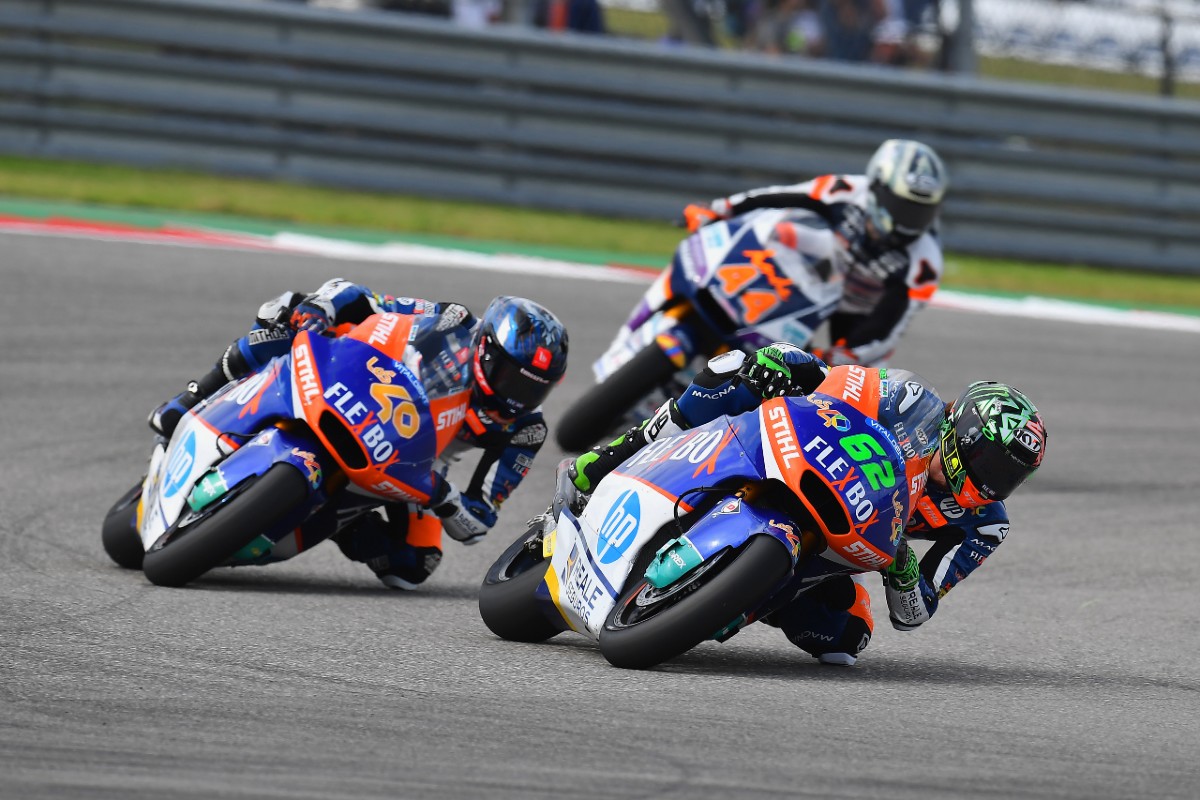 A difficult weekend for the FlexBox HP 40 riders in Austin, which was reflected in the race on Sunday, marked by strong heat.

Garzó started the race from the twentieth position. After a good start, the FlexBox HP 40 rider was climbing some positions but physically diminished he was suffering to be able to stop the bike in the curves. In one of them, he has gone long to save the crash but that has made him stay far behind in the group and with difficulties to ride the bike, so he has returned to the box abandoning the race.

Tough race also for his teammate, Stefano Manzi. From the twenty-second position, the FlexBox HP 40 rider made a good start and climbed up some positions, staying close to the points area, which would have been a good reward for a weekend that started badly with the penalty imposed to the rider.

It was a very tough race. We started from the 22nd position but we have come back some positions and, although it is not a good result, I am happy, since having lost a day here has penalized us a lot, and we could have finished in the points perfectly.

Today was a very tough race due to the heat. We had a good start, but I quickly noticed several movements on the bike and it was difficult for me to stop it. We saved a crash but that made us lose a lot of positions, we were far behind and could hardly ride the bike anymore, so I went into the box. It is not the result we deserve and we will fight to get where we are. Thanks to the team and Sito for always giving their best.