Solid comeback for Alcoba with 14th in #EmiliaRomagnaGP 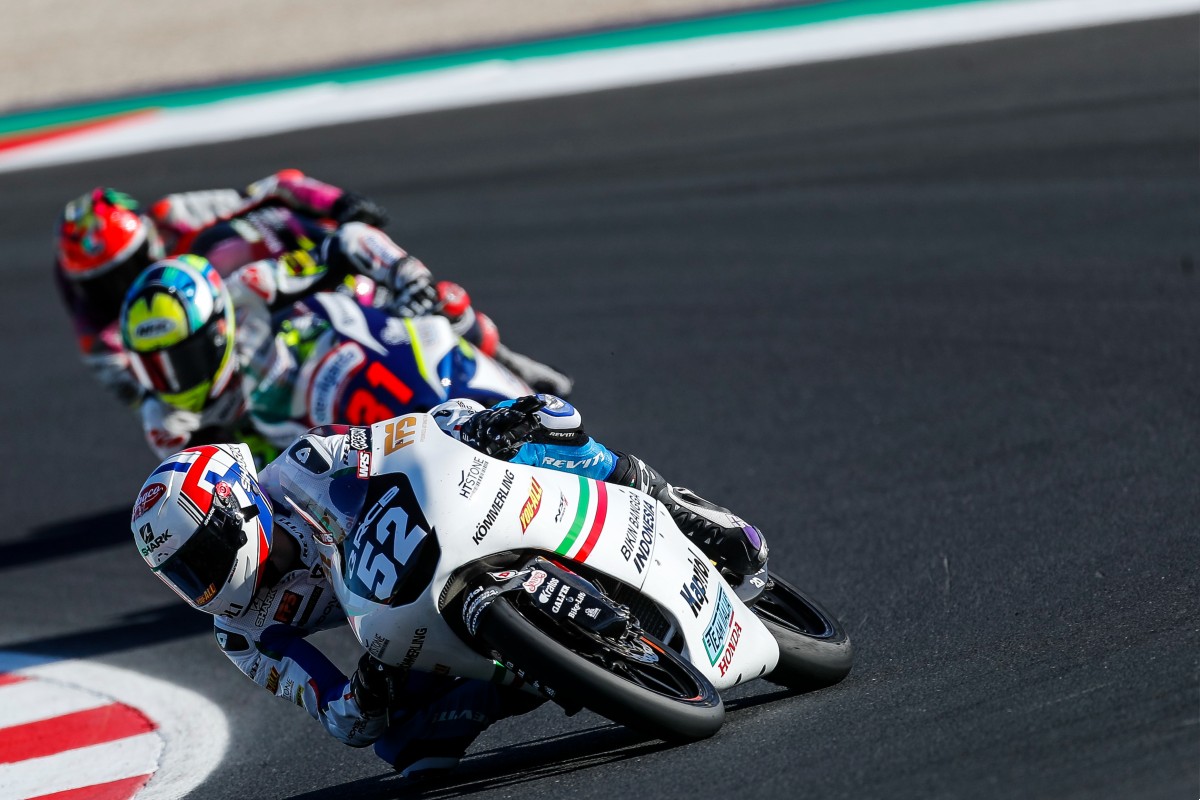 The sun shone over the Misano World Circuit today, and on the livery dedicated to Fausto Gresini. Despite being absent from the lap of honour due to time restrictions, Jeremy Alcoba did honour his way this tribute to the late-great Fausto with a great comeback in what was surely not a simple race.

Starting from 26th place on the grid after a nightmare qualifying, the standard bearer of the Indonesian Racing Gresini Moto3 team did well first of all in avoiding the damp patches on the track (especially in the early stages of the race) and then in finding a good race pace who saw him at times being faster than the riders at the front.

The two points claimed today have brought a change to Alcoba’s position in the standings, as he now sits 12thwith a total of 72 points. With Portimao and Valencia still to be contested, the goal of the top 10 in the final standings is still alive (and currently 18 points away).

It’s a shame that we started the race so far back, because we had a good race pace, and we would have surely been able to battle for a strong result otherwise. The bike was working well, but often we find ourselves paired with a rider who kind of ‘breaks’ our rhythm. I tried hard, especially inside corners, and I took some risks. I was feeling strong, and I was hoping to get in the top ten, but it’s fine anyway. It was important to put together a good comeback to also honour this fantastic livery.