Alcoba on fire in #AlgarveGP, narrowly missing a podium finish with 4th 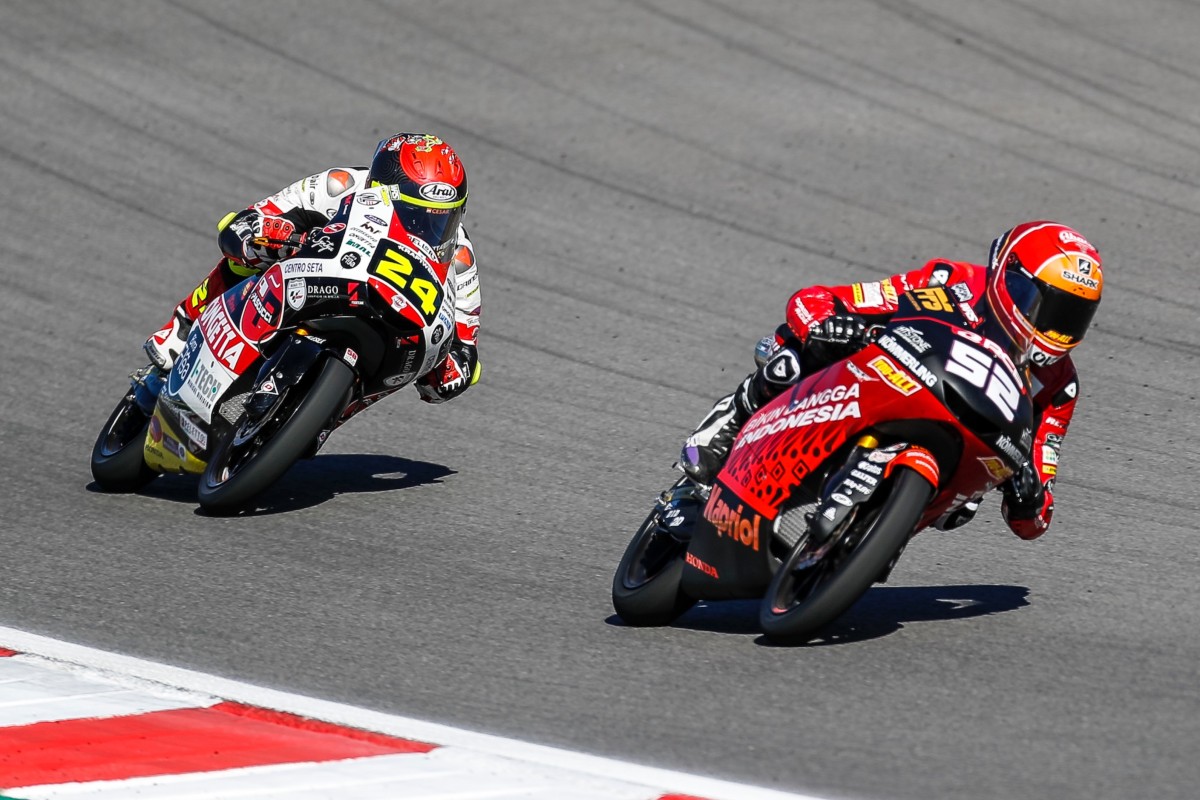 Without Gabriel Rodrigo, it was Jeremy Alcoba who had the test to waive the banner of team Indonesian Racing Gresini Moto3 high at the Algarve International Circuit. The Spanish rider, who loves this track, managed to play his cards right as he made his race pace his strong point.

From 11th place on the grid, the number #52 was able to run as high as third in the final stages of the race, but a small mistake on the last lap took any podium chance away. The points earned today are very important in order to finish the season on a high note, hopefully with a great result at Valencia.

For the final event of the season, Team Gresini decided to honour the category by replacing Gabriel Rodrigo (injured) with the youngster Josè Antonio Rueda. The 16-year-old from Seville will have the chance to try his skills at a world level on a track he knows well thanks to his participation to the CEV Moto3 class (he was seventh at the end of the season and best Honda rider with 68 points).

On a track where I felt superior, I was surely expecting much more. My size didn’t help me once again: I was really strong under braking but I went wide a few times and had to recover. The bike set-up was excellent and we ran as high as third. Unfortunately I almost lost the rear at turn five during the final lap but I was able to make a save to what was almost a sure crash. We get fourth after Binder’s penalty, even though it hurts not being on the podium today.