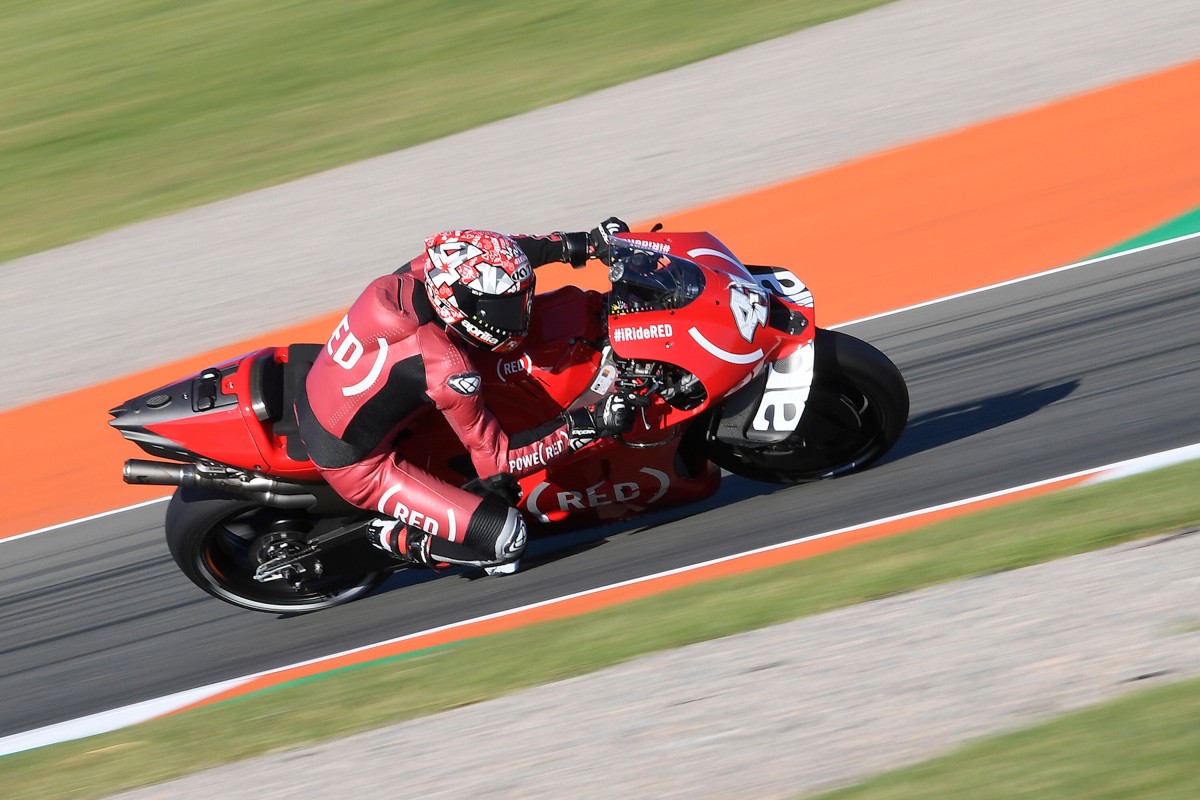 On a weekend that will be remembered as Valentino Rossi’s last one in MotoGP, Aprilia Racing also pays tribute to a great champion, happy and proud to have played a part in his story. Rossi took his first and unforgettable world titles astride the RS 125 and RS 250, paving the way for an inimitable career. Two pearls in Aprilia’s extensive trophy case.

For the brand from Noale, this was also the race that marked the end of collaboration with Team Gresini. These have been seven years of growth, culminating in the results of this great season. Goals, milestones, difficulties, joy and a lot of hard work done together characterised these seasons. Now that we are parting ways, all of us at Aprilia Racing extend our thanks and most heartfelt thoughts, in memory of Fausto, to the entire team that has accompanied us to this point.

In the race, after a good start and first half battling for fifth and sixth place, Aleix had to reckon with a drop in tyre grip, but he defended ninth position to the end. This umpteenth top-ten finish means that Espargaró ends the championship season in eighth place. The 120 points earned, an impressive 78 more than last season, are a clear testament to his growth and that of the RS-GP in a season that peaked with the first podium, taken in Silverstone.

Until the final part of the race, Viñales was unable to find the good pace he had demonstrated that he was able to maintain yesterday. It proved to be too late to move up any positions, despite closing the gap with the riders ahead of him, but the Valencia weekend also added to his experience on the RS-GP. This knowledge will now serve as the foundation on which to build his 2022 season, starting with the upcoming tests where Aprilia Racing will be busy on the Jerez track this Thursday and Friday.

At the beginning, when the tyre had grip, I felt good and made up quite a few positions. However, doing that took its toll on the tyres and they paid the price in the finale. The RS-GP gets harder to ride with low trip, so in the end I had to settle for a result which still gives me a good season finish. This is my best season with Aprilia. We finished ahead of riders who are extremely worthy adversaries and we know that we can do even better. This is our mindset as we prepare for 2022.

The race today was in line with what we have demonstrated during this final part of the season. I’m able to be fast with Aprilia, doing good lap times, but I’m lacking the right feeling to be consistent throughout an entire weekend. We still achieved our goal, which was to get ready for 2022, identifying the areas we need to work on. We have an extremely clear idea as to what they are and that is what I’m most pleased about, because during the winter, the engineers will be able to use this data and the experience accumulated to make the new RS-GP more suited to my needs.