Manzi says goodbye to the year with 13th in the #ValenciaGP, Garzo DNF 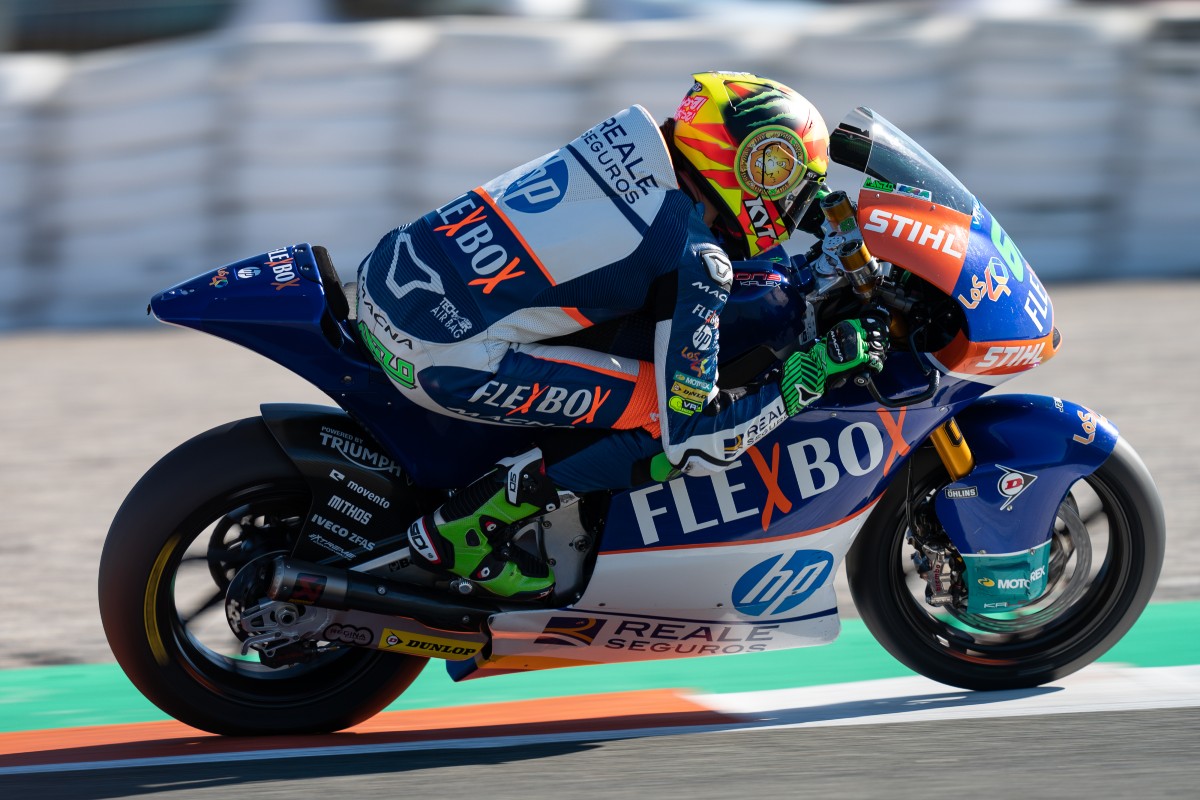 The FlexBox HP 40 has said goodbye to the season today at the Circuit de la Comunitat Valenciana – Ricardo Tormo in the last grand prix of the season.

After a complicated qualifying, Garzó and Manzi were racing today with the aim of climbing positions and looking for the top 10.

The two pupils of Sito Pons were climbing positions together and close to the top 10, at which point Garzó has crashed and dismissed the season. Manzi has followed his particular comeback and crossed the finish line in thirteenth position, scoring points on his locker.

With the weekend completed, the FlexBox HP 40 says goodbye to the season and its two riders, Garzó and Manzi, whom they thank for their work done and human quality and wish them the best of luck in the future.

Today we made a good comeback, reaching thirteenth position. It was a shame that the number of laps was reduced because we could have come back further. Still, good race to end the year. I take this opportunity to thank the team for this year.

A pity about the crash today. We started well and we were riding well and falling 4 laps from the end was a shame, but we gave everything as always. I want to thank the team for their work always and also Sito and the sponsors for these two years. Thank you for everything and we will meet again along the way of life.